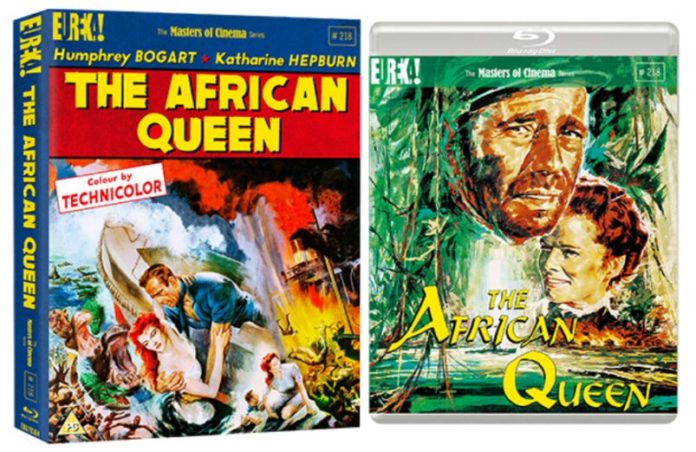 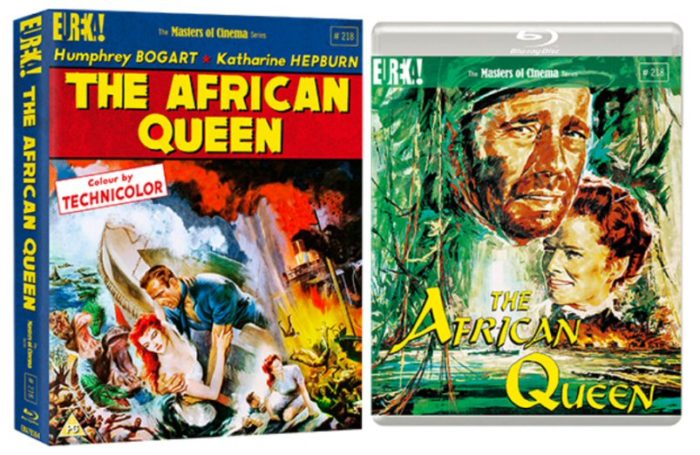 Jamie Havlin takes a look at a romantic adventure comedy movie that became an instant classic.

If you’re reading this you’ve likely already seen The African Queen. If you’re new to the film, then you’re in for a treat.

Humphrey Bogart is Charlie Allnut, the captain of a temperamental tramp steamer called the African Queen. Once in a while, he brings supplies and post to Kungdu, a village in what was then known as German East Africa. This is home to Rose Sayer (Katharine Hepburn), a spinster and the sister of pompous British missionary Samuel Sayer (Robert Morley).

It’s Charlie who informs the pair that war (WW1) has broken out. Soon Germans troops arrive. They burn Kungdu to the ground and press gang the villagers to their colonial army. Samuel dies after being beaten by up and Rose is forced to flee.

To escape, she must join Allnut on the Queen, and travel down a river fraught with many dangers. These include crocodiles, leeches, dangerous rapids and some Germans intent on blowing them to smithereens.

Jean-Luc Godard is credited with saying: ‘All you need for a movie is a gun and a girl.’ Here for a big chunk of its run-time, all director John Huston needed was a man, a woman and a boat.

Charlie is vulgar, unkempt and seldom not smoking or gulping back mouthfuls of gin. Rose is ladylike and abstemious. She can’t abide his drinking and what she perceives as his bad manners. He resents her pettiness and prudish attitude.

The perfect mismatched duo, in other words.

This is going to be some journey. 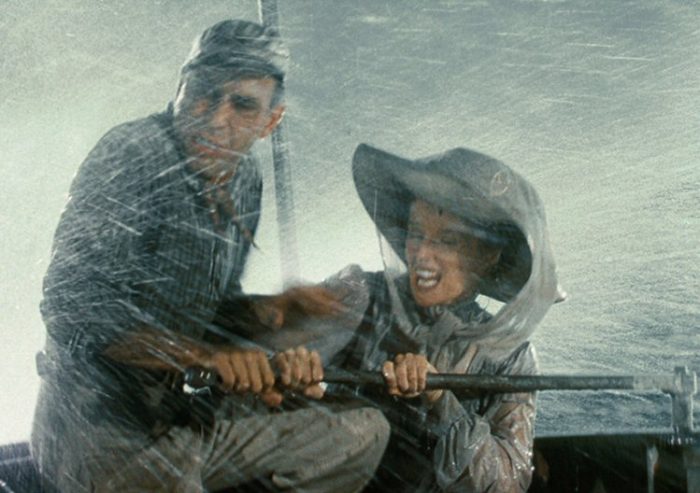 Okay, if you wanted to nitpick, you could find faults. Bogie’s part was written as a Londoner but changed to a Canuck instead, as the actor struggled with the Cockney accent. He struggled with a Canadian accent too. Rose is supposedly from the English Midlands but I’ve yet to meet anybody from that part of the world that sounds remotely like her.

The film is almost seventy years ago after all.

Despite these minor flaws, it remains a fresh watch, and its rich Technicolor dazzles in this 4K restoration. The chemistry between the leads is remarkable. It’s funny. It’s good old-fashioned entertainment and surely impossible to dislike. 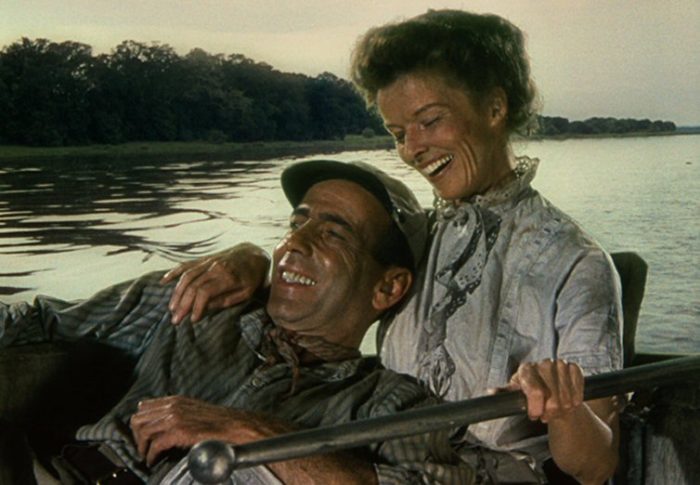 The African Queen was a massive success. It earned Humphrey Bogart his sole Oscar for Best Actor, beating off some stiff competition including Marlon Brando and Montgomery Clift.

Additionally, Katherine Hepburn was nominated, as was John Huston for his direction, and the screenplay he co-wrote with James Agee.