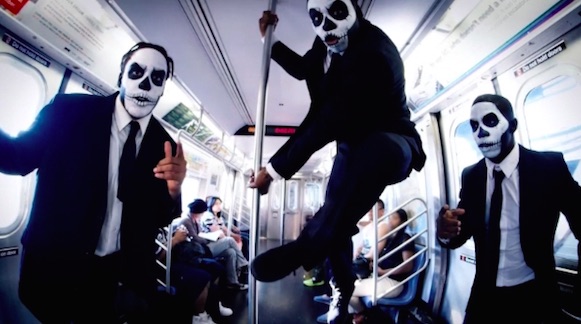 The Afghan Whigs were recently over here in the UK kicking off a European tour in support of their recent Sub Pop released album, Do to the Beast, which we gave a perfect 10 / 10 review too. Louder Than War’s Mike Bennett was at the Manchester leg of the tour – check out his review below.

To some of us, it seems entirely appropriate that The Afghan Whigs return to Manchester should be in this beautiful old place, where a lot of guilt and its relatives must have passed through the doorway, the thin hope of redemption trailing behind them. Before the Whigs, Duke Garwood and his band, a man very well respected in circles of earnest late forty something musicians and one of Mark Lanegan’s go to guys, making music entirely at ease with the serious leanings of the evening, the sound of an East London swamp or the back room of a pub where Tom Waits was the landlord, this was perfectly suited to the occasion.

One of the greatest things amongst the many regarding the Afghan Whigs has always been how the music and lyrics seemed so simpatico, the collision of word and sound always perfect, a dirty white hot funk, the sound of Prince played through the tiny, tinny speakers of a cheap foreign car, whilst Greg Dulli rages against the dying of his own red blood cells.

Tonight they start with Parked Outside, a colossal return to form, like a slowed down Spiders from Mars, heavy and glamorous. The set is predominantly from Do To The Beast, not surprisingly, with some golden old jewels thrown in to remind us of their heritage. For some of us, Gentlemen is an era defining album of such profound beauty that we can never get past it, only returning to it occasionally to marvel at its wonder, but DTTB is as close as reasonably possible, and they do it some justice. By the time we’re halfway through, the Motown meets Len Cohen jam that is Algiers, it’s almost easier to imagine a new band who started late, as the music soars off into the high beams and stained glass of the Cathedral, as the outside light drops into the dark.

Whilst Dulli never wavers from his heartbroken pimp thing, the band move musical mountains behind him, an undulating sea of minor chords and slow moving energy, on the verge of, but never actually falling over the sides of the ship. The first encore, Gods Children from Gregs collaboration with Mark Lanegan, The Gutter Twins, is as surprising as it is welcome, a dark hearted and wonderful thing, followed by John the Baptist and finally Faded, which segues into Bobby Womack’s Across 110th Street, a tribute to not only the very recently deceased soul genius, but arguably the logical meeting place of the Whigs entire catalogue of and for the broken.

Afghan Whigs can be found on Facebook and they tweet as @theafghanwhigs. They’re also on Soundcloud if you want to hear more music by them.

All words by Mike Bennett. You can read more from Mike by checking out his Louder Than War Author’s Archive.