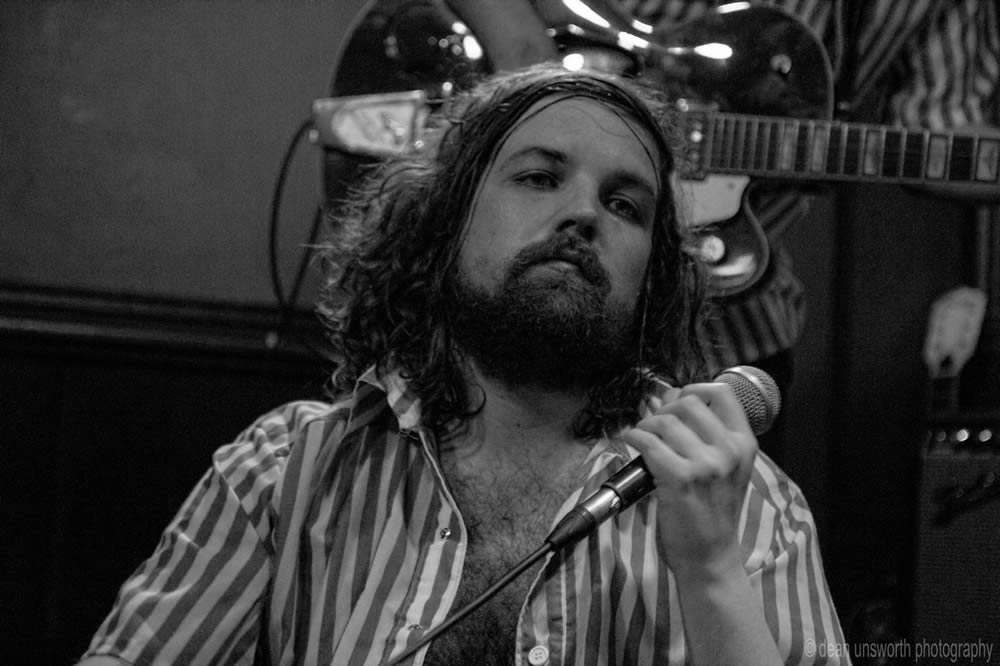 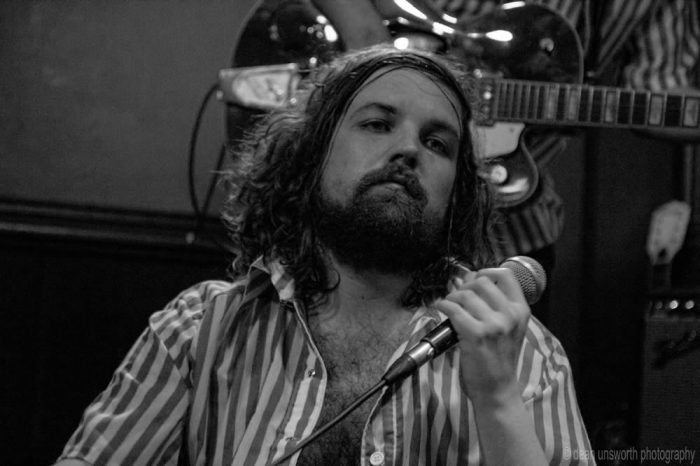 Manchester’s The 99 Degree played The Castle Hotel last night, spewing out their own brand of Manc surf rockabilly-punk, Nigel Carr walked through broken glass to catch them.

Such is the explosion of genres clattering around The Northern Quarter these days it’s getting difficult to keep up with it. Bands are sharing bills with vastly different groups leading to events with ‘pocket audiences’. They come to see one rock band and then leave when the punkier headliner comes on. Tonight The 99 Degree organised the whole show, seeing sense not to mix the genres so to speak!

Having missed The Echos Rays I catch Mold in full flow. It’s fucking mayhem – the band have scrawled all over their faces with black and orange face paint. The drummer looks like a crazed Frank Zappa, the singer, Syd Barrett on acid, (of course!) and the bass player, a latter day Jesus who got lost in Staples. The sound is mad; tracks like Heart Full Of Soul, a sprawling stop-start garage punk gem, with intense freak outs giving way to languid mid sections before hollering to a close.

That’s two references to Mr Sheik Yerbouti and that pretty much sums this band up. Frank Zappa meets Captain Beefheart with a smattering of The Legendary Stardust Cowboy – look him up.

There is more than a certain charm to this band– they set the scene for what’s to come, and frankly I can’t take my eyes off them. Just a shame that the lighting is so bad!

The 99 Degree march on to the stage through the crowd dressed like the Beach Boys on the front cover of Surfin USA! – a small hint of what’s they’re about. I walk through a sea of smashed pint pots as a whole cascade of them hit the deck just before crowd surges forward!

Lead singer Joe is certifiably insane – think that bearded guy from The Hangover films – staring into space for no apparent reason, licking his lips lasciviously whilst caressing his ever more bared, hairy chest, before screaming in to the mic. It must be 99 degrees in the back of The Castle tonight and half way through he looks like he’s about to faint, squatting on the stage and rolling around the floor between tracks.

They are not the first band to integrate a bit of slap back delay in to their sound but it sounds fresh and vibrant a la Dick Dale – Misurlo in a slapstick, ramshackle, rockabilly kind of way.

They are here to promote their new EP Boot Hill Surf Club and crack on to debut the four tracks in order. Banshee has a bit of The Fall in there, bouncing lyrics with cleverly rhyming couplets – surf garage, a proper monster mash up! It’s overlaid with Phil’s excellent guitar work. 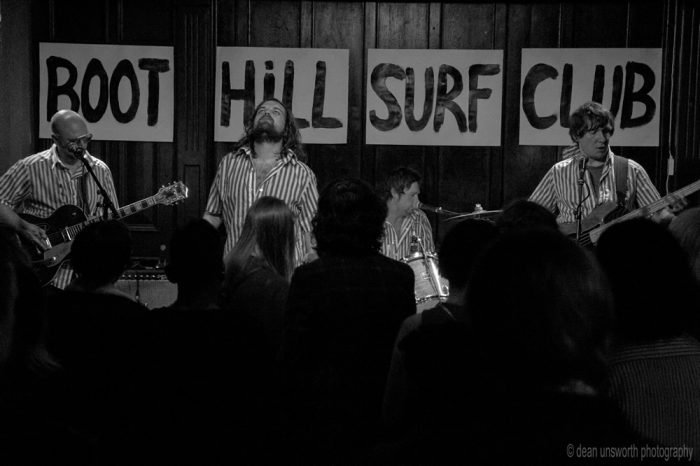 Paul on bass looks permanently bemused by the whole affair – staring blankly from the small stage while drummer Craig flails his swizzles in the most sporadic of ways, ever so often twatting one of the cymbals.

Accepting the odd self indulgent ballad, for me it’s tracks like Bed Of Bones, Losing My Mind and Dead Or Alive which are highlights. Lilting somewhere between rock ‘n roll surf and sea shanty – how appropriate! Story songs which inject a bit of good old fashion ye-ha country-meets-punky-drunken sailor into the mix. 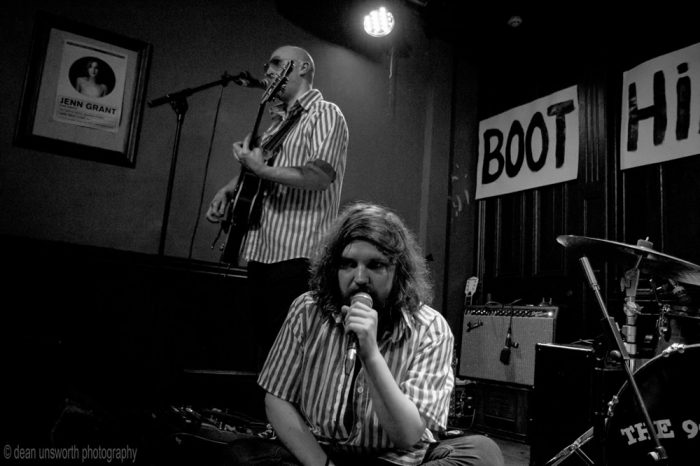 The sound is mad, raw and random but they have something very charming and despite the references it sounds fresh and original. They’re certainly not following any particularly recognisable path – and you know what? I quite like that. I get the impression they could nail it one night and completely fall apart another. I recommend you see them and make your own mind up – there’s definitely some method in their madness, I’m just not sure what it is!