Home Music The 1975: Notes On A Conditional Form – album review 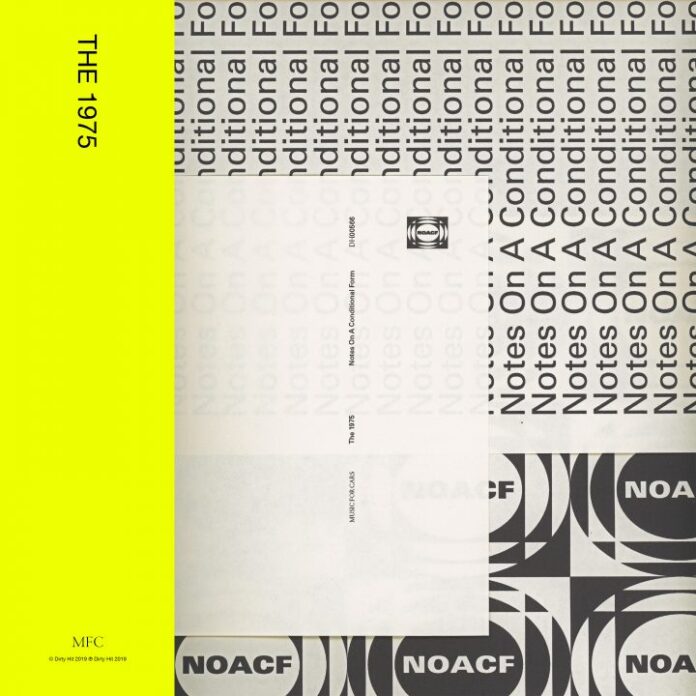 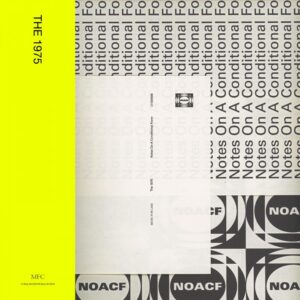 The 1975’s new album is huge and sprawling, exploring almost as many genres as it has songs. It shows off the band at their best – and their worst. Elliott Simpson reviews.

The 1975 have always wanted to be regarded as an important band. Not only has frontman Matty Healy stressed this in interviews and during shows, but it also shows in the creative decisions they make. What other band would choose to open an album with a four-minute-plus speech from Greta Thunberg?

In truth, important probably isn’t the best word to describe them – a better one would be frustrating. And I say that with affection. The 1975 are clearly very talented musicians, who I think have it in them to put out a truly fantastic album. However, with each new release, when it seems as though they might be about to put out something truly spectacular, they always seem to miss the mark.

2018’s A Brief Inquiry Into Online Relationships is the closest they’ve come to that goal. An album that managed to feel both eclectic and unified at the same time, with tracks like Love It If We Made It pushing the band to new heights. Unfortunately, Notes On A Conditional Form feels like a step back in many ways.

The 80-minute behemoth features plenty of great songs: hardcore rager People shows the band taking notes from old-school punk, while Me & You Together Song perfectly recreates a 90s alt-rock jangle. Then there’s If You’re Too Shy (Let Me Know), an irresistible 80s pop throwback – well-worn territory for The 1975 – that’s destined to end up on every party playlist for the foreseeable future.

All of these songs are excellent taken separately, but placed together on an album they don’t sit well. The 1975 have frequently taken a chameleonic approach to songwriting, but never as much as they do on Notes On A Conditional Form.

In addition to the previously mentioned genre-hops, the band also explore sounds as disparate as 2-step garage, Bon Iver-like folk, dancehall, and ambient electronic. It’s just as jarring as it sounds. When the blistering People gives way to the soft, electronic instrumental track The End (Music For Cars), I find myself double-checking that I haven’t put the album on shuffle by mistake. Notes On A Conditional Form is filled with moments like these.

This lack of unity is also present in the album’s lyrics as well. The way it opens, with the aforementioned Greta Thunberg speech, leads you to believe The 1975 are setting out to make a grand political state. But no, not really. After the album’s first two songs, the theme of environmentalism is dropped completely for the following twenty.

This where the album falters in comparison to A Brief Inquiry Into Online Relationships, which at least felt like it was tied together by a theme. Notes On A Conditional Form never sounds like anything more than a random assortment of songs.

And then there’s the length. At 80 minutes, it’s a huge slog to get through, especially when there’s so much filler and the tracks don’t flow together cohesively. There are several songs here that just kind of exist, like the many electronic instrumentals. If The 1975 had opted for brevity and cut the album down to its best 40 or so minutes, then its other flaws would be a lot more bearable.

It seems as though the only reason for the album’s excessive length is to create the illusion of importance. Yet, for how much ground the band cover – both musically and lyrically – rarely do they seem to have anything to say.

Ultimately, Notes On A Conditional Form is an album that shows The 1975 indulging in their best and worst tendencies. There’s some fantastic stuff here, but you have to dig for it a little too much. It’s frustrating, yes, but isn’t that what we’ve come to expect from The 1975 at this stage?