This week saw a cataclysmic announcement which shook the folk music world to the core. Now the dust has settled a little and the social media, and even The Independent, have passed judgement, Louder Than War have their say. Trying his best to avoid a sentimental and cliché driven feature, long term fan and admirer, Mike Ainscoe, offers up a personal perspective and considers the implications as Bellowhead reach the  end of the road.

Empathise if you will – the moment when  members of the Bellowhead mailing list view the ‘That’s All Folks : Bellowhead call time’ line in the subject header. You prepare for the worst with the small hope it’s some play on the famous Hanna-Barbera Cartoon slogan, or even a hint of a new album, but really you know it’s not going to be good news and the unthinkable is about to unfold.

Jon Boden has decided to call time on his role as vocalist in the band after being what he’s called “an eleventh of Bellowhead for eleven years” along with the band coming to the agreement that they don’t wish to continue without him – in the words of Led Zeppelin, they decided that they could not carry on as they were, too big a part to replace. Boden himself has slowly become an, if not the, iconic figure in the folk world, his encyclopedic knowledge of traditional music, his ‘folk song a day‘ project and his involvement not just with Bellowhead but also with Spiers & Boden, The Remnant Kings and his own solo work have seen him consistently in the spotlight.

In their time, Bellowhead have moved on from being a fashionably charity shop shabby chic and ramshackle outfit into a more well oiled recording and touring unit whose big stage productions are tempered with community sessions in local pubs after the gig when the audience has filed from the local theatre into the nearest watering hole. With folk awards aplenty and too numerous to mention, they slowly worked their way into the consciousness of the folk nation, gathering a following which propelled them from cult band into the mainstream.

Fans in mourning might have not quite reached the level of dedicated helplines which Take That’s original split induced, suffice to say that there are some very upset people bordering on devastation and it’s almost guaranteed that come Spring 2016 when the final tour is underway, a few tears may be shed.

At the moment there’s a lot of speculation and thinking aloud. One wonders if one of the other members had jumped the good ship if the result would be the same. In a band where all parts are equal, Jon may well be one of those parts which is more equal than others – maybe not more equal, but more significant. As frontman and singer as well as being a damn fine instrumentalist, his knowledge of traditional music and his arranging skills play a big part in the success of Bellowhead. Check out how many of their recorded songs are credited Traf arr.Boden.

There are times when I’ve seen Bellowhead play with deputies; Saul Rose has stood in for John Spiers and Benji Kirkpatrick has been absent  in some early gigs. As recent as December 2014, double bookings left the band sans Paul Sartin at the Great British Folk Festival and it took two deps to replace him. There have also been line up changes in the early days: Gideon Juckes and Giles Lewin were both stalwarts of the original band and the ‘EPOnymous’ and ‘Burlesque’ recordings, yet there’s no-one who can conceivably step into the large boots (and pink jacket) left by Jon Boden. 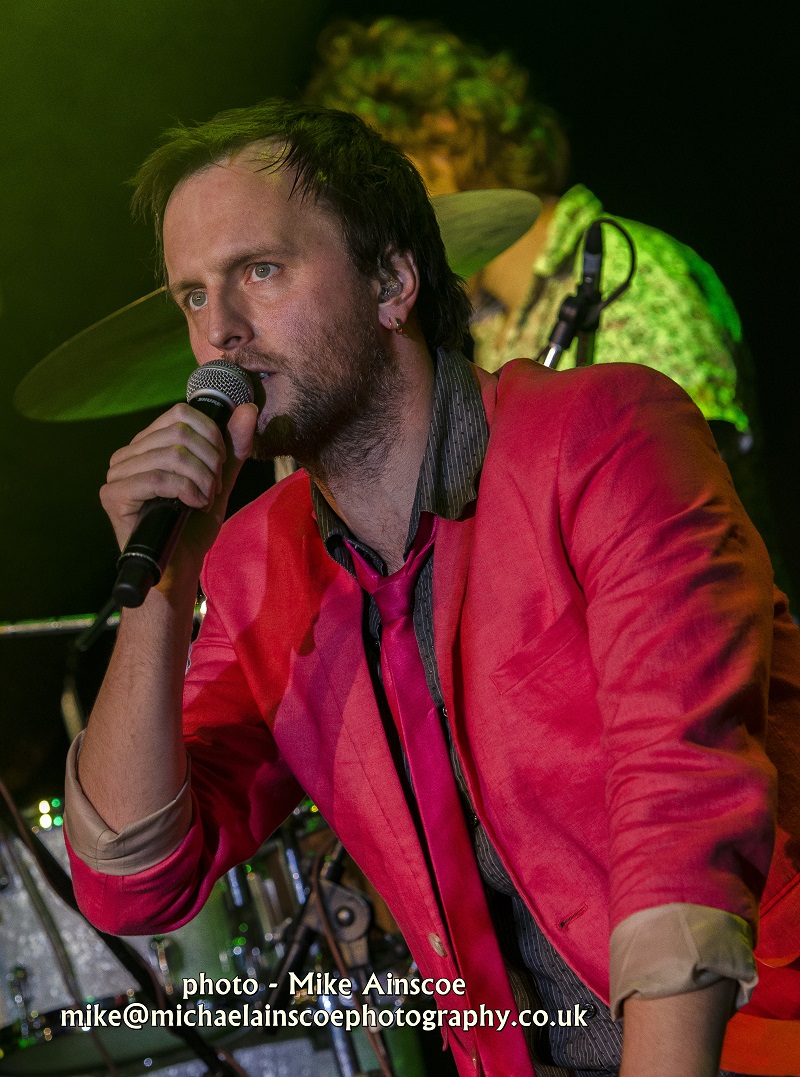 The cynics will no doubt pass comment on the impact on ticket sales for the November 2015 and April 2016 tours, but the folk genre has never really been about being a bread head. Granted, it may do wonders for sales which always seem, to be honest, never less than healthy given the band’s deserved reputation as a class live act.

At least the band and management have given advance notice so that fans can ‘prepare themselves’ and the band can get ready to go out with the sort of bang that they always have delivered. Not that they’ve ever skimped on giving their all onstage. Oft compared with The Who as an explosive live act, the one thing which had always marked Bellowhead as being on a different plane is their humour and irreverent approach to their gigs. Seeing them play a shortened set at the Garforth Arts Festival in 2013 allowed them to cherry pick the real belters and for an hour they absolutely delivered a set verging on a carnival which backed up that reputation.

Bands have broken up in the past of course. It probably happens every day, maybe not in the magnitude of some of the major rock acts but the principle is the same. Could anyone envisage that the likes of  Genesis, The Who, AC/DC or  The Stones would carry on when one of their key members quit or died? The loss of Peter Gabriel, Keith Moon, Bon Scott and Brian Jones didn’t halt the progress of those rock juggernauts. Of course, when Bonham died, Led Zep cold no longer continue as they were without their friend, although of course, their attempts at reunion ended in mixed results. Even 40 years after quitting Genesis, Prog magazine have a lengthy feature in the current issue. The Beatles quit while they were ahead, so precedents have been set and there’s a never ending  clamour and lure of the dollar for bands to reform. Breakups are obviously big business.

It’s all different in the folk world where bands have shorter shelf lives and musicians play a transitory role, part and parcel of which involves flipping across projects with other musicians, recording  an album, doing some gigs and then moving on. Yet Bellowhead have been a  consistent hard working band, turning out  –  something John Spiers once stated about playing music being  what musicians are expected to do. It’s not like the band members don’t have other fish to fry as the various branches of the Bellowhead tree – once released on the Umbrellowhead’ CD –  will still have plenty to offer.

So what clichés fit the situation? Some say it’s better to have loved and lost than never to have loved at all so we can be thankful for eleven years of Bellowhead – and a band born of an idea initiated in a motorway traffic jam. For a while their fire burned brightly and warmed us all. However, and remember where you read it first, I wouldn’t bet against seeing them back again. As much for the band as for the fans and the folk community, you don’t know what you’ve got till it’s gone and sometime in the future, who knows if the magnificent eleven might be unable to resist the urge to once more scratch the Bellowhead itch.

Bellowhead have now announced their “final tour”. Full dates are as follows…

You can find Bellowhead on the internet here: bellowhead.co.uk.