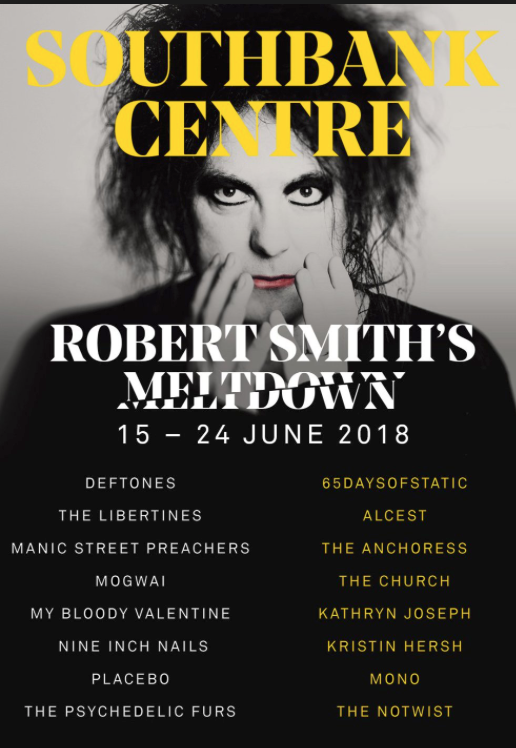 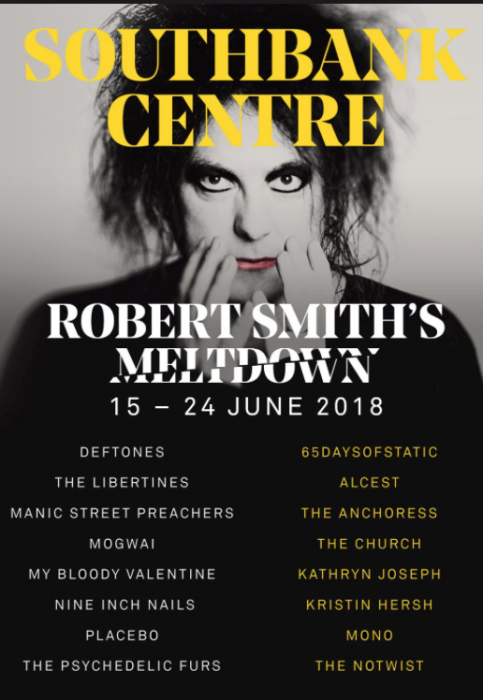 Smith has announced the line up for what looks like the best festival this summer and maybe has been listening to plenty of new music as he compiles it resulting in some inspiration and is heading back to the studio.

He told Matt Everitt on BBC 6 Music: “I’ve listened to more new music in the last six months than I ever have. I’ve suddenly fallen in love with the idea of writing new songs, so it’s had a really good effect on me. I booked some time to do some demos next month. Some of it’s really good, some of it not so good. I never wanted to be in a position where I was forcing myself to write, I’ve never felt comfortable with that.”

Robert has also announced that he will be performing himself at Meltdown Festival held at London’s Southbank Centre from June 14 to June 24 – which also sees the likes of of Nine Inch Nails, The Libertines and Placebo on the bill – and that he’ll mainly be playing songs from their back catalogue with special guests.

He said: “It will be me and four other people that I know really well, and some others.”

Robert says he’d be up for playing Glastonbury – which they’ve headlined three times before – when it returns to Worthy Farm in South West England next year, but admits he might have annoyed the organisers in the past.

Asked about the possibility, he said: “Yeah, maybe. We haven’t had a happy history with Glastonbury over the years.

“Although we’ve headlined three times, we’ve never been on the best of terms.

“I don’t know if they forgive and forget. There are enough other festivals for us to play.”