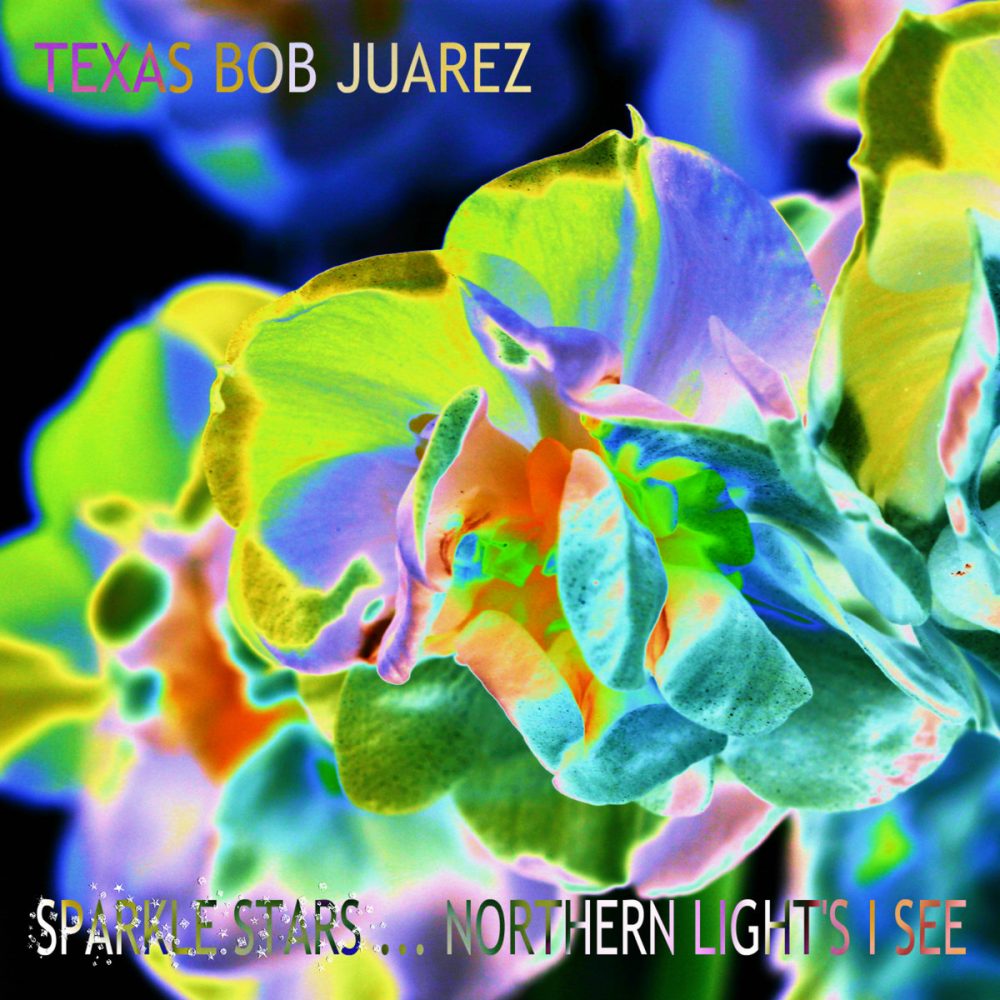 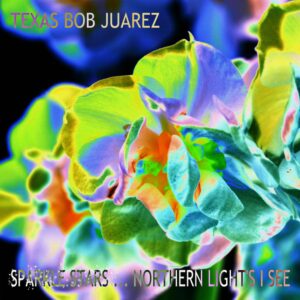 Texas Bob Juarez releases a stunning second album full of musical twists and turns held together by a shining thread of pure beauty.

As is often the case, there is a slight sadness to the music Texas Bob Juarez produces, but it is a lovely sorrow. Sparkle Stars was recorded mainly in London and Stockholm, with tracks also recorded in San Francisco, New York, Huston and St Petersburg, Russia. It takes the form of a musical life journey and Texas Bob has had a journey worth listening to. Formerly a member of Television Personalities, he has also played for Adam Ant on tour and now works with Rosie McDowell of Strawberry Switchblade, who also plays with Coil, Psychic TV and Current93.

Much of the album has a quiet quality, only rarely dispelled by songs like the harsher, more strident punk of Rainbow Girl. At seventeen tracks, this is a substantial body of work. It is musical in the extreme and runs from some fairly traditionally arranged tracks like Holdin On, to songs that seem to stretch in unexpected ways, the music malleable and elastic. The stunning Hamburg Skies is a prime example. Texas Bob refuses to stay within prescribed musical boundaries, always looking to experiment with sound.

Even when the arrangements on Sparkle Stars… Northern Lights I See remain within more traditional limits, the breadth of styles and vocal delivery makes this a breath-taking journey. The amazing Spanish guitar of Screaming To Get Out topped by angst-ridden yet underplayed vocals stand out as a prime example. Many of the tracks have a dreamlike and spaced quality, as if heard in the distance, like fragments of music drifting through a nearby window. This effect is at times almost unbearably poignant and beguiling.

The album has a lot of instrumental tracks. These are often enchanting, furthering the overall magical feel. On some albums instrumentals feel like fillers, but here they are an essential and welcome part of the whole. Ocean Roars is particularly fine and atmospheric, whilst Reynisfjara (real life awaits us) has an ice-crystal purity. Co-written by James Richardson (MGMT and Kuroma), Forest has a soft beauty. The mix of electronica and traditional instruments is at times divine.

That is not to say the vocals on the album are superfluous either. Texas Bob has quite a voice, and tracks like Survive show it off to perfection. The album is a wonderful collection of psychedelia, presented in exquisite form. With such a musical pedigree, Texas Bob has the musical ability and flair to be able to pull together so many styles perfectly.

Sparkle Stars… Northern Lights I See is a reminder of how special music can be and just how life-enhancing. Even in dark days its light shines through. It is a mesmirising way to begin the musical year.

More information about TexasBob Juarez on Soundcloud and Facebook.