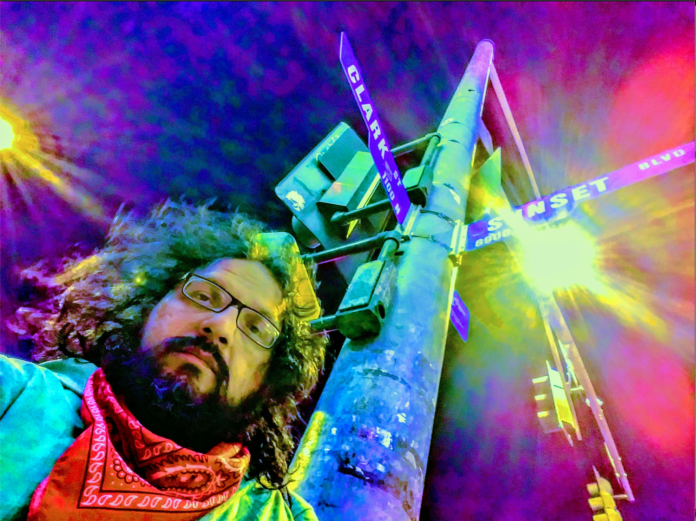 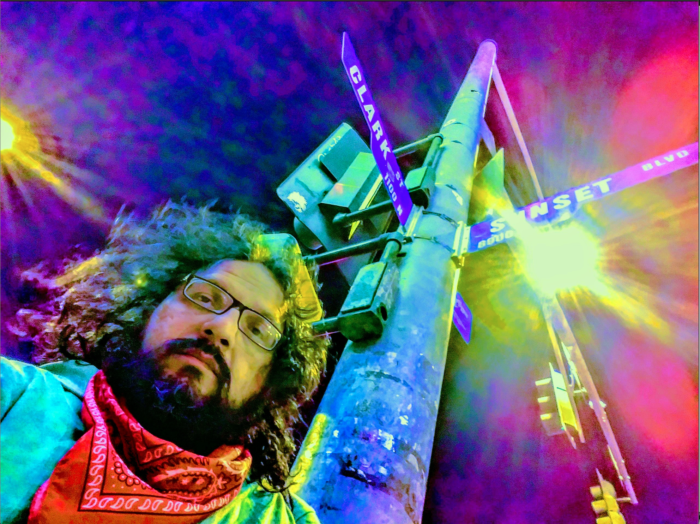 TexasBob Juarez*SparkleStars*returns with his fifth solo Album. Alice and The Magick Theatre released December 25th 2020 on Bandcamp.
The former TV Personalities member has carved a tripped niche for himself in the past few years after relocating to LA. He tells us ‘Perfect Timing one would say…For As Day Alice and The Magick Theatre Album was released TexasBob Juarez’s plane touched down at LAX completing the Trilogy Journey/Love Letter to L.A./Story of the Past two Albums The Magic/k Mirror(2018)and Through The Looking Glass Darkly(2019) telling the story of The Light and Dark of Hollywood and Hollywood Babylon and Faded Rusted Glamour…Rock n Roll Hedonism and Disintegration…The Story of Alice…Float on a River Forever and Ever…Emily/Alice/Ophelia/Echo…’