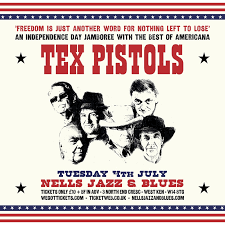 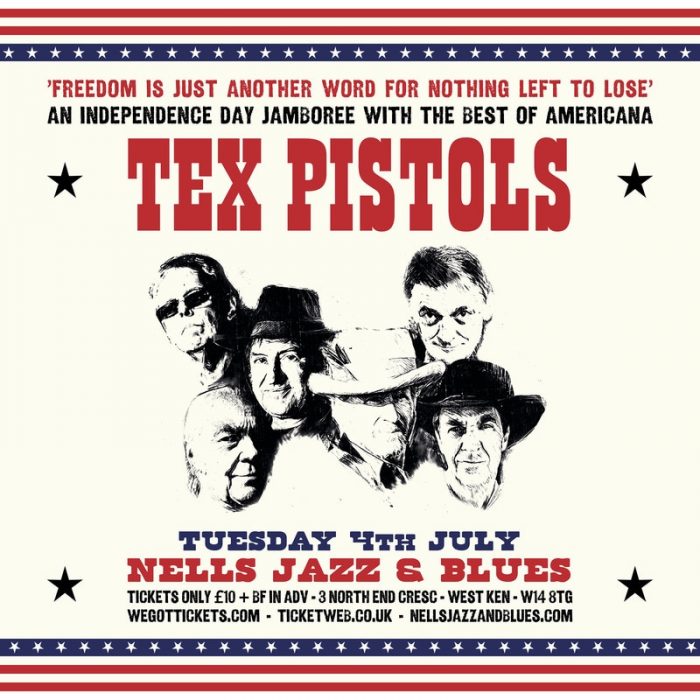 The session man supergroup helmed by Phil Rambow are back for a short run of dates. Louder Than War’s Craig Chaligne reviews their show at Kensigton’s Nells Jazz and Blues.

Probably the comeback of the year for the followers of the London pub scene of the eighties and the nineties. Instigated by lead singer Phil Rambow, this run of shows sees them promote a mini album whose profits will go to prostate cancer research. The album includes a Cajun version of “There’s a Guy Works Down the Chip Shop Swears He’s Elvis”, Kirstie MacColl’s first chart hit in 1981, a song she co-wrote with Phil. 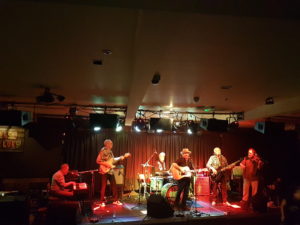 This show at Nells plus an extra one at The Balham Bowls Club on Friday the 7th of July could be considered warm up shows for their performance at Cornbury Music Festival on Sunday the 9th. However, if the show at Nells is anything to go by, you wonder if they couldn’t have just popped up at Cornbury and rock the joint right off the bat. The audience included lots of familiar faces from the pub-rock years (Hank Wangford, Will Birch, Steve Simpson, Charlie Hart and probably a few I didn’t spot) coming to see their friends play. The core line-up of The Tex Pistols was present including drummer Pete Thomas (who’s day job is backing a certain Declan MacManus better known Elvis Costello) who flow from Los Angeles for the shows, Martin Belmont (who played with Graham Parker and Nick Lowe), bass player Paul Riley (Nick Lowe again and a few others too), fiddler Bob Loveday and occasional Pistols Geraint Watkins (Bill Wyman, Nick Lowe (you can see a thread there), Status Quo, the list goes on).

The Tex Pistols’s main forte is infusing country songs with a zest of early rock’roll. Having three lead excellent (and very different) lead vocalists (Rambow, Riley and Watkins) kept the whole set very entertaining. Jumping with ease from Hank Williams “Honky Tonkin'” to Kenny Rogers’s “Lucille”, the band also tackled several numbers by George Jones and “Stood Up” by Ricky Nelson. A great version of a Watkins original (“Deep In The Heart Of Texas”)  and a blistering take on “Train Kept a Rollin'” with great solos by Martin Belmont and Geraint Watkins were highlights of the show. Keeping the crowd pleaser last, the band closed off the show with “There’s a guy works down the chip shop, swears he’s Elvis” in its Cajun guise. Hopefully this won’t be a one off and there will subsequent dates when their schedules allow it.