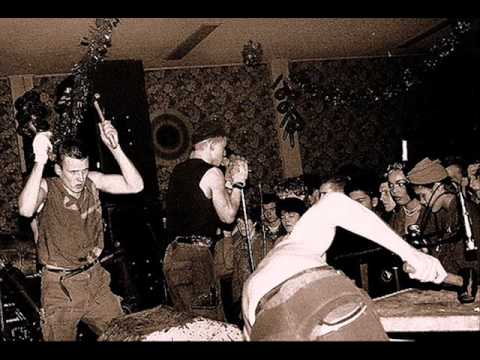 “Art is not a mirror to reflect reality, but a hammer to shape it”

Musical pioneers, Test Dept have announced details of a new book charting the history of the group’s work, which is to be launched in March 2015.

‘Total State Machine’ is published by PC-Press and is a unique historical document and visual representation of Test Dept, one of the UK’s truly investigative agitators, authentic industrialists, utilisers and recyclers of society’s debris.

Recently the core of the original group has re-emerged to engage with the current cultural and political climate, exploring new ways of expression in a strategic programme of actions and releases. New live and special events to coincide with the launch of ‘Total State Machine’ will be announced very soon.

In the meantime, the nationwide tour of the documentary ‘Still The Enemy Within’, an insight of the 1984 to ’85 miners strike with musical contributions from Test Dept, continues in cinemas across the UK. Test Dept  toured in 1984/85 with the striking South Wales Miners Choir and released an album of their collaboration called`Shoulder to Shoulder’.

‘Still The Enemy Within’ Film Screenings:

PC-Press is a DIY publisher of Sound, Ideas and the Visual. They publish books in many forms and maintain the importance and centrality of the book in the era of computer mediated communication.

PC=Press can be found online here: pc-press.co.uk or contacted via their Facebook.