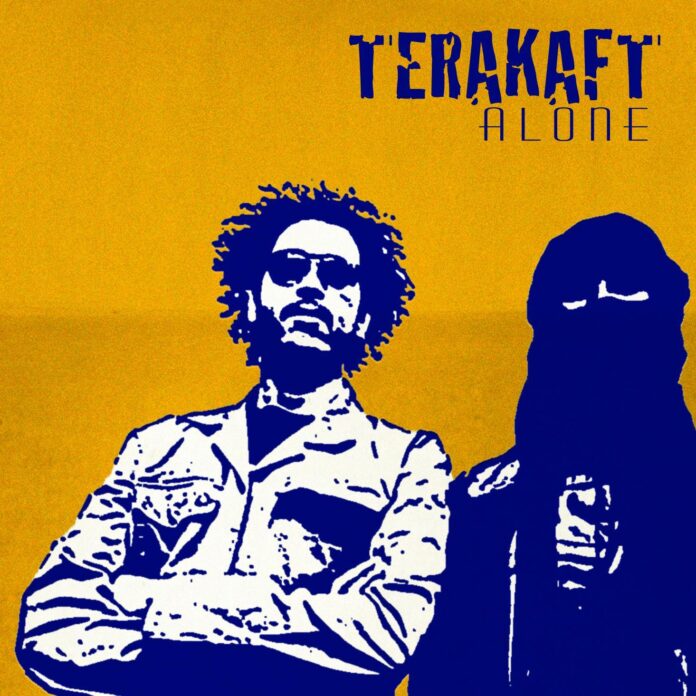 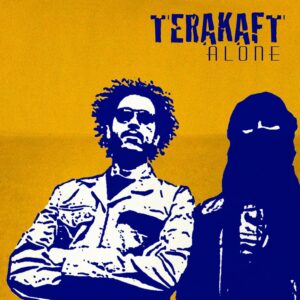 Sometimes there is an air of expectation from an album even though you may not be familiar with their music. This is very much the case with the new Terakaft album. An album sleeve which says very little but seems to be steeped in mystery and intrigue.

Step forward Alone, an album containing nine tracks of quite superb quality. Produced by Justin Adams who is known for his work with Robert Plant, and partly recorded at Peter Gabriel’s Real World Studios the album is hard hitting, gritty desert rock of the very highest order.

Comprising of Diara and his nephew Sanou, Terakaft have a style which not only holds close to its Malian roots but also has a feel unique to itself. Diara himself is the originator of the looping guitar sound that can be heard constantly through Alone like the Saharan cowboys that Adams likens them to.

Album opener, Anabayou (Awkward) is a quite stunning piece of music. Launching straight into a Burundi styled beat and swiftly followed by blues rock tinged guitar sounds, it becomes powerful and gut-wrenching from the off. Both verses and chorus are commanding, and the groove that soon circulates around your body is infectious to say the least.

What makes Alone so entertaining is that it just doesn’t stop. Exciting track follows exciting track with melodies and chants which marry up to some of the most exhilarating guitar work. Karambani (Nastiness) again follows the funky Afro-rock theme and changes pace a minute from the end to further confirm the prowess with which Terakaft perform.

The album is said to call for stability and rational in these troubled time – “too many chiefs and not enough people” quotes Diara – and coupled with Adams’ determination to spread the sound of Terakaft to new cultures, it blends traditional Saharan rhythms with contemporary beats.

Oulhin Asnin (My Heart Suffers) has prolific guitar solos with a progressive, chugging beat which is incredibly uplifting, and Amidinin Senta Aneflas (My Confidant) is nothing short of a thundering rollercoaster of a track which often ends in complete euphoria.

Only on an acoustic version of Anabayou do proceedings finally reach out for breath as it closes an album which has the ability to enthral and absorb all who take the time to listen.