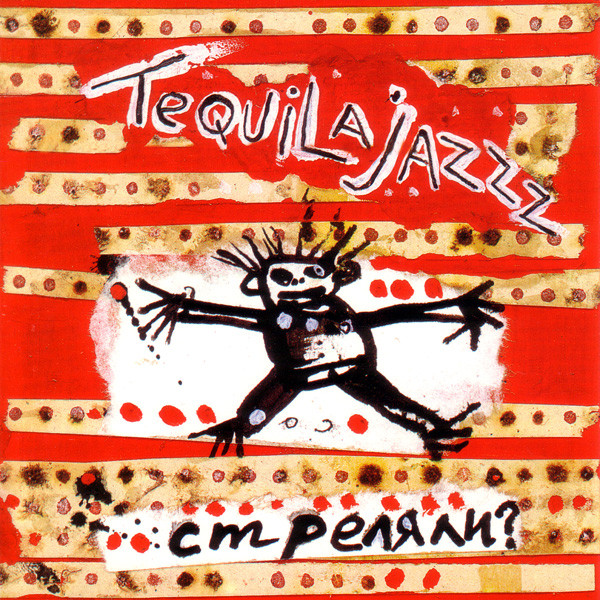 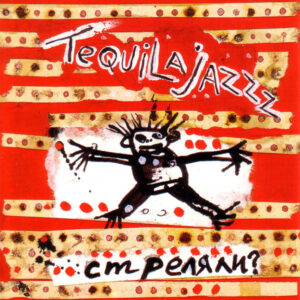 For those who’ve never heard, never got familiar with Russian scene on the 90’s, would be difficult to understand the value and the importance of the processes happened in the first half of the decade.

First of all, comes the death of Victor Tsoi – the singer and the guitarist of the legendary Kino in the August of 1990. Secondly – the breakup of the USSR, following protracted period of Gorbachev’s perestroika. To a point, it didn’t play as much role politically as it did mentally. The last but not the least was the foundation of TaMtAm – legendary club, founded in St. Petersburg by the former member of Akvarium – Vsevolod Gakkel. Gakkel’s desire to give a certain freedom, space, “to create a precedent”, as he always used to say played the crucial role in the creation of new Russian scene of players. 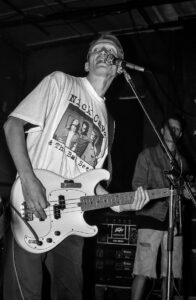 At that point, Eugeniy Fedorov had already passed the first-band-state touring and releasing four critically acclaimed albums with his first project – Obyekt Nasmeshek [Object Of Derision]. Forming Tequilajazzz, alongside with Konstantin Fedorov and Alexander “Duser” Voronov, Fedorov united cultivated- by-TaMtAm-desire to expand the boarders, in quite extreme and authentic way. He recalls that period of time saying: “We of course were affected by the scene in TaMtAm. Especially, in terms of “language acquisition”. Especially, myself, who’d been mostly listening to various art-rock artists, jazz, no-wave, rock-in-opposition and early prog.” After a pause he continues: “And of course, there was this general cheerfulness and incredible insanity of the people in TaMtAm. In this sense, there were some good teachers to learn from” 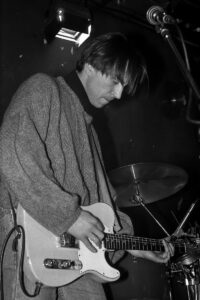 The very first Tequilajazzz-gigs reminded me constant fight with chaos. It’s purification sparring with you. Even though, Fedorov refers to the TaMtAm as one of their main accelerators, the rhythm of life in the 90’s also played it’s role in their becoming. When I ask about gigs, he simply answers: “They were…just normal gigs. Wild and loud”. At that point, Tequilajazzz could have played about a few of gigs per day. As the vocalist of the band recalls: “Once, we did five gigs per day. Three of them were just sporadic. We just come to visit somebody, to check something out…Nobody got the money. We’ve been playing for a beer…”

In the back of my mind I recall the details from an old-friend of mine. One of the very first people who used to play at TaMtAm, following his words, band got two cases of beer per gig. Fedorov stresses: “At that point, we were like a resident-band in the city of St.Petersburg. You could have seen us anywhere – just by accident.” – even though, I haven’t seen any of these early gigs they played, I still kind of feel that joy and excitement in the words of Fedorov. At the end, he sums it all up saying: “It wasn’t the strategy. But looking back, I think, it was the best strategy for us, at that point. In an intuitive-kind-of-way.” 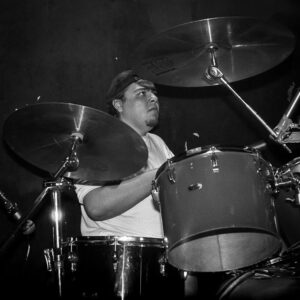 Strelyali? sounds like a shot of the band at that point of their existence. Angular and spiny-sounding, it was recorded live-in-a-studio. “Just a modest budget we had. Two tiny rooms, quite modestly equipped…” – having a limited amount of time, Strelyali? became more of live-record, rather then a full-length. Passing the way from his first project, Tequillajazzz reached the point where they literally could find the balance between dozens of musical tendencies blended together with the energetics of a furious live-gig. Eugeniy stresses it saying: “Dynamic changes here are just tricks here, playing it’s role. Like in Beethoven’s or Mahler’s works.” – he nostalgically refers to that period of time, when musical contrast had heated with on the one hand, residual presence of Soviet lyricism. On the other – the cruelty, the cold of 90’s, it’s ruthless romantism. Both the elements perfectly reacted and connected together on the debut album of Tequilajazzz.

You can order the newes vinyl reissue of “Strelyali?” by writing to Tequilajazzz directily – at their Instagram.