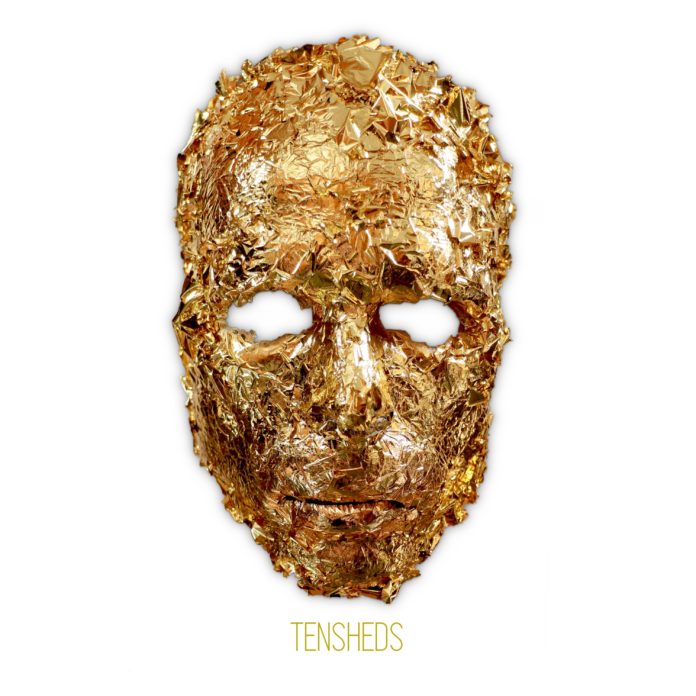 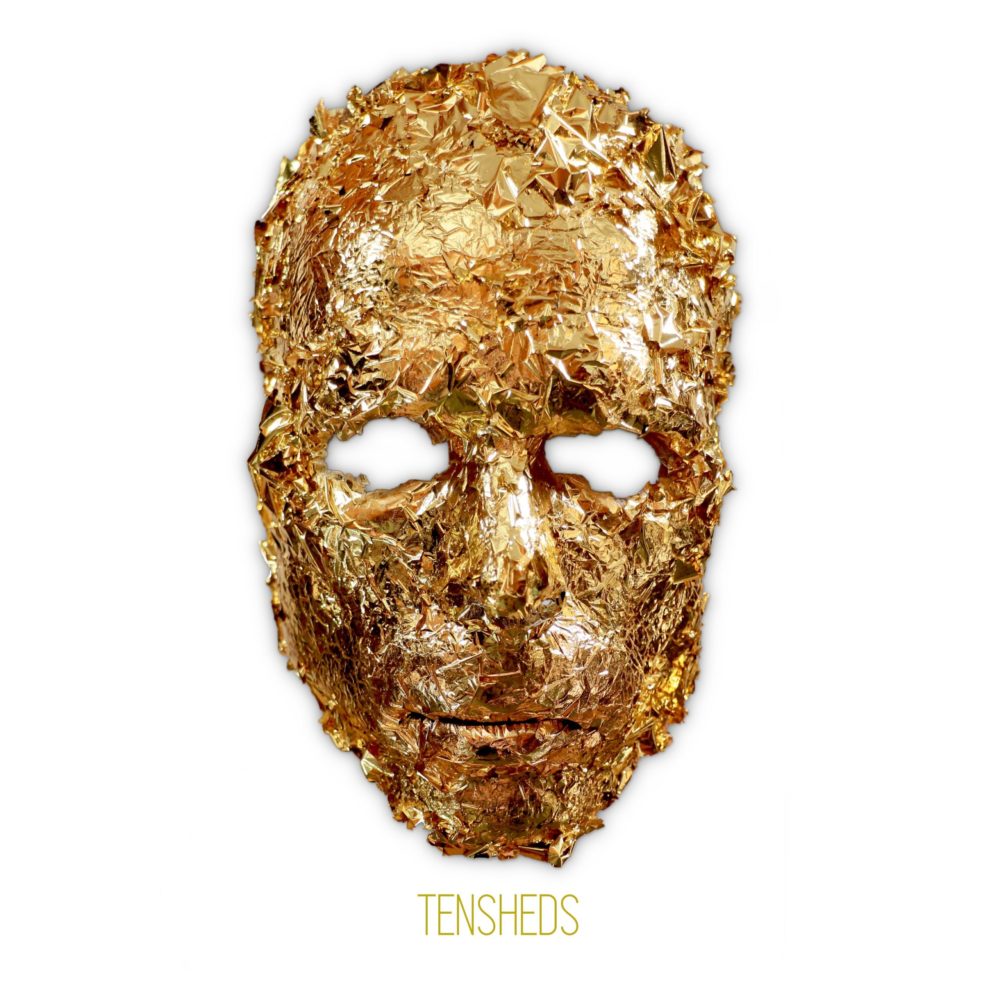 The unique talent that is Tensheds delivers yet another masterpiece led from the keys of a Rhodes organ and grand piano as Ian Corbridge hears them pushing yet more boundaries.

When an elaborate golden mask adorns the cover set against a white background, you immediately begin to wonder what lies behind the façade and what mysteries you might uncover by peeling back the layers. In this case the man behind that mask is Matt Millership who emerged as Tensheds at the very start of this decade with the magnificent Beautiful Crazy album. This did exactly what it said on the tin and remains one of my favourite albums of the last ten years, full of beautiful ballads but veering from delicate strings to frenetic piano arrangements. Tensheds most recent album in 2016, The Dandy Punk Prince, was just as varied but a generally more up-tempo affair with his now trademark gravel voice and a clear demonstration of his multi-instrumental talents.

A marker for that previous album was the use of his Collard & Collard vintage grand piano dating back to 1835 which sat easily in front of Matt’s classically trained finger work. To his credit, Matt has retained his independent artist status which befits his ability to defy any single musical genre and allow his total freedom of expression to shine through. On Deathrow Disco, the vintage Collard is still there but with relatively minimal presence, overshadowed by his new love for a Rhodes organ which dominates the album. The whole album was recorded in just three days in the depths of Wales using those two instruments with the only addition of drums performed by long standing collaborator Ed Wells.

The lyrical content of the album bears out the theme of being prisoners of love and loss, where freedom is so difficult to find. The contradiction is of course that Tensheds finds so much freedom of expression to relay this message with big riffs and fat beats aplenty. You get this immediately on the opening song, Youngbloods who we are told “are always the first to die” as the thumping, punctuated beat is overlaid by a shimmering organ sound.

Gold Tooth kicks off like Norman Greenbaum on speed and further explores the contrast between love and absolute freedom whilst exploring the musical depths of the Rhodes. This seems to be taken a stage further in Slag with the gravel voice in overdrive and an even harder edged sound, at least in the opening chords. But then the vintage piano weaves a thread which leads to an interlude that could have been taken from a Bach piano concerto, demonstrating his absolute mastery of the instrument. And throughout, Tensheds still has that remarkable ability to convey the downtrodden in such an uplifting way.

The Letting Go is a far more laid back affair as it explores those trapped in time and living in the old ways with seemingly no way out. The percussive introduction to Black Blood gives no hint of the choruses to come which will make you want to get up and dance. There is an attempt here to find some freedom of speech amidst the attritious lies and expectations placed by those who manipulate on those who just follow. The glorious sounds of the Rhodes as it comes to a climax contrast sharply with the message of boring himself to sleep.

Troubleshooter takes us down a much funkier root but one still enshrined in the downtrodden and those living in fear, before Shape Threads once again pumps up the volume and delivers another thumping rhythm. Secrets opens with what sounds like a male voice choir which then runs into Tensheds showing a softer more heart-wrenching tone speaking about someone who is there to lean on as sadness abounds.

Penultimate song, The Picture Book, opens with the vintage piano which takes a lead throughout, overlaid with choral backing and is another song of heartbreak and letting go of those who have been lost. Another example of a song which presents such an evocative image through such expert use of that glorious keyboard. And this theme runs right into album closer, Forever In Dreams, which again focuses on loss and subsequent loneliness and being remembered only in dreams. The quiet verse runs into an almost majestic chorus, with a later interlude which presents a sound more familiar in a fairground setting before the forlorn finale with the hope that maybe someday they will still be waiting for you.

So the phantom behind the organ delivers yet another masterpiece bringing through a sense of uplifting optimism from a background of disfigured images and imprisonment. Once again boundaries have been pushed hard. And whether you wish to call this gritty garage blues or find some other irreverent term, above all else it’s a hard-hitting yet fun record which gets you up on the dancefloor. 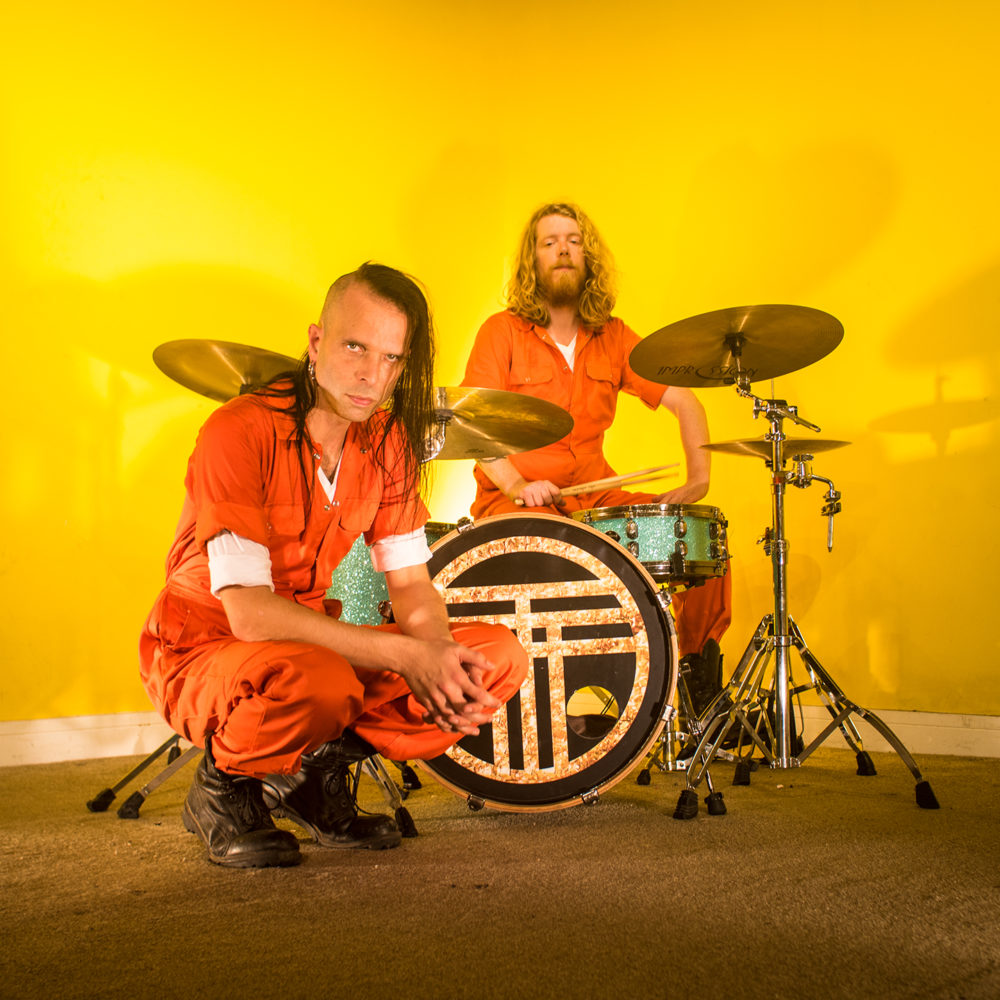 Tensheds are currently on tour supporting Beans on Toast, for whom Matt is also playing keyboard, and you are well advised to catch them while you can and reveal the immense talent behind the golden mask and see a great showman at work.