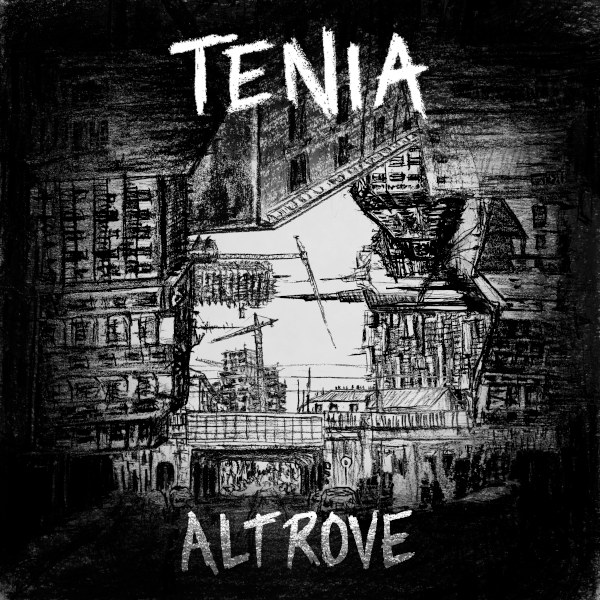 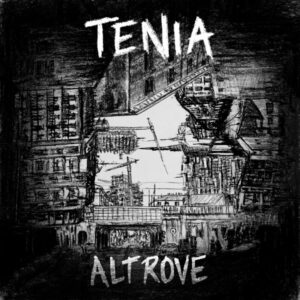 The Altrove 12″ from Milan’s Tenia has Scandinavian undertones and whilst it capably ticks all the crust punk boxes it offers up plenty of variety beyond standard D-beat fare that might even attract the odd emo kid.

Drums that sound like a door being slammed in the gates of hell. Hoarse shouting. A grumbling bass and downtuned guitars playing minor chords and arpeggios with big downstrokes. There are moments of subdued quiet which serve to accentuate the band at full kilter.   The overall song structure and sonic impression is in the D-beat landscape with Wolfbrigade and Martyrdod as close neighbours.

You’d be forgiven for locating Tenia in Scandinavia.  Whilst this is the central theme that I noticed on this release, it’s not all crushingly heavy. Variety is provided by a few fast sections, some nice twangy parts and mid-song tempo switches that scream 80s European melodic hardcore.  Crust punks and emo kids form an orderly queue.  No fighting!  I think this might qualify as “epic crust” or some other nonsensical sub-genre of a sub-genre.

While the record comes with a lyric insert, the mp3s I reviewed did not so I can’t really comment, but this is evidently music of resistance. To quote the band “As to defining the music, we really want it to be very attached to the scene of squats and self-organization. Even if some lyrics are not political, everything comes from a political point of view, the very album was concieved in ‘political spaces'”

Available on Green or Black vinyl from Dead Invoices Records.