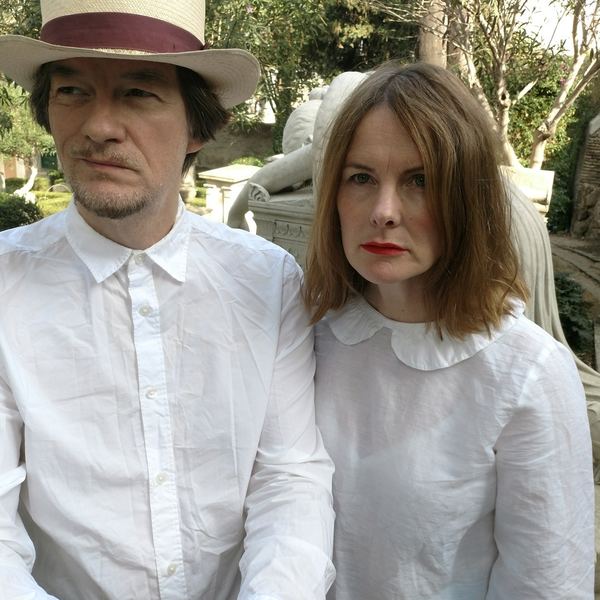 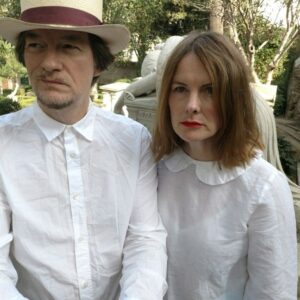 Album of the year contender from Glasgow’s best kept secret says Joe Whyte falling for the  ‘gentle power, mystery and almost spiritual feel’ of the songs.

Tenement and Temple are Johnny Smillie and Monica Queen, formerly of Glaswegian country rock heroes Thrum (if you look for their appearance playing “So Glad” on The Word in 1994 on YouTube you will be forever grateful to me for pointing you in its direction!) and of course, Monica is the female voice on Belle and Sebastian’s “Lazy Line Painter Jane” single but don’t hold that against her.

Both of the inseparable twosome have been working away both singly and together on projects over the  years- Johnny is one of Scotland’s most respected producers at La Chunky Studios and Monica has worked with Love and Money’s James Grant, Snow Patrol, Grant Lee Buffalo, has released solo material and collaborated with many others. If you’re unfamiliar, Monica has a voice that is an absolute weapon (and I mean that in the most complimentary of ways!) that can alternate between a gutsy, soulful powerhouse to a gentle, almost choral whisper.

Tenement and Temple have self-released this album without a great deal of fanfare but, jeez, it leaves its mark.

I was immediately transported back to the living room of my parents house in the early seventies as a child- they would play Doris Day records, Jim Reeves, movie soundtracks (The Sound Of Music was a big favourite!) and Hank Williams, Johnny Cash and other traditional country stuff. There was something ridiculously comforting to hear Tenement and Temple play and sing songs that had that gentle power, mystery and almost spiritual feel as well as being as far from modern music as to be almost anachronistic. Again, I mean that as a compliment!

Country music has always been a thing in the culture of the West of Scotland; back in that pre-internet and more innocent age, parents and adults would gather at weddings, Hogmanay, birthdays, christenings and after drink was poured, the soundtrack would invariably be the country sounds of Reeves, Cash, Sydney Devine, Patsy Cline and the rest. I suppose that must have influenced all of us from generation punk; just about everyone who latterly became fans of (or played in bands doing) Americana and Alt Country had came via the same background and Smillie and Queen are no different. I guess it’s that whole romantic Scottish thing of looking across the Atlantic at the metaphorical Promised Land seen in cowboy and gangster movies and musicals and, I suppose, the famous Scots wanderlust in action. There’s a school of thought that says country music actually evolved from Scots immigrating to the USA and those displaced peoples traditional Scottish reels morphing into bluegrass and then country.  I’m not sure about that, but it’s a nice thought.

This is a record that eschews the trappings of rock or folk or indie or whatever else it may be labelled with; these are songs that have backing vocals that recall the Carter Family duet-ing with The Statler Brothers on the Johnny Cash “spiritual” records and gentle picked acoustic guitar that’s as delicate as gossamer. Of course. Queen’s voice is a thing of wonder; One Room House sees her subtle tones heading towards a more blues-y, primal thing in the chorus and the warm domesticity-meets-heartbreak of this and Loving Arms envelope the listener. There is a theme of sorts throughout the record; home, happiness, the passage of time, (dis)contentment and the vagaries of that old devil called love. The record plays as a piece rather than a collection of tracks bunged together and one can hear that the duo have put heart and soul into this.

Ripa is (I think) about their love of Rome where they often spend a large part of summer and  has a whistling solo over the chorus parts which could sound ridiculously cheesy but fits perfectly. It plays as almost a sweet little song sound-tracking an imaginary Elvis/Ann Margret caper scene in one of his dafter movies. The record as a whole is as organic as you like- if there’s anything other than voices and acoustic instruments in here I can’t hear them. 10 More Years starts as a fairly sweet devotional lyric but has a kiss-off to a partner that is ever-so-slightly poisonous. I like that one a lot. In fact, I like the whole album a lot.

The Scottish Album Of the Year (SAY) awards are notoriously insular and clique-y; they’d better believe that there’s a new sheriff in town when they shortlist next year.

Get a listen or buy it here-