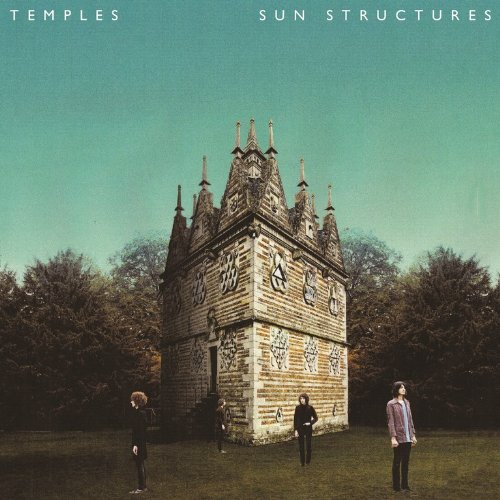 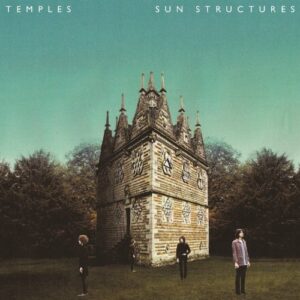 Impressive debut album from the kings of the current psychedelic revival. Plenty of reference points, but done with style and good taste according to Arash Torabi.

We are told that Noel Gallagher and Johnny Marr both have stated that Temples are the best band in Britain. Very nice, but the former built his career on blatantly ripping off other people’s music. From Johnny Marr though, that’s definitely a compliment. With no gimmicks, no fancy producer and a refusal to resort to idle plagiarism, Temples present their impressive debut long-player: twelve shiny nuggets of pure psychedelic pop genius, stamped with band’s own identity.

The album’s opener and their debut single, Shelter Song is 12-string heaven, a song The Byrds or The Beatles never wrote. And no, you won’t spot any copycat tactics: Temples capture the vibe, without taking the actual music of their influences. Sun Structures delivers strong melody after strong melody, with not a single parody to be found. The band boast an unusual gift, and that’s the ability to create the essence of the mid-to-late ’60s psychedelia, without ripping anybody off in the process. No clichés, just strong material. The sound may be familiar, but the tunes are all theirs.

Also included is the band’s brilliant second single, Colours To Life (released on 10” vinyl last year), with its chiming guitars and piercing organ. Another great quality of the album in general is its bright sound quality. It’s self-produced in the singer’s house, but it doesn’t necessarily sound like it. It’s got the rawness and a feel of immediacy, without it sounding trashy or having any obvious garage qualities. The glam-rocky Keep In The Dark (also a single) is another highlight, with subtle string arrangements and a chorus that screams ‘classic song’, without actually reminding you of anything in particular. The drums are prominent in the mix, pounding behind the dreamy vocals.

And these classic qualities are all over just about every song here, particularly Move With The Season. And so Sun Structures is the perfect album, with reference points aplenty, but no daylight robbery.