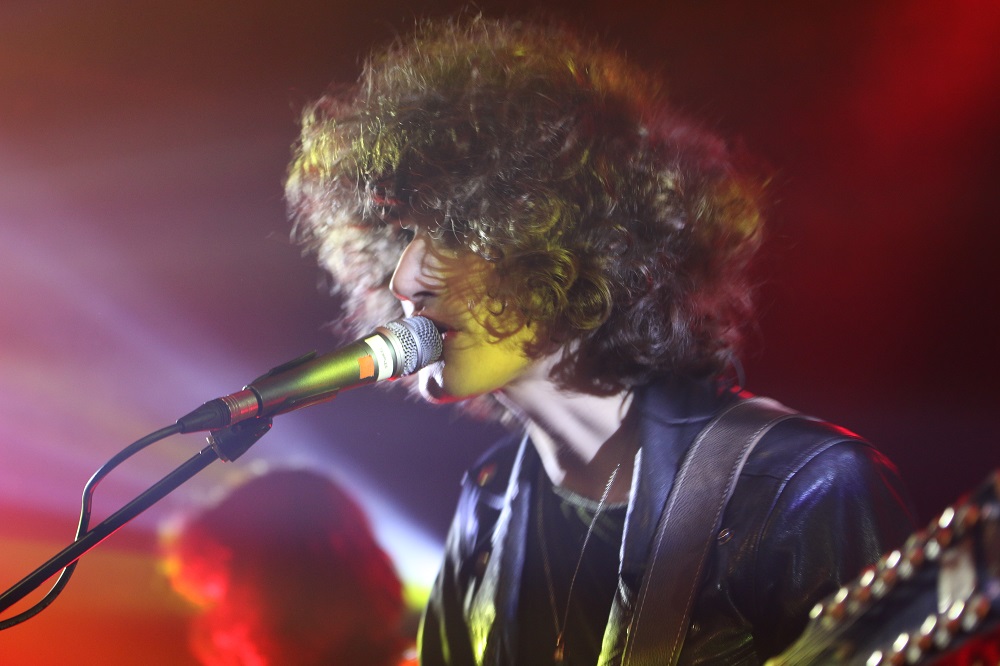 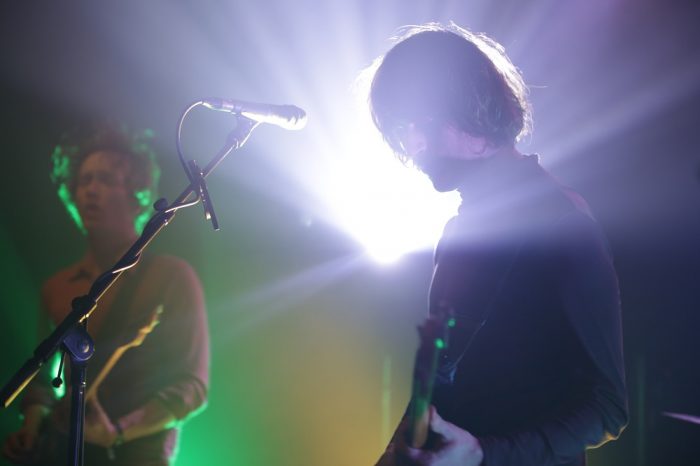 It’s official…Temples are going to be huge this year.

They look good, have that particular swagger a band get when they know they can really cut it live and – most importantly – their imminent new album Volcano looks like being a massive artistic leap forward. Oh, and they are nice bunch of blokes who aren’t getting all big headed just because they are a great live band.

Early single Colours To Life remains a beast of a tune and in keeping with their new direction it has been turned into a big, bold psychedelic trip as if Tame Impala were from Kettering rather than down under.

In frontman James Bagshaw they have a pin up in the making who has the looks of Marc Bolan and shares a similar golden ear for a pop hook as they launch into a fierce version of new song  Roman God-Like Man, underpinned by some smart keyboard flourishes from Noel Fielding lookalike Adam Thomas hunched over his old school Hammond organ.

Even that idiot Sean Spicer couldn’t dispute the fact that bassist Thomas Walmsley has the best cheekbones in rock, but he is also a mean player anchoring another new song (I Want To Be Your) Mirror as Bagshaw riffs away.

Their last radio friendly single Certainty is a complex mini pop masterpiece full of swirling keyboards, great three part harmonies and an astonishing chorus that will be a massive hit when they hit the festival circuit which should see them propelled into the big time.

Delving into their rich  back catalogue, Mesmerise, did just that as all four band members just seemed to egg each other to the sort of heights that only a band that is bang on top form, and totally secure in their shared artistic vision, can aspire to.

When you consider that was only their first gig of the year then it’s actually frightening to think how good they could be when 2017 closes. If you see one band this year that you haven’t already seen then Temples must be top of that list – but do it soon as they won’t playing venues this size for much longer.

All words and images by Paul Clarke. You can read more from Paul Clarke on Louder Than War here.