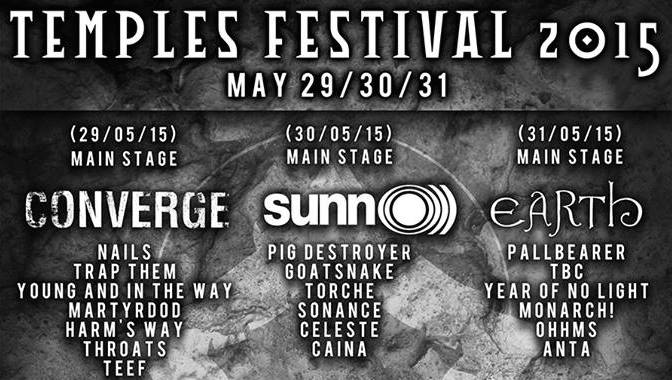 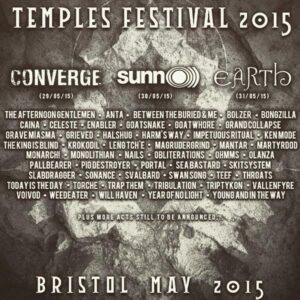 Temples Festival, the heavy music jamboree now its second year and founded on a basis of “No Sponsors. No Gods. No Masters” have dropped the final announcement about this year’s event – the headliner of the Sunday. And excitingly it’s to be none other than Seattle drone kings Earth who join Saturday’s headliners Sunn O))) and Friday’s, Converge. Full details below.

Following last year’s inaugural edition of the festival (which we reviewed over here) many of us were wondering quite how the festival would make good on the organiser’s promise that the 2015 iteration would be an improvement.

But fuck me that’s exactly what they’ve done.

In addition to Earth, the following artists have also been added to the Temples 2015 line-up (in no set order):

The full lineup can be seen in the poster below. You’ll maybe notice that Pig Destroyer are on twice “…due to overwhelming public demand”. We’re also stoked to see that Louder Than War favourites Sonance and Svalbard are back as the festival’s “only ‘repeat bookings’ this year”. Both bands were noted as highlights of Temples Festival 2014 by an impressive number of our Patrons (including us!) so it was “considered it apt to invite them back.”

Limited Weekend Tickets and an ample supply of Day Tickets are available from:

That’s not all either – they have another exciting announcement coming on Friday and we’re promised it’s a “true curveball.” 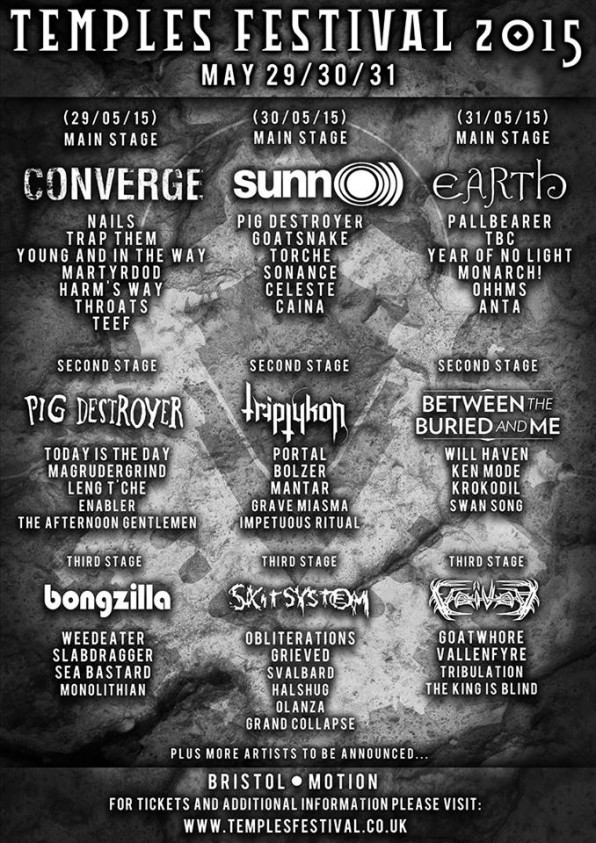