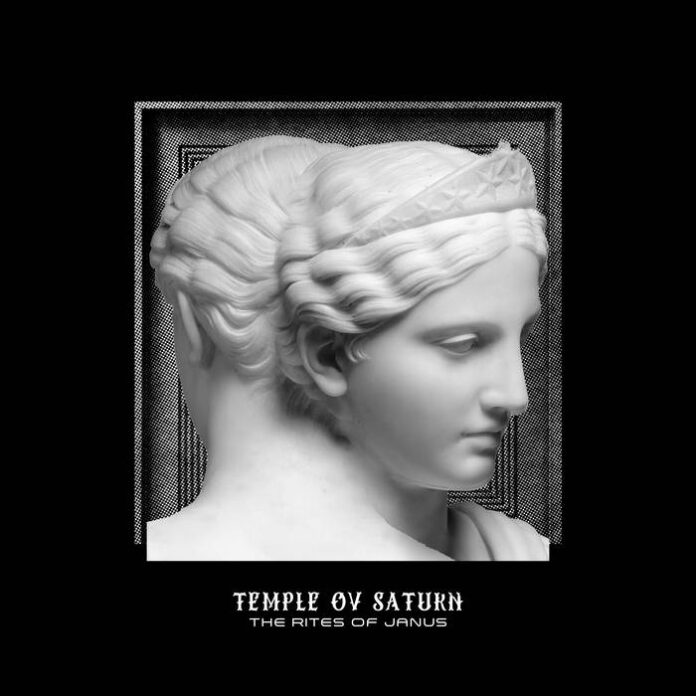 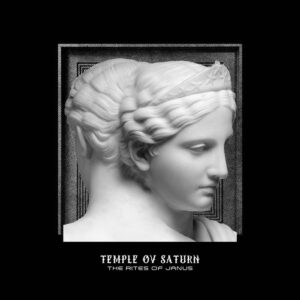 The Rites Of Janus

Temple Ov Saturn presents us with The Rites Of Janus; an album of electronic experimentation, ambient drone, and ritualistic rhythms. Andy Brown dons his headphones and puts himself into a trance for Louder Than War.

In a world full of algorithms and click-baiting ‘content’, Joan Pope creates something truly worthy of your time. In her Temple Ov Saturn guise, the New York-based artist has created an impressive and apparently ever-growing catalogue of albums that explore experimental electronica, ambient soundscapes, and trance-inducing drone. It’s a largely instrumental discography, freeing up the listeners’ imagination and focussing in on the mesmeric qualities of the music. Her work revolves around sex, death, and rebirth: cornerstones of subversive art for generations and the name of Pope’s very own religious art movement. Pope’s artwork, videos, and poetry help to further define her vision. With Temple Ov Saturn and The Rites Of Janus you’re not just getting a new artist/ album in your life, you’re taking your first formative steps into a whole new world.

Temple Ov Saturn isn’t particularly easy to categorise, yet there’s a commitment and focus to each release that makes them feel distinctive and part of a larger picture. She’s collaborated with Manchester-based musician Jim Knot (Primitive Knot) before and, although their styles differ, their prolific and uncompromising nature make them kindred spirits. Two artists on similarly fascinating musical journeys. Musically, The Rites Of Janus evokes the dub-inflected drone of Kevin Martin’s King Midas Sound as well as the esoteric experimentalism of Silver Apples, Breadwoman, Scanner and Psychic TV. Pope joins a long list of outsider artists who operate on the fringes, ready to be wholeheartedly embraced by those curious enough to listen.

It may be a cliché to say so yet each Temple Ov Saturn album feels like a journey; a musical suite with themes and concepts that draw the whole thing together. Essentially, what I’m saying here is that Pope makes albums that feel like albums. Our trip starts at The Doors Of Perception; static crackle and noise-drenched drones led by a simple yet thoroughly hypnotic beat. Nearly 7 minutes of darkly atmospheric, nocturnal music that sets the tone for the following hour. The beat intensifies with Thresholder before Recollections Of Early Childhood lowers us into a more subdued yet equally intriguing place. The ebb and flow of the album is presumably designed to put the listener into a trance-like state. The dark, death-rattle drone of Death Is Not The End creates a brilliantly ominous atmosphere, creeping through my headphones and consuming me whole.

Intimations Of Immortality (Past Present Future) brings the beat more to the fore, a sparse and repetitive piece that ultimately isn’t as effective as the previous track. Repetition is a key component throughout The Rites Of Janus, the electronic beats purposefully stuck on a continuous cycle. The same factor that makes the album so utterly mesmerising can also make it a challenging or even frustrating listen. Overall though, I find myself more absorbed with each listen and drawn deeper in with each maddening loop. Celebrations And Cycles focusses more on the ambient drones, stripping away any kind of beat and providing a strange and soothing soundscape to surrender yourself to. Like putting your ear to a shell and hearing the distant swell of the sea, it’s beautiful and genuinely calming.

Gateway To The Inner Self starts in a similarly calm place before working its way back up by introducing a satisfyingly speaker-shaking beat. The rebirth section of the album is in full effect. The final 11 minutes that make up Ritual Dance At The World’s End are swathed in darkness, yet feel strangely euphoric. Emerging phoenix-like from the gloom and dancing on the precipice. What might appear simple on paper becomes incredibly evocative and powerful in practice, this is music that’s reaching out into the unknown.

Pope describes the album as music for a new beginning and if you’re open to it that’s exactly what The Rites Of Janus feels like. This release really is the tip of the iceberg when it comes to Pope’s output, there’s so much to explore. I get the feeling I’m going to be spending a lot of 2021 immersing myself in the endlessly fascinating world of Temple Ov Saturn.

You can also find Joan Pope via her website HERE.