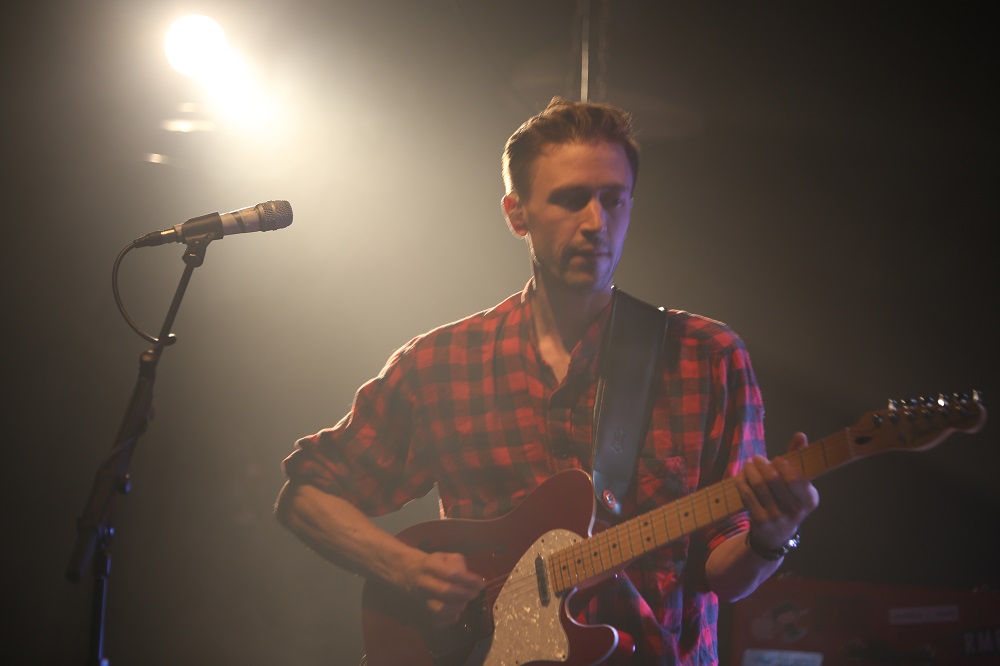 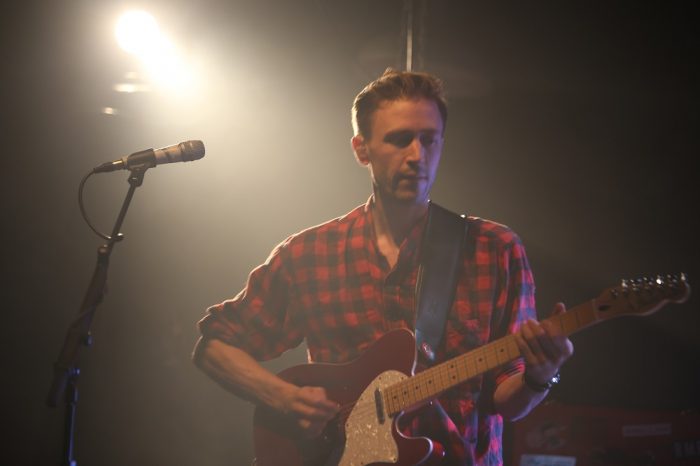 If anyone was wondering why Six Music is so in love with Teleman’s angular pop then this short, sharp and tight show should have put any doubts about their pedigree to bed.

It’s easy to think of Teleman as an overnight sensation, but they have been at it for four years, which shows in their tight playing and almost telepathic ability to play with the structure of their songs.

They are soon into their stride with an committed version of minor pop classic Tangerine that is rightly getting loads of airplay as the sell-out crowd of middle aged hipsters bop along with big smiles on their faces.

Guitarist Thomas Sanders keeps it simple but he does have ear for an indie pop hook which underpins Fall In Time.

The title track of their second album Brilliant Sanity is pretty functional compared to some of the other gems on an album that is a big step forward from their debut Breakfast. It also hints at a future direction as rock solid bassist Pete Cattermoul switches to a synth duelling with Johnny Sanders, who is a reminder that if you are going to have a full time keyboardist then hire one as good as this one.

If anyone was thinking Teleman are just a clever band with no heft then the massive grooves they kick up during an extended Drop Out dispels that as they really wig out. Not In Control is just as meaty as they suddenly find an extra gear propelled by Hiro Amamiya’s supple drumming.

It’s right their best tune Dusseldorf ends the set sparking off some enthusiastic dad dancing at the front before half the band observe the tired ritual of ‘going off’ for an encore. They come back with their debut single Cristina which although still entertaining shows just how far they’ve come since 2013.

It seemed appropriate to end with a jaunty run through Glory Hallelujah which summed up the fervour their supplicants showed to a band right on top of their sound.

Teleman are doing sort of clever post-modern pop Franz Ferdinand might be doing if they hadn’t lost their way spectacularly after one great album whereas this smart four-piece are clearly here to stay as they continue to really push their sound.