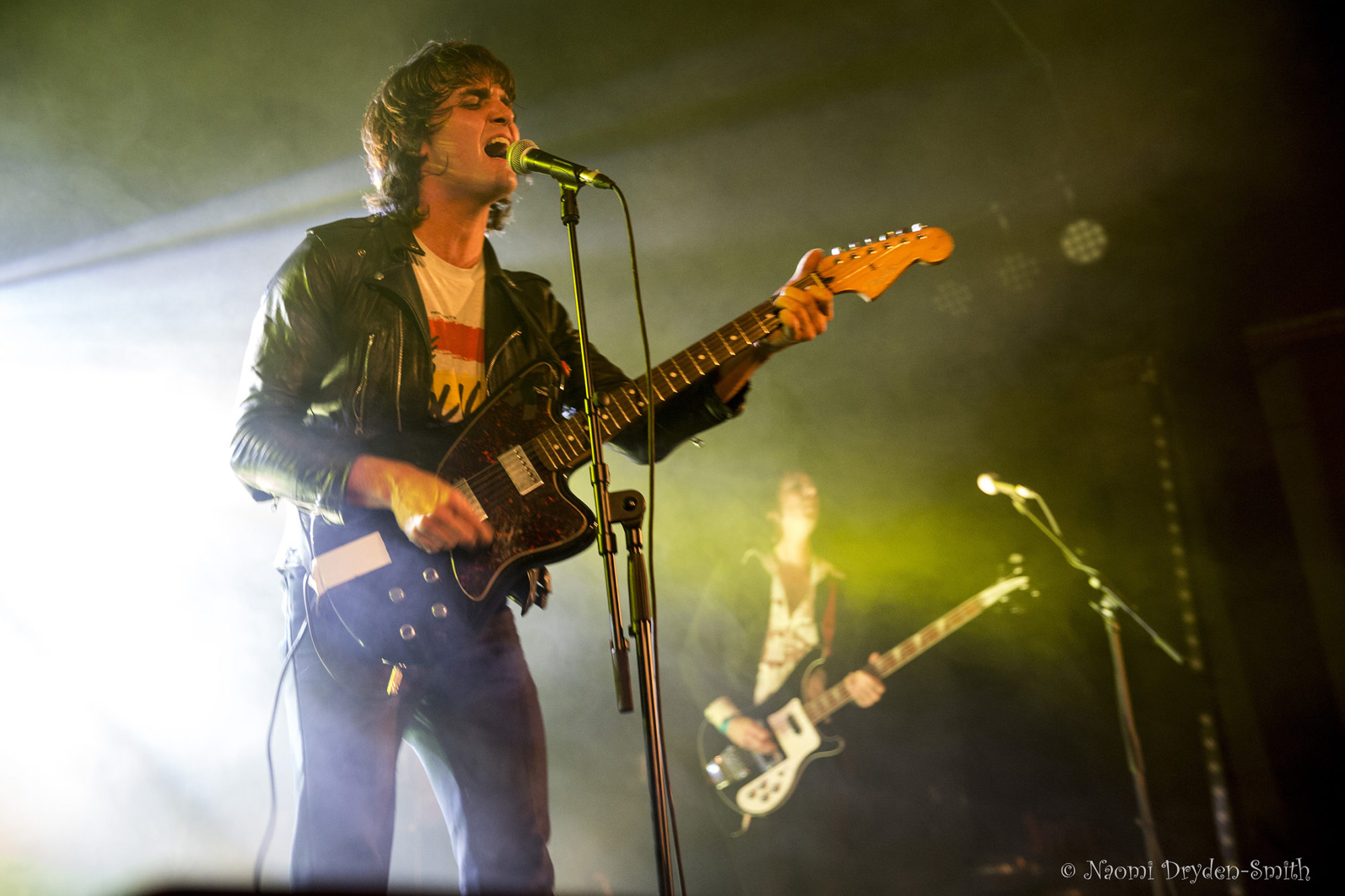 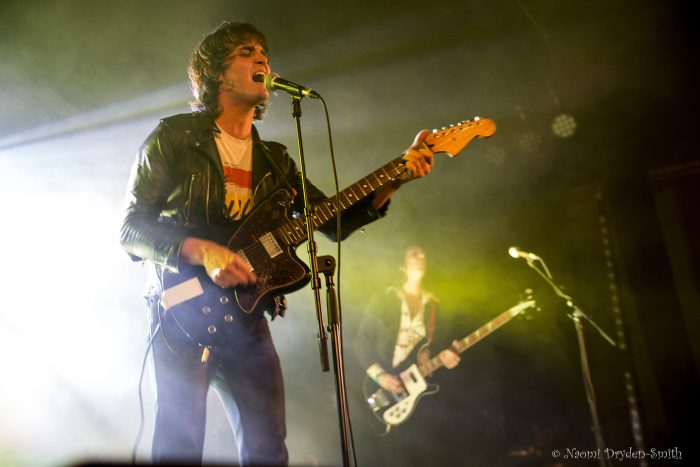 Telegram play their final UK gig of the year before jetting off on a US tour supporting the Dandy Warhols. Naomi Dryden-Smith reviews.

Telegram is a band that grab you from the very first listen – they could be big, and it’s a bit of a mystery why they aren’t. They strut onto the stage oozing confidence, their image is a perfect blend of the Ramones with a splash of Hutchence and Morrison – they are all black leather and attitude, charismatic with just enough arrogance. They’ve aced the starter pack of indie rock band fashion.

Musically, their krautrock-glam-indie-punk sound is fast, loud and impressively tight, delivering slick, sharp songs at 100 miles an hour in a buzz of sweat and adrenaline. Matt Saunders’ instantly recognisable clipped staccato singing style is immediately reminiscent of 70s greats like Steve Harley or Marc Bolan but with a unique Welsh lilt that makes it one of the most distinctive indie voices of recent times. 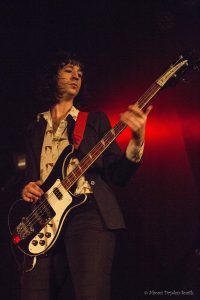 The boys are supporting Dandy Warhols in the States next month, this is a big deal – (here’s hoping they support Dandies in the UK in March next year too….) – and so tonight’s under-attended gig is a real puzzle, nothing like their packed-out-can’t-move gig at the Moth Club earlier this year. (This gig was listed on the internet as being at the Boston Music Rooms, so one assumes that a crowd of disappointed Telegram fans are shivering in vintage clothing outside a darkened venue down the road.) Inevitably, they seem a little flat to start. However, the pace soon picks up with the lead-in riff of Aeons – the hair starts to move, the sweat starts to fly. Their new single You Said You Saw Us, (something the shivering fans won’t be able to say, while dosing up on duvets and Lemsip when it’s released tomorrow), crashes from the stage in a burst of frenzied guitar slamming from Matt Wood and Oli Paget-Moon, totally in sync, driven by frantic, masterful, drumming from Jordan Cook. It’s got to be their best song so far, building on the strength of Follow and Aeons which already set this band apart. 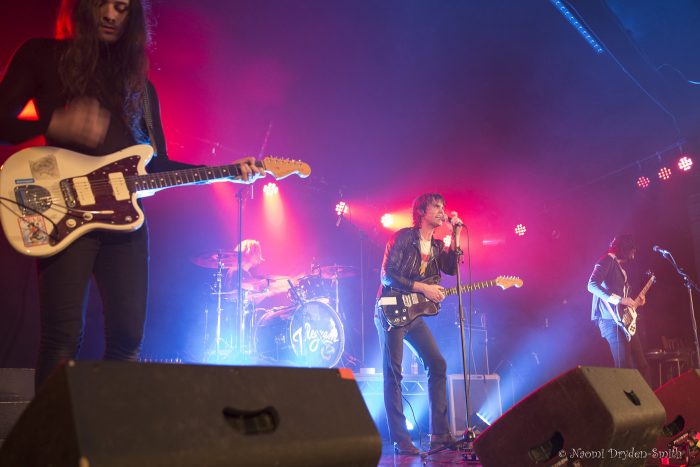 One of the most intriguing things about Telegram is the type of crowd they attract. There are people of all ages, most fairly ordinary looking, but dotted amongst them is some real photo-candy, looking like they’re straight out of a 70s fashion magazine or, let’s face it, like they’ve raided the nearest fancy dress shop – including girls in velveteen flares with Mary Quant overlong fringes and masses of kohl, and boys with dodgy Rod Stewart mullets and tweed flared suits…and masses of kohl. They wear it well and it adds another layer to the whole retro-ambience of this band.

Here’s hoping the tour with Dandy Warhols brings some promising times, playing to properly packed-out venues – they certainly deserve it.

“You Said You Saw Us” was released on 4 November 2016. You can listen to it here

All words and photos by Naomi Dryden-Smith, find her on Twitter. Also on Facebook. Naomi’s Photography portfolio can be found here.