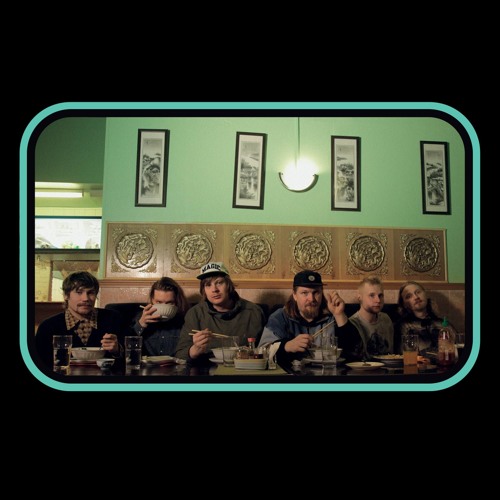 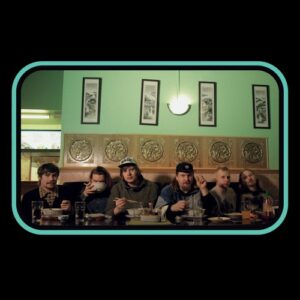 The latest five pronged guitar attack from hard to define Finnish 7-piece will have you wanting more.

For someone like me who puts a lot of import on a band’s lyrics, does it matter that I can’t speak Finnish? The easy answer is no. I could listen to Teksti-TV 666 all day long. I started to look at Google translate to get an insight into the song titles, but got as far as the band’s name (Teletext 666) and thought – it doesn’t matter. I love bands like Bo Ningen, and even bands like Cocteau Twin and early-REM who, while singing in English, often had indecipherable lyrics.

The five tracks on show on this album clock in at just shy of the 35 minute mark and its hard to define the band’s sound. Playing with 5, sometimes 6 guitars, you may be forgiven for expecting a full on noise assault, or over the top guitar histrionics. Not the case though. Expect masses of light and shade on the album, delicate playing with harmonious lyrics, through to intense energetic driving clamour.

Take a track like album highlight Rauhankone, at over 7 minutes the second longest on the album, it moves between Can/Loop drone style rock to heavier more industrial sounds like Godflesh, but interspersed with delicate shoegaze like moments with subtle vocal harmonies.

Elsewhere there are suggestions of gothic rock and Sonic Youth style alt-rock similarities (Turbo-Mondeo). There is a vocal part in the second track Aidattu Tulevaisuus that was bugging me for ages until it came to me, having a similarity to a line in Jesus and Mary Chain’s Head On in the way it is delivered. Severny starts almost like Redondo Beach before Stooges like layered guitars kick in giving way to more melodious compellingly fervent guitars and accompanying strident vocals.

Despite the mention of bands and influences, the music is very much their own and is fresh and forward looking, A compelling listen that will have you seeking out their back catalogue.