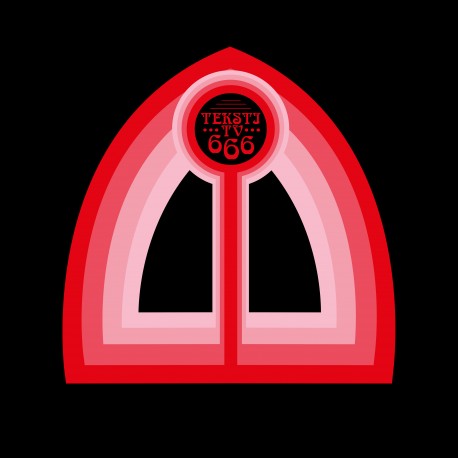 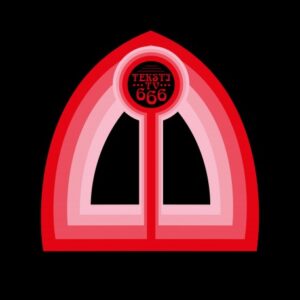 This really shouldn’t work at all. A seven piece band with five of them playing electric guitar and influenced by krautrock, shoegaze, indie, noise and garage punk, sung in Finnish and released with utterly no inkling of conforming to the mainstream. I have to say I was sceptical myself, but one listen changed my opinion immediately. The titles are all in the bands native tongue so I won’t try and reproduce them here, but suffice to say, the album is a compilation of three EPs (entitled 1, 2 and 3 kinda obviously!) previously released and now deleted in their homeland. Oddly, the records have attracted a fair bit of airplay in Finland. I can only presume the programmers over there are a bit more open-minded than in the U.K….. 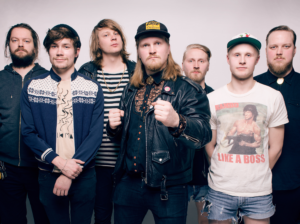 This is an album that takes the listener on a long, strange trip. One would assume that five guitars would render the songs dense and overblown; it’s actually quite the opposite. The massed guitars ebb, flow and have intricate strands sliding and gliding from left to right channel. The word shoegaze has been invoked but there’s more to “1,2,3” than a bank of effect pedals and swirling, echo laden ghost chords. The musicians clearly understand the importance of space in the songs and they compliment each other with aplomb. The rhythm section have a groovy, motorik clank that underpins the songs perfectly.

The other startling thing is the melodic sense that’s written large across the songs. Dinosaur Jr and Husker Du come to mind as gorgeous, broken harmonies ooze across the layers of instrumentation. Unlike most modern records which top-load the track listing with the best material, this doesn’t let up for a second. Even the last two songs are crucial and are possibly the best things on the record. There’s a moment on the final track (Kuustoiasta Vuotta Sitten – see, I did name a track!) about six minutes in where it simply explodes into a firework display of golden, gorgeous changes. The guitars swell and bleed across each other as the bass loops around the melodies. Tracks on the album range from pummeling, strident rockers to gentle, building atmospheres. One track has an intro that’s a dead ringer for SLF’s “Suspect Device” but other than that, it’s all them and their sonic exploration.

With songs anthemic and immediate as well as the occasional foray into 12 minutes of experimentation, “1,2,3” is easily one of the best things I’ve heard this year. There are a few folk out there in music land trying to mix it up and be different- think Bad Breeding and Evil Blizzard (who do a similar thing with multiple bass guitars) although both of those are much more abrasive and confrontational than Teksti-TV 666. To be honest, it defies categorization to a certain extent. Lets just call it brilliant.