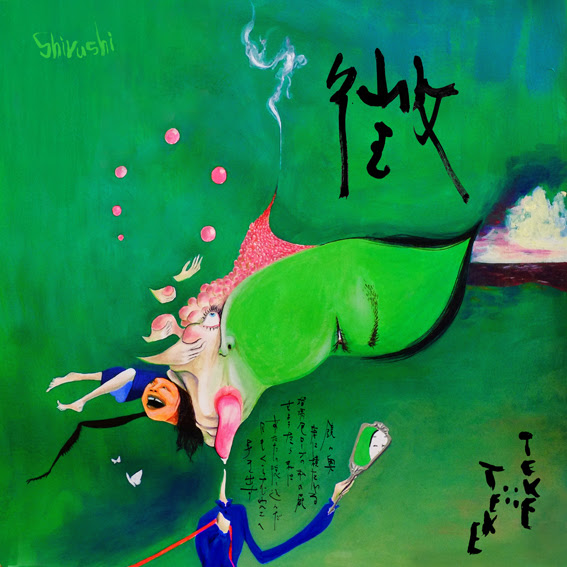 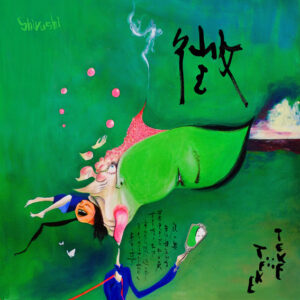 There’s not many bands who start life as a tribute act to cult Japanese surf and garage rock legend Takeshi ‘Terry’ Terauchi but that was the genesis of TEKE::TEKE.

Bizarrely for a record that sounds like it should have been recorded in Kyoto the seven of them holed up in a Canadian cabin to write before decamping to Rhode Island’s Machine With Magnets studio to record. The result is an eclectic mix of big riffs, surf rock, flute trills, traditional instruments and the sentimental balladry of Japanese enka. It’s all sung In Japanese, but in an odd way, it doesn’t matter as it forces you to focus on the moods and textures in each song. Kuroki contends that Japanese allows for a particularly visual, colourful poetry, and she is dead right.

Kala Kala is typical of the record as it starts off quiet before exploding into life full of Terry’s influences. Dobugawa is a love story about gender identity as the band lurch off into an eerie jazz-influenced ballad complete with a horn solo. It’s that sort of record that is continually confounding expectations instilled in most of us by the disciplines of western rock and pop. Kaminari kicks off as a surf stomper before some top-quality balladry from Kuroki as Ismai’s flute flits around the vocals.

In Japanese folklore Zashiki Warashi – or parlour child – are spirits who take the form of young children to play pranks on people who are then visited by good luck. TEKE::TEKE’s parlour child is called Barbara for some reason, and recorded in one take they throw the kitchen sink at it as they summon up the cheeky spirit via Nakauchi Pelletier’s driving riff, loads of flute like Ian Anderson on acid and some deranged call and response. Barbara is totally otherworldly and wonderfully bonkers.

Tekegami ends things as a strings rich ballad that could easily be the soundtrack in an Izakaya bar as a bunch of Yakuza moodily stare into their beers wondering where their life of crime has got them. As well as being a hugely entertaining record TEKE::TEKE have done Quentin Tarantino a big favour because if he ever directs Kill Bill 3 then this is the perfect soundtrack.