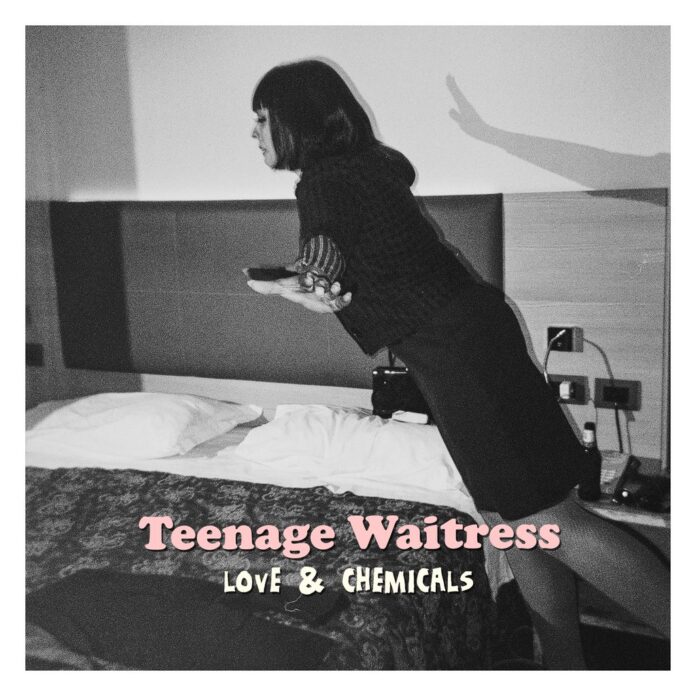 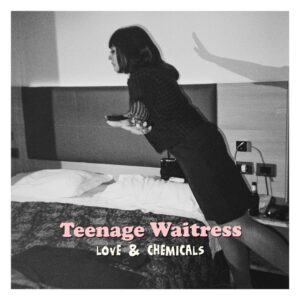 Love & Chemicals is the debut solo album from Daniel Ash (no, not that one) in the guise of Teenage Waitress. The resultant release is a late contender for my album of the year in all its glorious electronic-indie pop splendour.

I first came across Daniel in his previous guise as lead singer and guitarist with indie guitar four piece The Lost Boys when I reviewed their album, Nosebleeds for my blog. They were far more than your average indie guitar band though, the confidence in the song writing, the adrenaline rush that came with listening to the witty astute lyrics, the harmonies and melodious driving guitars had me hooked from the off.

I’m glad to say, that Love & Chemicals is nothing short of genius, Daniel may have taken his sound off in a slightly different direction, but in doing so he has hit the mother lode in terms of blissfully infectious pop perfection. I opined in my review of Nosebleeds that I was addicted to the album. If that album formed an addiction, then I must have some sort of compulsive fixation and dependency for Love & Chemicals. I’m glad to say, I’m in good company…

Cant stop singing this tune.. https://t.co/i28H2ubTR0 from the ‘Love And Chemicals’ album by @TeenageWaitress out soon

Love & Chemicals spirits you away to a place of idyllic and harmonious peace, such is its ecstatic good feeling inducing sounds. At one moment, it takes you back to moments of classic 80’s electro pop. For whatever reason, Peter Schilling’s Major Tom (Coming Home) keeps popping into my head whenever I listen to the album. Or in other moments, it pulls from Beatles-esque psychedelia (on TRAK!TRAK!TRAK!), but manages overall to sound like an album sent from the future.

In the current world situation, you need an escape. The little vignettes of life presented here with a soundtrack of, sometimes melancholic, sometimes euphoric electro-indie pop provided here takes you off into other people’s worlds. Into a different stream of consciousness of their own little tales. Escapism in its purest form.

Daniel has perfected his song-writing and has a supreme talent for an infectious hook, he has obviously used his time since The Lost Boys well, honing his skills using a variety of instruments and techniques to create these fantastical multi-layered textures. He has kept to his roots incorporating jangly fuzzy guitars here and a melodious bassline there, but when he supplements these with the use of a multitude of instruments, keyboards, electronic beats, sequencers, synthesisers and all manner of techniques, the resultant medleys and melodies have a wondrous resonance.

There are so many highlights it is hard to narrow things down. I have undisputable love for the blissful melodies and earworm chorus of I’m Leaving Berlin. I have a weird set of contradictions going on in my head when I listen to I Don’t Like This Party – a tune that gives me tingles of pleasure and takes me back to my youth. The sound Daniel has created at the start of the song reminds me of a very basic toy I had in the 70’s, a ridged plastic tube that you swirled around your head to create weird noises. I say contradictions as it also takes me back to several anxiety inducing house parties from my teenage years.

The addictive (there’s that word again) electronic hooks and drumbeats of You Ain’t Got it Bad. The kazoo’s, handclaps and harmonies in Maniac. The wistful tracks bookending the album, High in Someone Else’s Time kicking off proceedings and huge atmospheric build of Sweetie borrowing the melody and repeating the refrain at the end…

Let’s face it, there is absolutely nothing not to love about this album. Go and buy a copy now. Or I’ll get Begby onto you…

Get the album from Cargo Records here