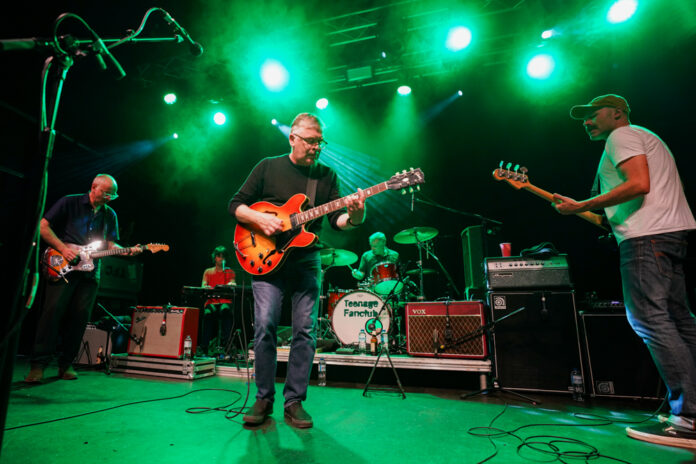 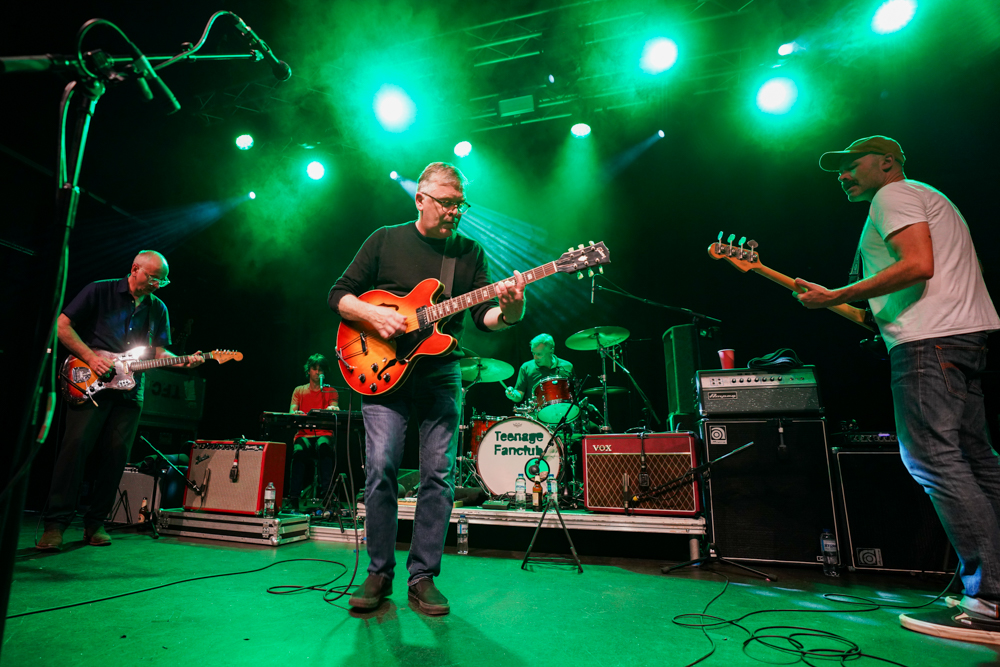 Louder Than War photographer Kenny Brown, captured Teenage Fanclub on the Manchester leg of their European tour, promoting their latest album ‘Endless Arcade’ which was released on April 30th 2021

Teenage Fanclub start their set bang on 9pm with the aptly-titled Start Again, and like the rest of the folks in a very warm Academy 2, I’m really glad they have, as it feels like an eternity since I’ve been to a proper gig (the reality is, it’s only been a week, but hey!). As the first song ends, there’s the usual, “hi, it’s good to back…” from the band, then we’re into, About You after which, Norman Blake introduces a taste of the new album, and with this, he strikes the opening cords to Home, and like everything that is to come, the fans receive this new track like a priceless gift created especially for them, and suddenly it’s like Christmas as the gifts keep coming with Everything’s Falling Apart.

Looking around it’s easy to see just how popular the band are as the space is full of music loving fans; faces looking toward, mouthing lyrics, bobbing heads, with the gentle swaying back and forth in time to the melodic rhythm. This is a band that’s been doing their thing for a while, and their longevity is a testament to the quality of the music produced. Ironically, they still show elements of youthful nervousness (or maybe it’s just the fact that, like many others, it’s been a while since they’ve played to an audience? 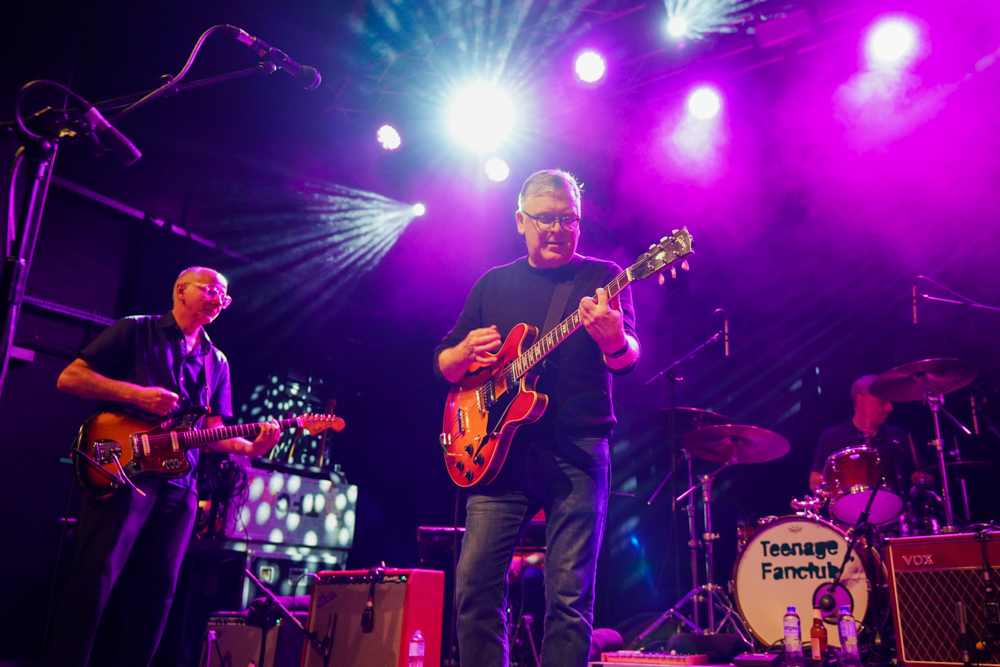 Cut through Warm Embrace and by the time we get to Only With You, the band and the fans are in full swing, and everyone is having a great time. As Alcoholiday starts the crowd are clapping and cheering within the first few bars, and even the teenagers of this particular fan club are in full voice, singing, and clapping along with the more seasoned members of the audience, straight into the title track of the latest album, Endless Arcade.
By the time Catholic Education comes round the fans are ready for it, and the foot-tapping and nodding has become a bit more substantial and ends to massive applause, then things are slowed as we roll straight into Your Love Is The Place, and we see folks start to pull their partners closer, at this point I’m seeing a glockenspiel make an appearance on stage, and I got to say, it’s been a while. 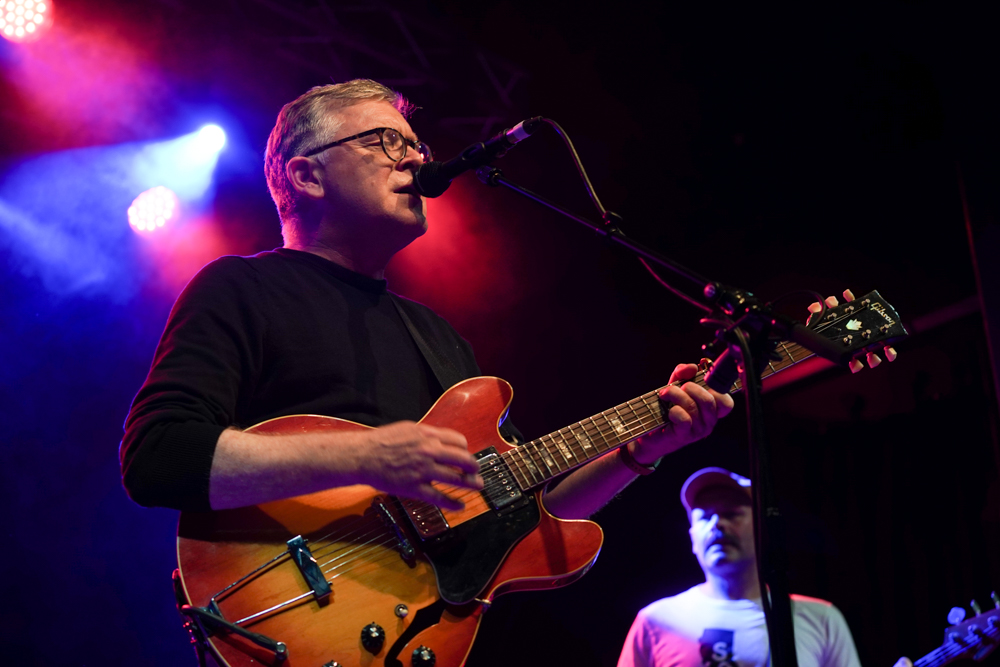 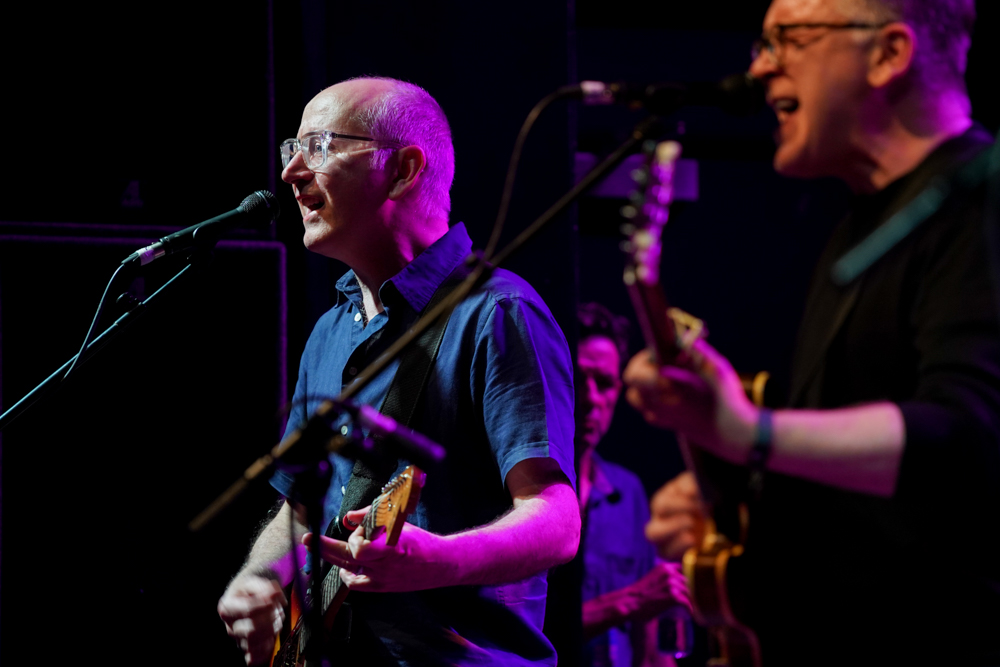 As the band take us on a journey through I Don’t Want Control of You, I’m suddenly hit with the realisation that pretty much every band starting out should be listening to Teenage Fanclub, as they form an absolute cornerstone to so much of what we’ve heard over the last two decades. So the songs continue, and after so long without a gig, it’s easy to see why the chorus of My Uptight Life resonates so strongly with the crowd, and at the end of the track, Norman Blake acknowledges this small matter, giving thanks to the fans, before driving straight into The Concept, and by the end of the first line, he’s got a room full of backing singers.

As the set finishes there is a room full of gratitude; applause, whistles, yelps, and calls for more, and this continues until the band reappear and start the encore. This may be a room that has a lot of folks who are 50+, but each and everyone of them clearly being taken back to their youth with each note that is played. The evening finishes off with the bands first single Everything Flows, and again, the harmonies of Blake and McGinley are warm, and wrap around you like a hug, and the crowd respond with the youthfulness of teens, bobbing and swaying, and mouthing back every syllable, whilst still managing to grin from ear to ear. It may not have been an audience of thousands, but those that were there loved every moment of it, and so they should.

Teenage Fanclub might be a couple of years into this music thing, but they’re bloody good at what they do, and certainly by the audience’s reaction long may they continue.

No usage of photos without written permission.

Words and photos by Kenny Brown, this is Kenny’s first piece for Louder Than War. You can find Kennys photographic work at his website: https://www.kennybrown.co.uk or kennybrownphoto