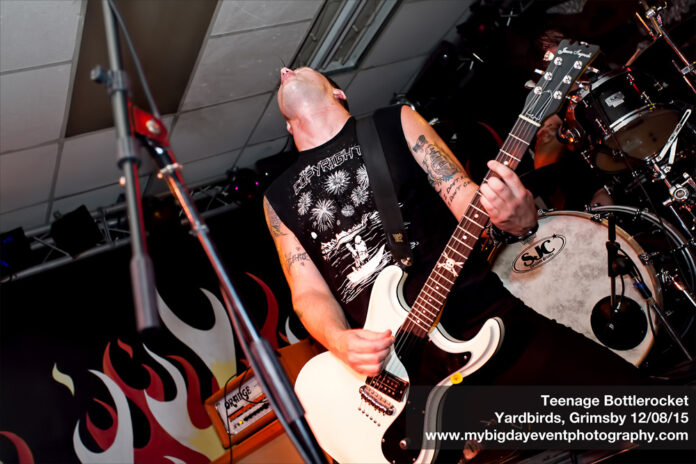 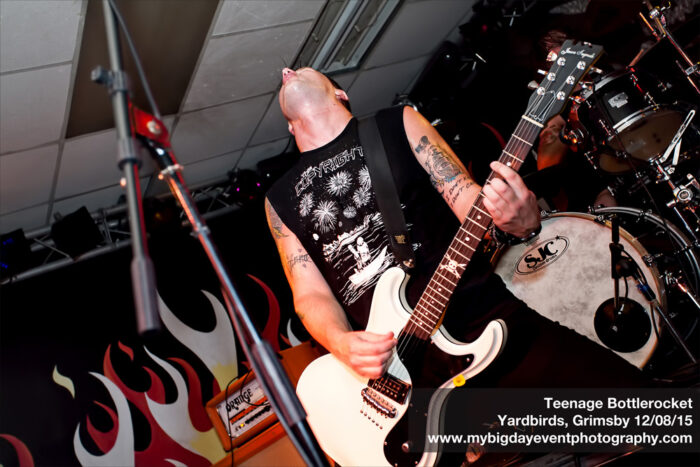 Teenage Bottlerocket are from Laramie, Wyoming, a place you probably don’t know a lot about unless you’re a Jimmy Stewart fan and even that information may be out of date. I will admit that I didn’t know much either until I got my hands on a copy of the Bottlers’ excellent new album Tales From Wyoming, which provides richly detailed introduction to the area. It’s like having a guide book on your stereo and now I am a positive fount of knowledge. So. Wyoming is the tenth largest state, but one of the least densely populated. 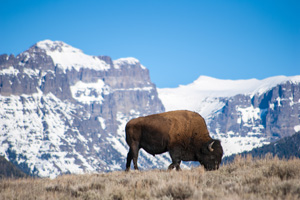 It has girls, zombies, skaters, haunted houses, girls. They don’t have pizza, at least not indigenous pizza, because they have to go to La Collina’s in Colorado for that, which means bringing their Margarita back across the state line. Something similar happened to Chuck Berry. Wyoming’s state mascot is the Amercian bison (that’s a buffalo to you and me) and the official bird is the meadowlark. 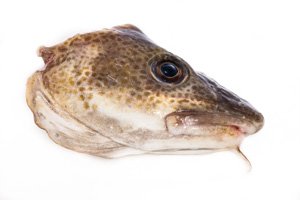 The band arrive in Grimsby (official mascot the Codhead, state bird the fucking great ugly feral gull) in a tour bus the size of the Nunny, (it’s a housing estate). It’s parked alongside the Yardbirds and during the night a succession of locals walk up and touch it to see if it’s real, and lick it for purposes of identification.

It’s an Anarchy Entertainment show so there’s a strong undercard including our very own Not Tonight And The Headaches. They have an album launch on September 26th at The Yardbirds, with support from The Siknotes, Dynamite, Dynamite and the State Of The Art and admission is free. I repeat free. More about NTATH in our review of the launch party. You can hear the first single from the album, which features vocals by Adam Lee from China Drum, on the interwebs. And just here.

Also on the Bottlerockets bill are The Spoilers, a new project from bassist Dan Goatham formerly of Southport, who I am genuinely sorry to miss because I have spent the day listening to their debut EP Staying Afloat and it sounds like superior stuff. Next time.

I do get to hear the full set from Wonk Unit, who have become such regular visitors to the barren north that they should consider opening an embassy. With every show the physical comedy element of the set seems bigger and wilder and frontman Alex Johnson takes time out to do some market research on whether or not he should cut down on the interstitial riffing and maybe get another ten or a dozen songs in, but the assembled company vote in favour of keeping things as they are. He seems pleased and I’m not entirely convinced that, had it gone the other way, he would have considered the result of the plebiscite to be binding. Funny or not the pairing of Horses and Donkey Of The Damned (the anthem of builders’ labourers everywhere) is among the best and most bittersweet combinations of songs you’ll ever hear.

The Bottlerocket have drawn a good crowd to the Yardbirds and there are plenty of TBR shirts in the room and a fair smattering of people who know all the words. Their style is proper old fashioned skate punk, as loud and fast as you like, the sheer velocity of their performance accentuated by some of the quickest stickwork I’ve ever seen from drummer Brandon Kyle. Their songs are about the aforementioned Wyoming things – girls, zombies and pizza, played at a ferocious lick, and all greeted with enthusiasm by what is clearly an audience of fans. There are one or two slightly less frenzied moments too including Nothing Else Matters When I’m With You a song about a relationship based on a shared love of Metallica and in particular the work of Jason Newstead.

Highlight of the set is a storming My Name Is Steve, one of the few songs to be written about the World Of Warcraft or Minecraft or something with pixels and craft in it anyway. It’s a great little anthem in tribute to all the ordinary Joes of the world whose exploits on the virtual field of battle go cruelly unheralded and unsung while people who do stuff in real life get all the glory. Bastards. I used to be really good at Runescape. Had Runite smithing and a dragon scimmy and all, but did I get any medals for it? Fuck no.

Not Tonight And The Headaches: Bandcamp