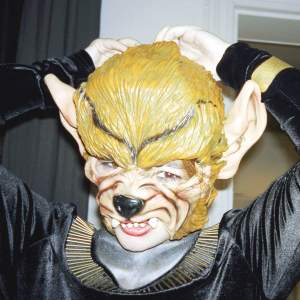 Hailing from Ghent, this hard-hitting trio wear their 90’s alt-guitar indie-rock influences firmly on the sleeves.

As the album kicks off with single Sidenote, my immediate thought was, this is William by The Others. As the song builds it becomes obvious where the root of the bands influence lies. The fuzzy crashing guitar has Dinosaur Jr written all over it. Freak(y) scene. As Hindsight begins, the deal is sealed.  It’s like the 90’s US alternative no wave movement all over again. With the guitars on this one reflecting the melodic dissonance of Sonic Youth, complete the vocal intonations of Thurston Moore. 100%.

The album continues in the same vein, with plenty of frenzied crashing little fury things and melodious teenage riots. There are some mellower tracks like Good Intentions which bring the pace right down and is almost ballad like in its delivery, the vocal more reminiscent of Ben Folds.

What I’ve said so far may sound dismissive but don’t get me wrong, I was enjoying listening to these tunes, but at the back of my head, I was ready to write it off as just another bunch of copyists. However, when you get to my age, the 90’s only seem like a few years ago and when the realisation strikes that we are talking 20+ years ago, the way I approached listening to this album changed.

I thought about the whole generational aspect of what was going on here. I loved alternative music of the 90’s and into the noughties, but the music I really identified with when I was growing up was from the late 70’s/early 80’s. The Smiths, Joy Division, Echo & the Bunnymen, The Clash, The Wedding Present – Indie/Post punk/punk. On reflection, I later listened to countless bands that wore these influences on their sleeves because that was the music that meant something to them.

There are generations older than me that would have dismissed many of the bands I listened to as a facsimile of groups and styles from the 50s/60s. It is that age old question – is anything original anymore? As I listened again, I did what George Michael once encouraged us. I listened without prejudice. When I did, I saw this album for what it was. It’s a young band playing the style music they are passionate about and means something to them.

This sentiment and music on this album comes from that same place I was at when I loved (and still love) those classic bands I mentioned when I was younger and if I was in a band, would have more than likely influenced my sound.

They’ve released an album recorded with a passion and feeling that shows their respect for the music of that era, more their tribute to the bands of the time than a rip off. As the closing bars of Forging Kindness, ultimately one of my favourite songs on the album, faded out,I must say I felt thankful that there were still young bands out there loving and playing this style of music keeping it alive for another generation.

The 9 tracks here are eminently listenable, and as a result being exposed to them, I’ve gone back and dug out a lot of my old 90’s vinyl and CDs and reminisced of good times gone by. Kool things. If you are a fan of fuzzy, dissonant, alt-guitar rock, you could do a lot worse than be a Teen Creep. I sometimes wish I was still one.