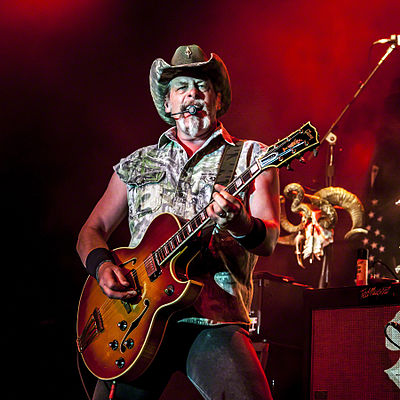 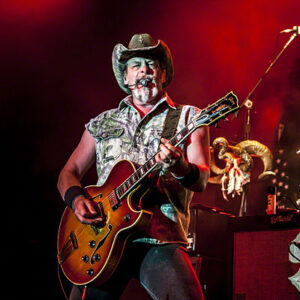 Of course most rock musicians are pretty dumb but Ted seems to be the dumbest.

Ted Nugent has been at it again- another elderly American right wing rock star in bizarre rant…
In response to Idaho Native Americans canceling one of his performances, Nugent went on the following rant.

“I take it as a badge of honor that such unclean vermin are upset by me and my positive energy,” Nugent hatefully said. “By all indicators, I don’t think they actually qualify as people, but there has always been a lunatic fringe of hateful, rotten, dishonest people that hate happy, successful people.”

It’s not the first time he has been on a, frankfully, petty right wing rant and has been more famous in recent years for his conservative views than his long forgotten music. Like Gene Simmons he seems to be just another ageing ugly viewed old timer rock star.