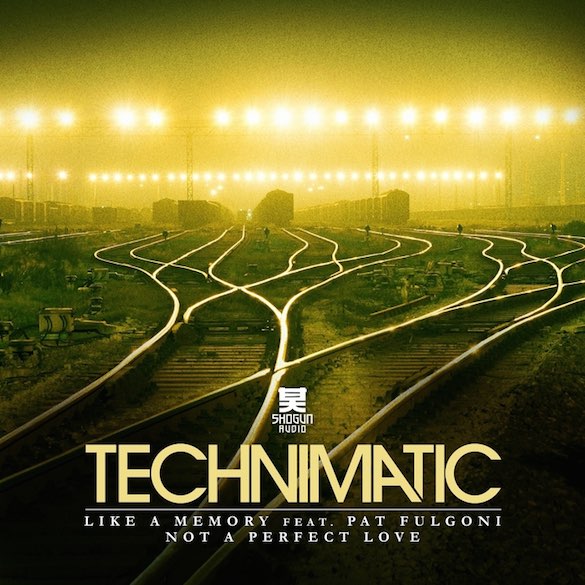 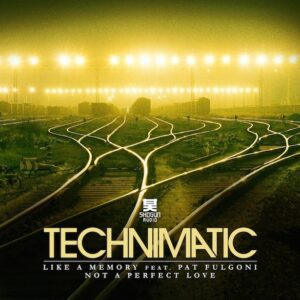 Technimatic‘s new single arrives just in time for the festival season with a full-on summer vibes vocal anthem that and might be their best since their 2013 Intersection EP. It’s also the second taster of their full album Desire Paths, which is out as of 28th of July on Friction’s Shogun Audio.

Like A Memory, with Pat Fulgoni rocking the mic, is the type of track that could destroy a packed room late at night but could work just as well on a sunset beach party. Crisp-clean rolling breaks, and the occasional moody piano notes, build up on the sweeping atmospheric pads carrying the listener away and exploding on the chorus drops. It’s safe to say that Technimatic got the magic formula with this one, making for an excellent example of decently done dancefloor-oriented material. In plain words, a potential hit without sounding cheesy or too obvious. Both the original mix and a radio edit are included in the package.

Not A Perfect Love brings the en vogue sounds of House to the plate, merging chopped vocals and pulsating bass with the high-speed broken beat and feel-good vibe you’d expect from Technicolour and Komatic. Throw in some soulful piano chords and strings along with a funky brass section for maximum effect, stir and serve chilled on a cocktail glass. The undeniable freshness of tracks like this confirms the duo as one of Shogun’s best assets right now.

If you enjoyed this single as much as we did, don’t miss on the album which is already out and creating huge waves and receiving massive support from the who’s who in the scene… and definitely go see these guys play if you have the chance!