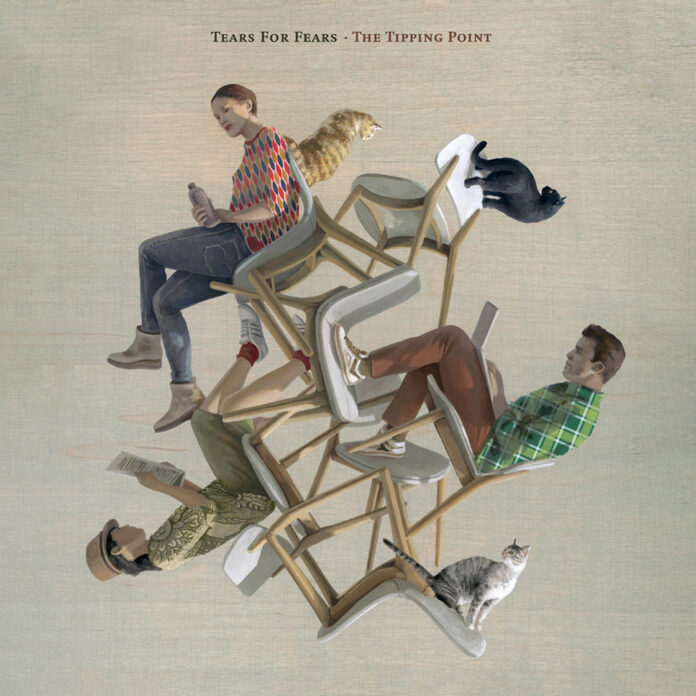 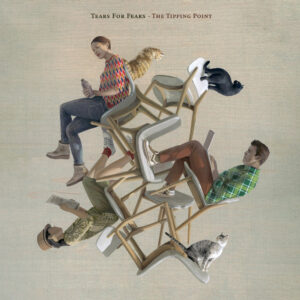 Supremely confident and impeccably crafted, The Tipping Point is Tears For Fears’ most consistent collection of songs, meticulously curated and even carefully sequenced to create an immersive, emotional narrative.

The road to The Tipping Point was long and (yes) winding.

There were the initial “speed dating” songwriting sessions with flavour of the month hitmakers. There was the fully completed album of wall-to-wall “bangers” all intended to top the pop charts. There was Curt Smith’s disappointment in the results, prompting him to consider leaving Tears For Fears again.

There was the prolonged illness and, ultimately, death of Roland Orzabal’s wife, Caroline. There were Orzabal’s own addiction issues and stints in rehab.

There was the arrival (and departure) of Donald Trump on the world political stage. There was the rise of social movements like Black Lives Matter and #MeToo. There was Covid.

And then there was the day in early 2020 when Orzabal and Smith sat together with acoustic guitars for the first time in almost 40 years to write a song. That song, No Small Thing, not only cleared the road to completing the duo’s first album since 2004, it now opens the duo’s best album since, well, ever.

Sure, The Tipping Point will never match the sales of their platinum-plated ’80s output: The Hurting, Songs From The Big Chair, The Seeds Of Love. It doesn’t have any guaranteed smash hits to rival Everybody Wants To Rule The World, Shout, or even Head Over Heels on the Spotify play counts.

But, supremely confident and impeccably crafted, it’s Tears For Fears’ most consistent collection of songs, meticulously curated and even carefully sequenced to create an immersive, emotional narrative. It’s an album by two 60-year-old-men who have something to say, not charts to top.

Backed by music that sounds effortless and fresh, with subtle hints of past successes, the evenly matched duo share their eight-year journey in emotional high-definition.

No Small Thing, which builds from those two strummed acoustic guitars into a full-blown classic rock spectacle, perfectly lays out the shifts in mood and tone to follow over the next nine songs.

Lead single The Tipping Point pairs a familiar world-ruling shuffle beat with Orzabal’s tender description of his wife fading away, delivered in rare unison by both men singing as one. The more restrained Long, Long, Long Time, about the urge to move out of stagnation, benefits from Smith’s smooth, tender voice. So does Break The Man, setting the theme of breaking the patriarchy to a light, breezy musical backdrop that only makes the banging Demons stand out even more. One of the songs salvaged from the album’s original incarnation, it’s a wall of beats and ominous synth sirens that perfectly matches Orzabal’s Shout-volume vocals about surveillance — although the line “my demons don’t get out that much” is possibly one of the album’s most revealing.

Easily the album’s most beautiful six minutes follow immediately after, in yet another contrast. The lush, musically serene Rivers Of Mercy opens with the sounds of sirens and gunshots and reflects on the current state of the world — socially, politically, and personally. The piano and strings ballad Please Be Happy, directed at Caroline, is even more personal, to the extent that Orzabal was unable to sing it, leaving Smith to handle lines like “Please don’t worry, ’cause the world won’t break apart as easy as the glass you dropped and smashed when you tried to climb the stairs”.

Master Plan, with its Ringo-style drum fills, harks back to past glories as the lyrics (appropriately) deal with the challenges and self-doubt associated with being considered a heritage act but wanting to do something new. The bouncy End Of The Night, in turn, is an unabashed pop delight, almost a palate cleanser before the subdued album closer, Stay. Written at that time Smith was considering leaving the band, its inclusion here points to the renewed strength of the duo’s relationship on a truly cohesive album that, for the first time since The Hurting, truly balances their complementary individual strengths.