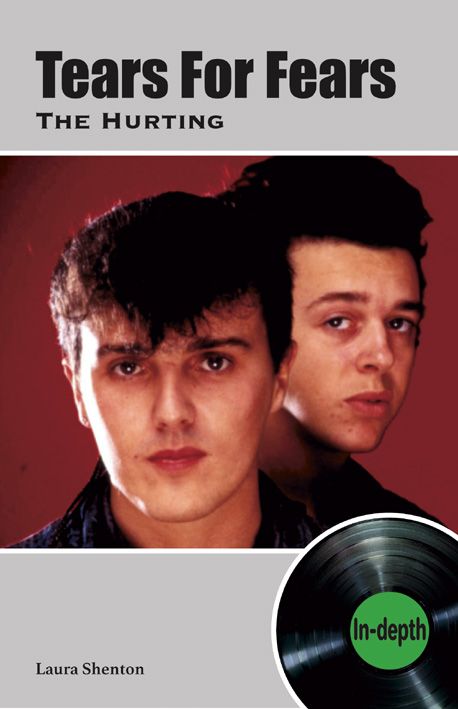 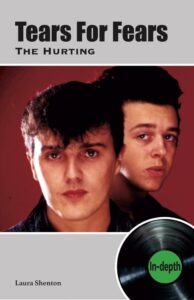 Tears for Fears: The Hurting In Depth

Tears for Fears debut album The Hurting positioned them as a sort of chart-friendly Joy Division. Laura Shenton takes a look at the times and troubles of this album.

Surprisingly, given their success, little exists in the way of books or memoirs about Tears for Fears. Perhaps this is because they haven’t exactly been prolific over the years, but may equally well be down to them falling between two stools; too arty for the pop crowd and too pop for the arty crowd. This has not hampered their enormous success but perhaps makes it difficult to consider which audience to aim books at.

Laura Shenton disposes of this hurdle by focusing on their debut album, The Hurting, released when maybe Tears for Fears themselves were unsure of who their audience would be. This is a rich seam to mine, as it takes in the band’s early years and the road that leads to their formation and their commercial breakthrough.

In a way though, The Hurting In-Depth feels like a bit of an opportunity missed. In the preface to this, Shenton states quite clearly that “I want to offer something factual rather than something that is peppered with my own opinion and interpretation of the music.” While this is a laudable aim, what this actually means for the reader is that this is a book devoted to a single album that contains no review or evaluation of the songs that it is comprised of. Instead, any insight into the songs, their meaning and the creative process that birthed them come from interviews with the band culled from multiple sources.

The research that has gone into this is impressive and the band’s Roland Orzabal and Curt Smith are the people who will know the most about these songs, but their voices seem somehow disembodied due to the fact that they come in fairly short bursts. There is a lack of a cohesive flow or of an authoritative voice to guide us through the album.

This may demonstrate an impressive lack of ego on Shenton’s part and I have no doubt that her reasons for this are honourable. She explains that “For of course, the beauty of music is often in the ambiguity; it would be futile to throw a lot of my own opinions out there because it won’t add anything to the literature if I do that.” But despite all this, I found myself wanting to know her thoughts on it as well as the bands. After reading the book, I am still unsure if Laura is even a fan of the album or the band.

That said, this book makes a great accompaniment to revisiting The Hurting. It avoids the trap of being too detailed or going into unnecessary detail and provides the reader with an insight into the thought processes and the circumstances that were responsible for The Hurting.

The book is not entirely given to quotes, Shenton does a good job of setting the scene and of knitting the quotes together. She has also chosen a worthwhile subject, there is a lot of thought and life experiences that make up this debut album.

There are many references to Arthur Yanov’s primal scream therapy, with Orzabel even going so far as to say that “The Hurting was one thing: pure Janov.” Shenton herself tells us that The Hurting is also concerned with “the psychological traumas of childhood depression” and much is made about Orzabel and Smith’s traumatic childhoods, although with frustratingly little detail other than what the two were willing to say in these early interviews.

Personally, the part of a band’s story I find most interesting is generally their early days; how they came together, how they wrote their early songs and how they first found success, and here the book does not disappoint. Tales of how the band reacted to their first Top of the Pops appearances and how they felt after reading their early interviews provide a great insight into their thoughts and personalities pre fame.

We are treated to the story of how Tears for Fears came about, including Orzabel and Smith’s first band, Graduate, and the painstaking recording process that The Hurting involved. All of this adds some flesh to the bones of the Tears for Fears origin story and Shenton also takes the time to articulate the times in which the band came together, which also helps. The making of the album is well covered, allowing for a good amount of detail of the events that created the record, again told by quotes from Orzabel and Smith.

The narrative covers all the tracks on the album and we find out what parts each of the songs are constructed of but again, some form of appraisal or analysis of the songs would help here. The book lacks any real conclusion, finishing on a quote from Orzabel that doesn’t really sum things up.

From here, the book gives us plentiful images of various versions of the singles and album from this period and some commentary on their chart positions and release dates.

For those of us who fancy listening again to The Hurting, they could do worse than use this book as an accompanying guide to take them through the albums emotional highs and lows and provide insight into the song’s meanings. One of the strengths of these songs is that they stand up to analysis and explanation and, after reading this, my appreciation of The Hurting has increased.

Shenton has, I think, achieved her aim of providing us with a greater understanding of these songs by drawing together many disparate strands from the many interviews the band carried out at this time.

The Hurting In-Depth captures the band before fame changed them and before the dynamics of having two talented and driven frontmen was to acrimoniously split the band, an event that seems an unavoidable conclusion with hindsight.

Now if you’ll excuse me, I am off to try my hand at some primal screaming.

words by Banjo, you can find her Author profile here: