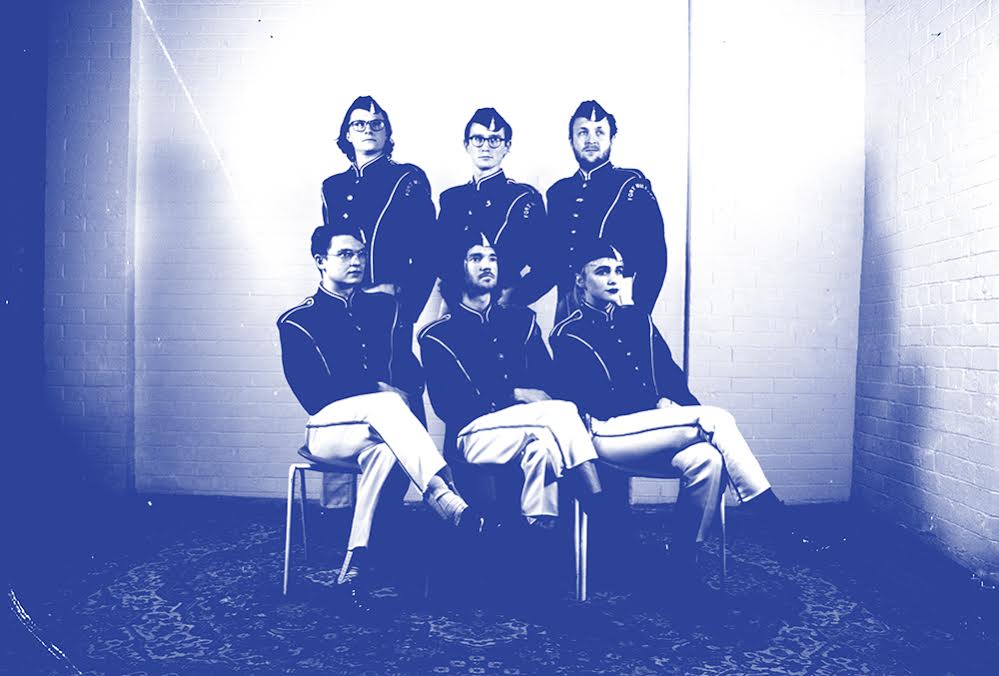 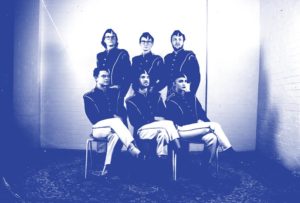 The Leeds-based six piece, Team Picture have today shared news of their mini-album, ‘Recital’, due for release via Big Dumb Music on June 1 – in-line with the news they are sharing the video for single ‘(I Want Your) Life Hack’

The forthcoming ‘Recital’ release is divisible into two with one half accentuating the band’s affinity for 80s pop-sensibilities and the other lending itself to their more accustomed take on Talking Heads & Wire-fuelled post punk.

‘(I Want Your) Life Hack’, taken from the more guitar-heavy flip of ‘Recital’ arrives with this colour vid, drawing on the lysergic visuals of Gaspar Noé’s ‘Into The Void’ spliced with the 80s video game aesthetics of Donkey Kong – quite the watch!

Split into two contrasting halves of three songs with a segue track running through the middle, ‘Recital’ is in part attuned to the band’s sagacious take on pop whilst also touching on their temperament for caustic guitar. Released earlier this year, ’(I Have a) Little Secret’ set the tempo for the first half of proceedings whereas new single, ‘(I Want Your) Life Hack’, finds the band delving into their fondness for post-punk sounds. Speaking about the new single, guitarist Josh says: “This is a Talking Heads song from an alternate dimension, performed by a bizarro-world version of the band, who have half the talent, twice the fuzz pedals, and are fronted by David Byrne’s fictional idiot brother Malcolm.”