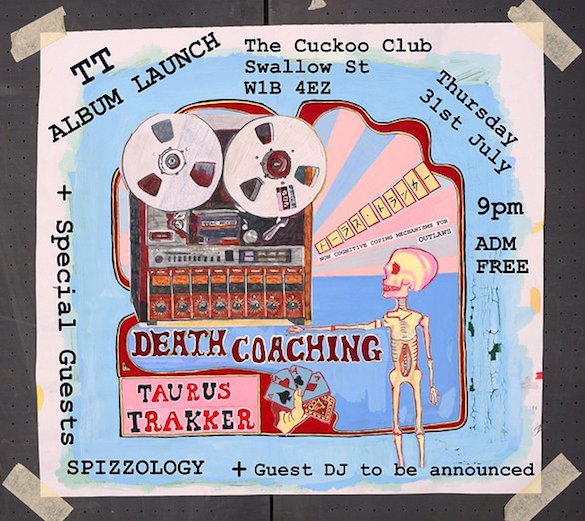 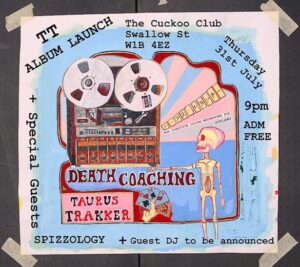 Taurus Trakker, who we’ve been writing about for over two years now, are coming back with a new album ‘Death Coaching’ at the end of the month.

Death Coaching is a ten track release encompassing the full sound and energy of the duo’s (Martin Muscatt and Alison Phillips) rock ‘n’ roll roots, heavy blues and punk as well as Taurus Trakker’s more soulful side. And it’s all delivered with a passion, sound and energy that makes you feel good about rock ‘n’ roll in the capital once again.

It’s no surprise to find out that front-man, vocalist and guitar player Martin Muscatt’s cousin and fellow honorary T.T. band member Mick Jones (see photo below) is on the album too – something that’s especially evident when you get into tunes like ‘Mister B’,’Upside Down and Shake’ or the sublime ‘Tears don’t fall out of Space’.

Death Coaching kind of shares the same impulse and desire of Mick’s own work, stuff like Carbon Silicone’s ‘Whats up Dock’ and ‘Magic Suitcase’. You can definitely hear a connection between the two. 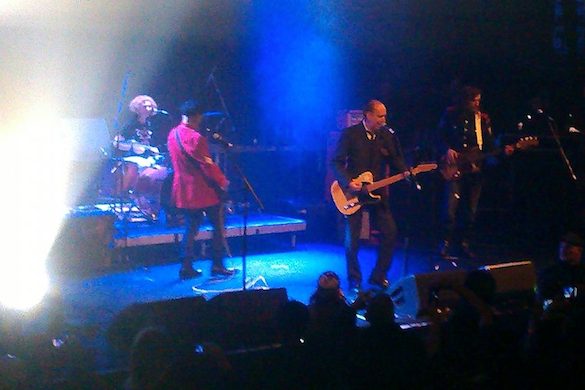 Death Coaching is in fact the band’s third album and it’s their followup to Building Ten which was also reviewed for Louder Than War. It was after a successful Kickstarter campaign that saw Martin and Alison go into the studio that the idea to record the band as true to their live performances as possible came about. And it works well resulting in a towering, weighty, force of nature type of recording which sounds like you’ve got the band in your own living room. 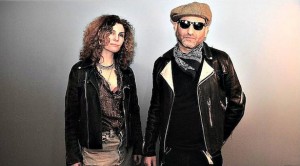 It’s all laid out in the album opener ‘Mister B’, Muscatt’s street smart lyrics and Stoogesesqe groove sets the stall out for some more US pre-punk vibes with ‘Motormouth’, like a contemporary New York Dolls – but louder. Other highlights include side two’s ‘Guru of Blues’ which switches it up with a killer groove guitar line and uplifting sax (courtesy of Dave ‘Flash’ Wright) followed by the belting Townsendesqe guitar lick of ‘Hang On Levi’. It finished up with’ Wild Woman in a Small Town’ which knocks you off ya feet courtesy of Phillip’s stunning drums right out front and its killa chorus.

‘Death Coaching’ is one of those albums put together through passion as much as power, a spirit in which Mick Jones and Taurus Trakker both share and one that makes ‘death Coaching’ our favourite T.T. album yet and one to definitely catch live.

To launch ‘Death Coaching’ the album, due out as a limited edition vinyl and CD, the album will be performed in its entirely live at its launch party, Thursday, 31st July, pm, at: