Home Music Bands The Taste Of TG ‘A Beginners Guide To The Music Of Throbbing... 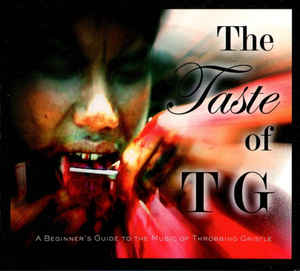 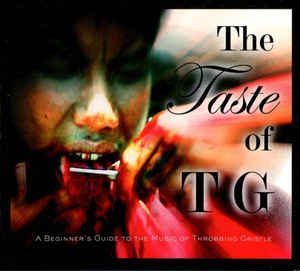 To celebrate the 40th anniversary of Throbbing Gristle’s debut album The Second Annual Report, TG & Mute have teamed up to reissue the band’s acclaimed catalogue. Now available on vinyl for the first time and updated to include ‘Almost A Kiss’ (from 2007’s Part Two: Endless Not), The Taste of TG offers a comprehensive view of the band via singles, album cuts and live recordings. Simon Tucker reviews.

Throbbing Gristle are a ground zero band. They’re a big bang. A band whose influence was not just based on the audio they transmitted but their whole aesthetic. Purveyors of deep psyche-delving sonic onslaught, wearing their own uniforms…creating their own world. Credited as the creators of Industrial Music what this reissued compilation helps you realise is that whilst there are many pieces of music here that are brilliantly disturbing, TG (Genesis Breyer P-Orridge, Cosey Fanni Tutti, Chris Carter, Peter ‘Sleazy’ Christopherson) also created music that was witty, childlike, and full of beautiful melodies.

The Taste of TG unfurls suitably with Industrial Introduction which is the opening salvo on their debut album The Second Annual Report (which this year is celebrating its 40th anniversary). Brooding and brief, Industrial Introduction lays out a path for which we can choose to follow. Embrace or reject. The choice is yours. The oppressive nature of this opener is continued throughout the compilation with the primal horror scream of We Hate You (Little Girls) and the sea-sick inducing Hamburger Lady all able to invoke nightmares or illicit chills of delight and intrigue. This is music to submit to. It’s music to be absorbed into your very soul and if you engage with it on a level where your thoughts are focused on nothing but what is penetrating your ears you are in for a ride that you will never want to leave.

Lightness does peak through the work of TG every now and then and when it does it blinds you with its beauty and for their well earned reputation as a band that push the boundaries of acceptance they have, in Hot On The Heels Of Love and United two of the greatest love songs from that initial post-punk era. These two songs are sensual, sexual, erotically charged slices of pure love and devotion. Hot On The Heels Of Love finds Cosey whispering in our ears and is an early signpost for her and Chris Carter’s post-TG work and is also an early precursor to acid-house whilst United is a crypto-romance story about the blending of two objects. Genesis would pursue this concept later in life with their pandrogyny  project with  Lady Jaye Breyer P-Orridge but when looking back to when it was originally released as a single in 1978 United feels like a relative of Ballard’s Crash. The illicit thrill of two things becoming one. Never do we need to know what exactly the two are.

One aspect of TG’s output that is often overlooked and what The Taste Of..puts back into focus is how talented the group were with their chosen instruments. The equipment may have been primitive but what the four individuals managed to pull out them was extraordinary. What first may seem on the surface as riotous discord and cacophony now reveals lots of hidden depth, swirling melodies and four musicians creating a firm cohesive unit. Distant Dreams – Part Two is a gorgeous Krautrock style lullaby that dances around your head, glistening and full of shimmering beauty whilst Exotic Functions bubbles, gurgles and twinkles transporting the listener to foreign climbs. Some of these melodies are almost childlike in their nursery rhyme subtlety.

For all of TG’s progressive outlook it is obvious that the band were seeped in the traditional, morphing forms well known into a completely new creature. Something Came Over Me is pure Eddie Cochran meets UK seaside postcard whilst Persuasion U.S.A. (a live recording taken from the album Mission From Dead Souls) is pulsating swamp blues that batters you around you the head and shows what a ferocious live outfit the band were.

The Taste of TG…is further proof of how important this band was and remain to UK culture. Like Burgess and Burroughs the four members created a new language for people to speak. They remain as pivotal a band as the more documented Sex Pistols and it could be argued even more influential. They were extreme and provoked a huge reaction amongst people who witnessed them. The members of TG would go on to make even more complex, influential, beautiful and thrilling music after the group initially broke up (Psychic TV, Coil, Carter Tutti / Chris and Cosey) but it is here on these initial releases where their unique vision pierced the minds of many a searching soul. TG were the perfect rock and roll band in that they were raw, uncompromising, intelligent, progressive and against the status quo which is what all good rebellion music is.

The United States had The Velvet Underground, the U.K. had Throbbing Gristle. If this is indeed your first time to approach their music this is indeed the perfect place to start but be warned as if they get under your skin you will never be able to let them go wherever your life takes you.