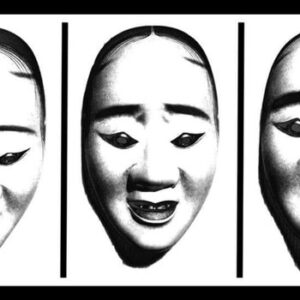 The brutal sounds of Toronto’s Tashme were introduced to my lugholes by a purely beautiful Facebook accident that involved me clicking on a link to a music site that had them featured on it with a black and white picture of the band playing a chaotic looking gig on a skateboard half pipe. They had me at half pipe to be honest. Chaotic is a bonus.

Following the link (Alice like) took you to a Bandcamp page which housed one link called Demo II and another called Demo 2016. Clicking on the links meant falling down the rabbit hole into a world of 100mph riffs, Minor Threat esque lyric delivery and song lengths to satisfy the shortest attention span…….. ooo look a squirrel!! ….I was eventually transfixed…

Demo II is a six tracker that starts with ‘Intro/Lose’ which is a warm up of instruments, vocals and attitude. It’s a bit like a boxer getting ready to get into the ring. Then the vitriolic, fast as fuck punk noise with phoned in vocals kicks in. It really is a very welcome kick in the face compared to the insipid stuff i have been exposed to lately.

‘Charade’ follows quickly and again there is no let up in the noise, speed and absolute shit storm that this lot produce from the start. ‘Reap Nothing’ is a bass heavy driven stomp that offer’s more of the above, but possibly a little faster if that is at all possible? Break downs are present just to catch breath, before you are thrown back into the maelstrom that is Tashme.

And if you thought the previous track was bassy, it ain’t got a patch on ‘Sobre Viviendo’. A menacing, throbbing bass that the mighty Killdozer would be proud of starts this 100mph shout-a-thon that is completely addictive.

‘Fastened’ is yet again fast as fuck and full of the angry, yet emotional vocals that have been present throughout.  Finally, ‘Demons’ offer’s the same, yet it is replete with sinister air sirens that immediately conjure up all sorts of awfulness. It’s actually a very powerful track when you stop and think about it. Very scary for all the right wrong reasons.

‘Demo 2016’ is another demo, but this time it is four tracks and starts with ‘Heat’ which is barely a minute of the most gorgeous balls to the wall drumming, insistent vocal disintegration and guitar noise i have heard for ages. ‘Vicio’ follows very quickly with a ‘traditional’ sounding punk guitar riff that immediately becomes their own once the vocals and fast time signatures come into play. It ebbs and flows like a sewage treatment plant. Lovely.

‘Hunted/Haunted’ is again 100 mph guitars and drums with the refrain of “Hunted/Haunted!” throughout. This quickly segues into final track ‘Tashme’ that is probably the angriest sounding song out of both demos. This breakdown in the middle is needed for all parties to take a breath before any real damage is done. And then suddenly it comes to its natural noisy end and there is no more Tashme filling the room.

From someone who thinks that hardcore punk basically begins and ends with Minor Threat, it takes a lot to convince me that there are any bands that can come close. I also think that Cerebral Ballsy and Trash talk are the real deal too, but in terms of pure unadulterated full on fuck you hardcore punk, Tashme have impressed me beyond any expectations and they are firmly in my top 5 band finds of 2016 and come close to Minor Threat’s anger and ferocity. And things being the way they are at the moment, there will unfortunately be a lot more Tashme esque bands cropping up soon i’m sure. 2016 has been a massively shit year for lots of reasons, but finding Tashme is a welcome surprise and cross fingers they will be playing the UK very soon. Just superb.

Tshme can be found on their bandcamp.