Home Music Bands Target by Numbers To Star in HOPE Not Hate Album Alongside Billy... 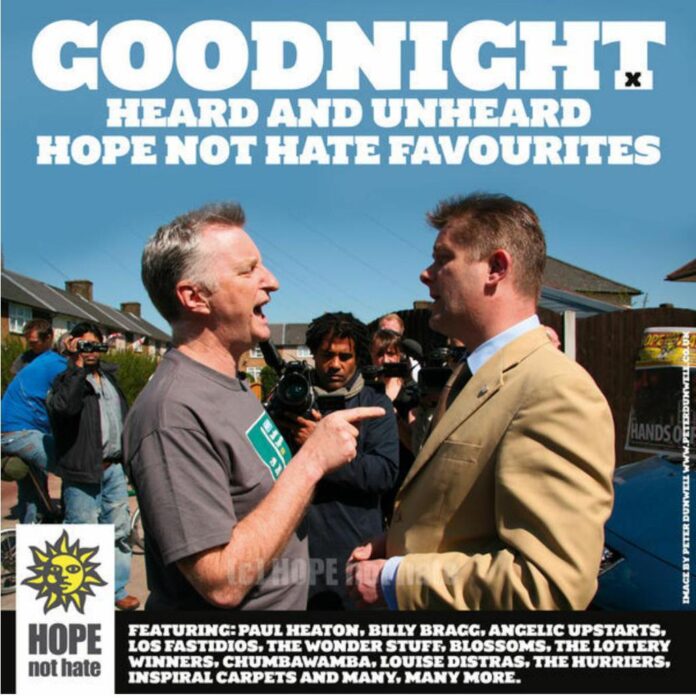 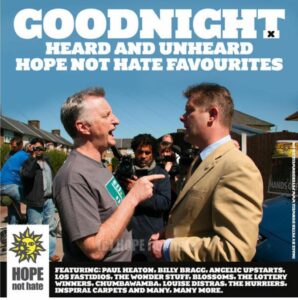 For the few of you who don’t know, HOPE not Hate have for some time now been campaigning “to counter racism and fascism”. To that end they’ve recently announced the release of an album featuring many well know anti-racism musicians – and some not so well known. Featuring in the latter category are indie ska band Target by Numbers who Sophie Sparham recently spoken to about their involvement in the project. Over to you, Sophie…

There are many things in this world that I dislike, but not many that I hate, but racism is one of them. However, I’m not here to sit and rant about how much I don’t like UKIP, but to draw your attention to something wonderful.

Dudley four-piece, Target by Numbers are joining the fight against hate crimes by featuring on Hope Not Hate’s album; titled ‘Heard and Unheard Hope Not Hate Favourites’. Pretty awesome, hey? What’s even more awesome is that their track appears alongside names such as Billy Brag, Angelic Upstarts and Paul Heaton.

“We have not yet had chance to listen to all of the tracks and although the album has just been made available to order, we have only just found out what the full track listing is. We have also just found out that the Wonderstuff track has actually been written specifically for this so we are really looking forward to hearing that one.”

“We never imagined being in a situation where our band would sit on a track listing with such reputable artists. It is also really good to see these artists supporting a cause like Hope Not Hate.”

The indie ska band got involved when Paul Heaton asked them to submit a track to the charity.

“We had not come across them before so we did a bit of homework and found out that they stood for a lot of things that we also believe in. Straight away we wanted to be involved with this project and support them however we could. Amazingly they got back to us and told us that we would be part of the album. They do some fantastic work in fighting extremists and hate groups and we would love it if a few of the readers gave them a follow on Twitter or Facebook.”

“The track was basically about the politicians that abuse the system and was based on the expenses scandal stories. Along with many others we were disgusted by what was being reported and this was our little dig at them.”

Now, I know what some of you may be thinking. How does music help fight racism? (Then again, if you read Louder Than War you’re probably not thinking that at all!) Well the answer is simple, culture, especially music, changes perspectives and lives.

“Music plays a very powerful role in society and is a very strong medium that can change the way people think and feel. Hopefully this album may make some people see things a little differently and change some of their opinions.  There is also the fact that the money raised will help fight racism and fascism which has no place in a civilised society. There are a number of hate groups that operate around the UK that need to be stopped. Most of these groups deny being racist and fascist and Hope Not Hate do a lot to expose the truth behind these groups. Every album sold will help Hope Not Hate in their battle against them so we believe that this album is very important. The album is now available to order on their website and is limited edition so we advise that people wanting to hear it get in fast”

If you don’t know who Hope Not Hate are, please go and check them out, they are awesome.

We love you Target by Numbers.

HOPE not Hate can be found online here: hopenothate.org.uk. They’re also on Facebook and tweet as @hopenothate.