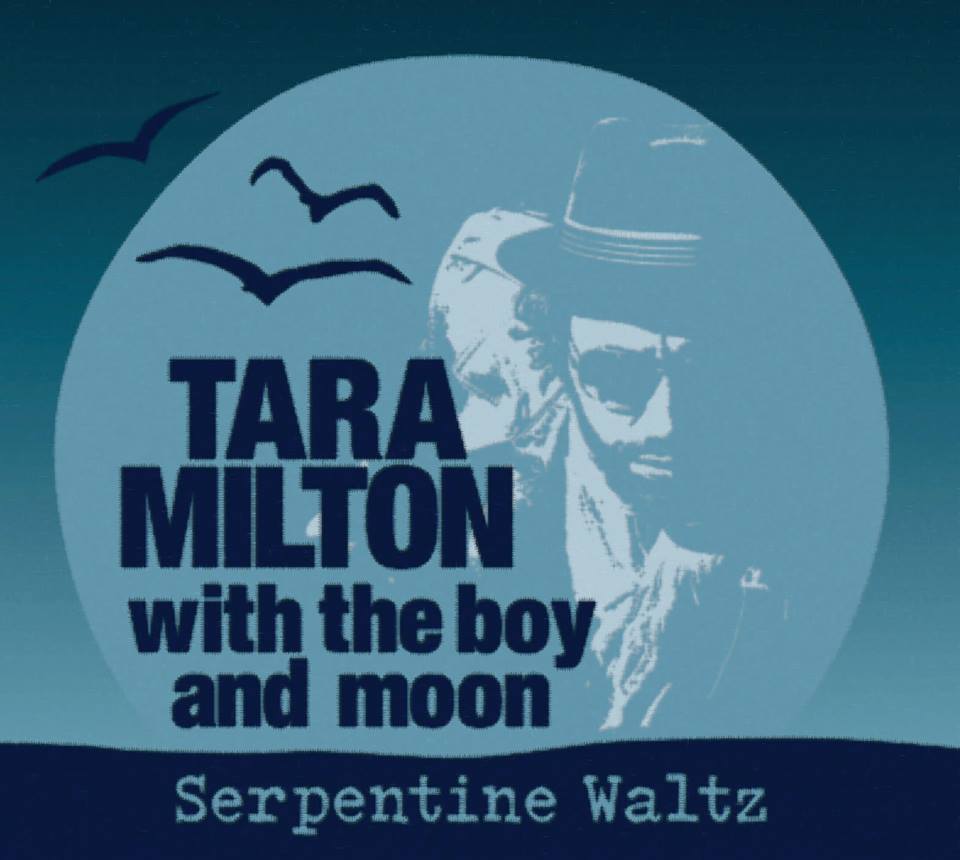 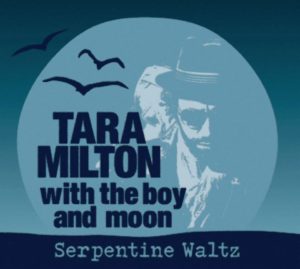 Twenty years in the wilderness and  former Nubiles/ Five Thirty frontman returns with a stunning album which will surprise, delight and enchant anyone who wants to escape… from rock’n’roll and from the everyday.

This is a classic album which everyone should hear… whether or not you know anything of Tara Milton and his previous work.  Like say, Bjorks ‘Debut or the first Portishead album, it arrives fully-formed, unique and exceptional, taking a step away from rock and pop and creates it’s own serene, cinematic universe.  It’s an expressionistic travelogue in songs wrapped in lush, lavish arrangements.  There are jazz and folk elements, strings and brass, and very little by way of rock and/or roll.   It is a beautiful atmospheric ‘late-night’ album.

Lyrically it seems to take a magical realists approach to semi-autobiographical musings and reveries.  It takes in  languid highs (Serpentine Waltz) and desperate lows (Laying Low in Chicken Town).  The words and music both travel from New York to Europe to London.  Mariachi trumpets, jazz swing, a Parisian vibe, flamenco guitar … it really is a trip around the world and a compendium of  fantastic tales and moods.

As I said, you really don’t need to know anything about Tara’s history… but here it is:

Five Thirty (1984 -92) were kinda the missing link between the Jam and the Stone Roses. Their thunder was stolen by Manic Street Preachers to some extent… they were a three-rock’n’roll band who played literate psychedelic soul music – they were the  greatest ‘lost  band of the 1990’s… Tara Milton was their bassist and co-vocalist. He went on to form the Nubiles  (1993-97?)- a manic jazz-punk sex-and-drugs rock band hellbent of self-destruction who released one of the greatest singles of the 1990’s – called Layabout.   It’s perhaps not surprising he has been AWOL from music for 20 years until now….  Matt Mead caught up with him for LTW recently.

Tara was a gorgeous-looking young man in the late 80’s and a full-on hedonist from all accounts – which makes Serpentine Waltz no surprise to those of us who saw his bands, in that it seems to be an album of post-self-annihilation blues initially.  Instead of wallowing though, it embellishes and goes off on abstract tangents  and  details the romance and decadence of his lifestyle and adventures with a kind of wicked pride. It makes the comedown sound like a lush dreamworld and the narrator a wicked figure. part Peter Perrett (1970’s model) and part Peter Cook in Bedazzled.   The ‘velvet croon’ and occasional bit of Bacharach-style jazz are deceptive.

The opening song ‘Assassins‘ is about dream-sellers offering special offers for new-comers, get your first dream free...  and what they offer has a seductive kind of bliss its hard to argue with.  The only warning is in the title, the fact that they are Assassins – who are profiting from trying to kill you.

The centrepiece of the album and arguably the finest track is Double Yellow Lines, an absolute epic – with two distinct parts.   Matt Mead and Tara discussed it here.  Have a listen and tell me that it’s anything but sublime… the breakdown into Miles Davis trip hop narrated by Henry Miller is fabulous.

I could give you a breakdown of all nine songs, but that would spoil the surprise.  There’s not a weak track on the album… even when it goes a bit Bob Dylan and Nick Drake ( two artistes I just don’t dig!)  I was trying to desperately think of how to sign-post Serpentine Waltz by using obligatory comparisons to other artists…  Halfway between Nick Cave and Nick Drake… was one idea, which is OK… but not quite right.  Then I thought about Leonard Cohen. I only have a beginners knowledge of his oeuvre to be honest – but there is definitely something of Len in Tara’s work here.  The Romance, the darkness and the literary, poetic way with songwriting and delivery.

A Song to the Open Road is the song which closes the album – and it’s a killer.  A bit Cohen, a touch of Weller, a dash of Dylan – after a few listens you would swear it’s a classic old song which you’ve known for most of your life.

The musicians collaborating on the album are all exemplary. (Barrie Cadogan on guitar is particularly brilliant.)  They have captured the whole panoramic feel Tara wanted (I imagine) with a beautiful, warm, analogue sound.  It’s timeless stuff.