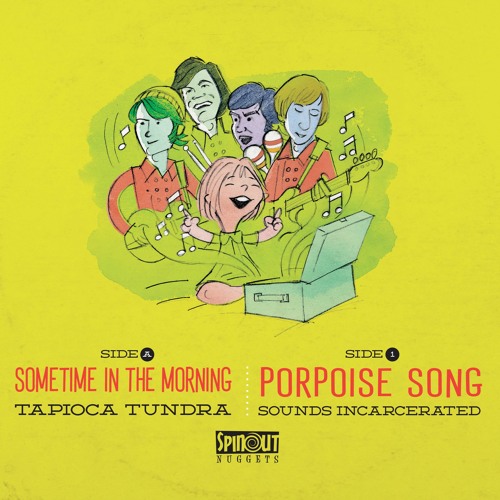 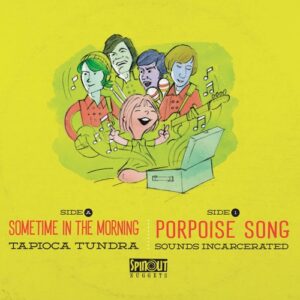 Spinout Nuggets release a great split single of jangle-pop from Tapioca Tundra and wistful psych from Sounds Incarcerated as they cover The Monkees.

The Spinout Nuggets label continue on excellent form with the release of this new split single from Tapioca Tundra and Sounds Incarcerated, the two bands complementing one another perfectly for a slice of blissful end-of-the-summer indie-pop. Born out of an initial idea for a concert that was put on hold last year, each contributing their own take on a Monkees track.

Tapioca Tundra is a collaboration between Mary Wyer/Julian Knowles (Even As We Speak) and Beth Arzy (Jetstream Pony and The Luxembourg Signal) and here they run through a pretty faithful rendition of Sometime In The Morning. The song suits them perfectly as they layer it with their bands’ respective styles to elevate the song to another level. The warmth of Mary and Beth’s vocals combine beautifully to glide over Julian’s music, recalling Mazzy Star at their most dreamy.

On the flip side, Sounds Incarcerated take on Porpoise Song, written for The Monkees by Carol King. Here, the duo comprising of Viv Bonsels and former Prisoner(s) Allan Crockford from The Galileo 7 again stay close to their source and have produced a version that drifts on wonderfully over the dense organ sound. It stays perfectly in that hazy 60s-psych style, Viv’s vocals sailing out and pulling you in.

As the summer fades, Spinout Nuggets have once again hit the mark with this release. It’s one to play over and again as the light fades and the evenings draw in.

The single is available now from Spinout Nuggets.