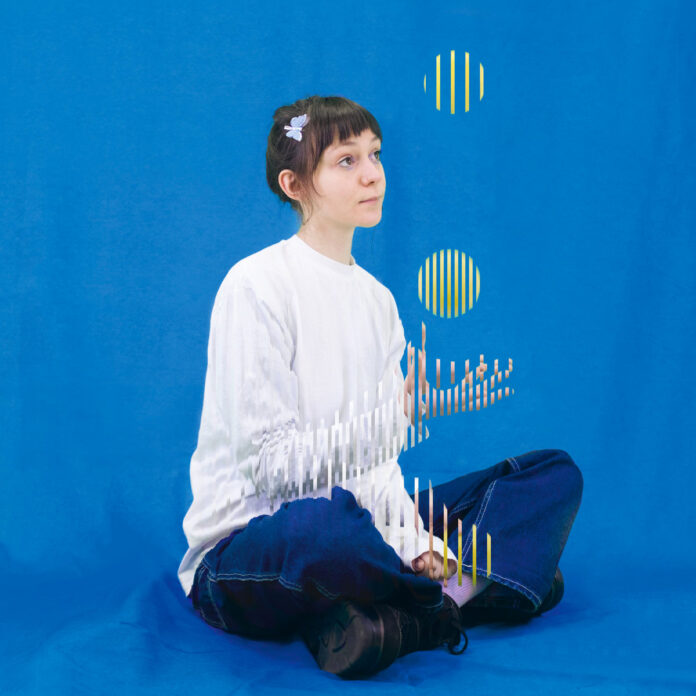 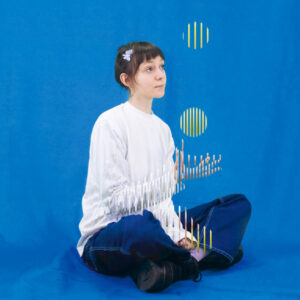 Tapeworms debut album ‘Funtastic’ for Howlin’ Banana Records arrives in late September and is, possibily the most European sounding album you could want to hear in 2020 (there may be others but we’re closing in on the end of year and this gets my vote!)

Tapeworms are Margot Magnières and brothers, Théo and Elliot Poyer. Originating from the culturally renowned Lille in Northern France, ‘Funtastic’ follows a couple of home-recorded EP’s ‘All Stars’ released in late 2016 and ‘Everything Will Be Fine’ in early 2018. The trio, have been described as ‘most exciting newcomers in the French Shoegaze scene,’ and have been working on ‘Funtastic’ since 2018 (although the opening track, the eponymous, ‘Tapeworms’ from their debut EP appears here in a reworked form)

On first listen I was drawn in by the instantly familiar influences which make it easily accessible, whether on the recent singles ‘Safety Crash’ and ‘Palm Reading’ channelling Stereolab; ‘Crush Your Love’ with its hints of ‘Ride’ or the aforementioned ‘Tapeworms’ which is not dissimilar to C86 era Jesus And Mary Chain.

As you may have guessed, this isn’t your standard, ‘bass, guitar and drums’ sound, it’s awash with synths and electronica. The band also borrow from J-Pop and the world of video-games, the opening track itself, ‘Next Time Maybe’ sounding like Lush being mixed through a Nintendo games console (other games consoles are available) which give it an extra ‘twist’.

Having immersing myself in the album and loving it I started to feel a little guilty about comparing so much of it to other acts. To redress the balance I reached out to the band to let them have their say… 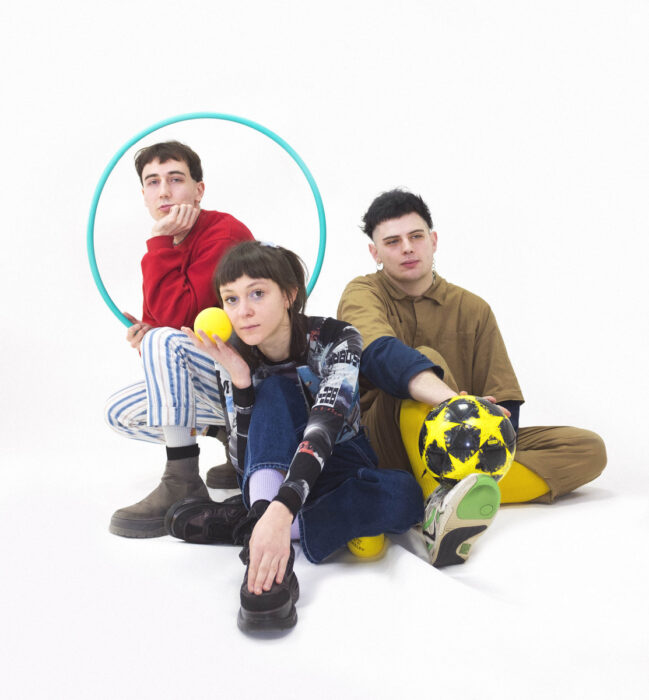 LTW: I hear a lot of influences on the album but you’ve managed to make a record that is very different from anything else around at the moment. What music did you have around you growing up?

Eliott: Mainly what our parents were listening to : Queen, Supertramp, Fleetwood Mac and lot of French singers. Then we discovered ‘Odelay’ by Beck, and our uncle offered Theo Discovery by Daft Punk his 10th birthday.

Margot: As a kid I listened to a lot of Americana music at home! Growing up I turned into 90’s grunge and dream pop, Sparklehorse and Dinosaur Jr were my favourite artists when I was a teenager.

LTW: What does the writing process look like? Do you start with music and add lyrics later?

We don’t really have a unique process. For Funtastic we got locked up and wrote all together. It was the first time! Usually we need to get individually focused on riffs, chords progression, rhythms or sounds before playing it together. When we record, samples and experimentations are added and Clément, our producer, helps us a lot in revealing what is missing.

Concerning lyrics, we happen to have words before music but usually we work on it at the same time we compose because it definitely guides the structure of the songs, but lately it can be really last minute writing !

LTW: ‘Smiling Through It All’ is the shortest track on the album at just one minute and quite ‘abstract’. Was this deliberately designed as a ‘palate cleanser’ before the closing tracks?

It was more conceived as a checkpoint than a ‘palate cleanser’. Like, ‘you already made it halfway through, keep going, there’s more to come’. A bit like a save room from Resident Evil but ‘what is yet to come is not as evil’.

LTW: One band the album reminded me of was The Cardigans (before they went ‘massive’) Do you think there is a common ‘feel’ to music made in Europe? I couldn’t imagine the album being made by a British or American artist?

That’s funny because it’s not the first time someone talked about The Cardigans, listening to ‘Funtastic’. We had never listened to any of their albums before (except tracks ’Lovefool’ and ‘Favourite Game’), so we listened to their two first albums this year and we enjoyed it a lot. We can see why we remind you of this band, there’s a common feel in the pop-writing. Except that they are crazy good musicians.

LTW:. As we’re still impacted by Covid, are you looking at different ways to promote and possibly perform the album?

That’s what we are focusing on right now. Trying to find ways to promote the band and the album, without stress, with complete control and in ways that suit us the best. The album was supposed to come out in April and back then we had planned a lot of gigs. Today as everybody is struggling with the policies of their district we are thinking more on streaming options. Livestream can be seen as something really exciting. There’s a lot to imagine right now, with so many possibilities. We are actually trying to organize something in Europe for 2021’s spring, but it’s still very blurry!

One thing that’s not blurry or in dispute is the talent and imagination Tapeworms possess. I’d highly recommend ‘Funtastic’ if you fancy something a little continental as nights begin to draw in.