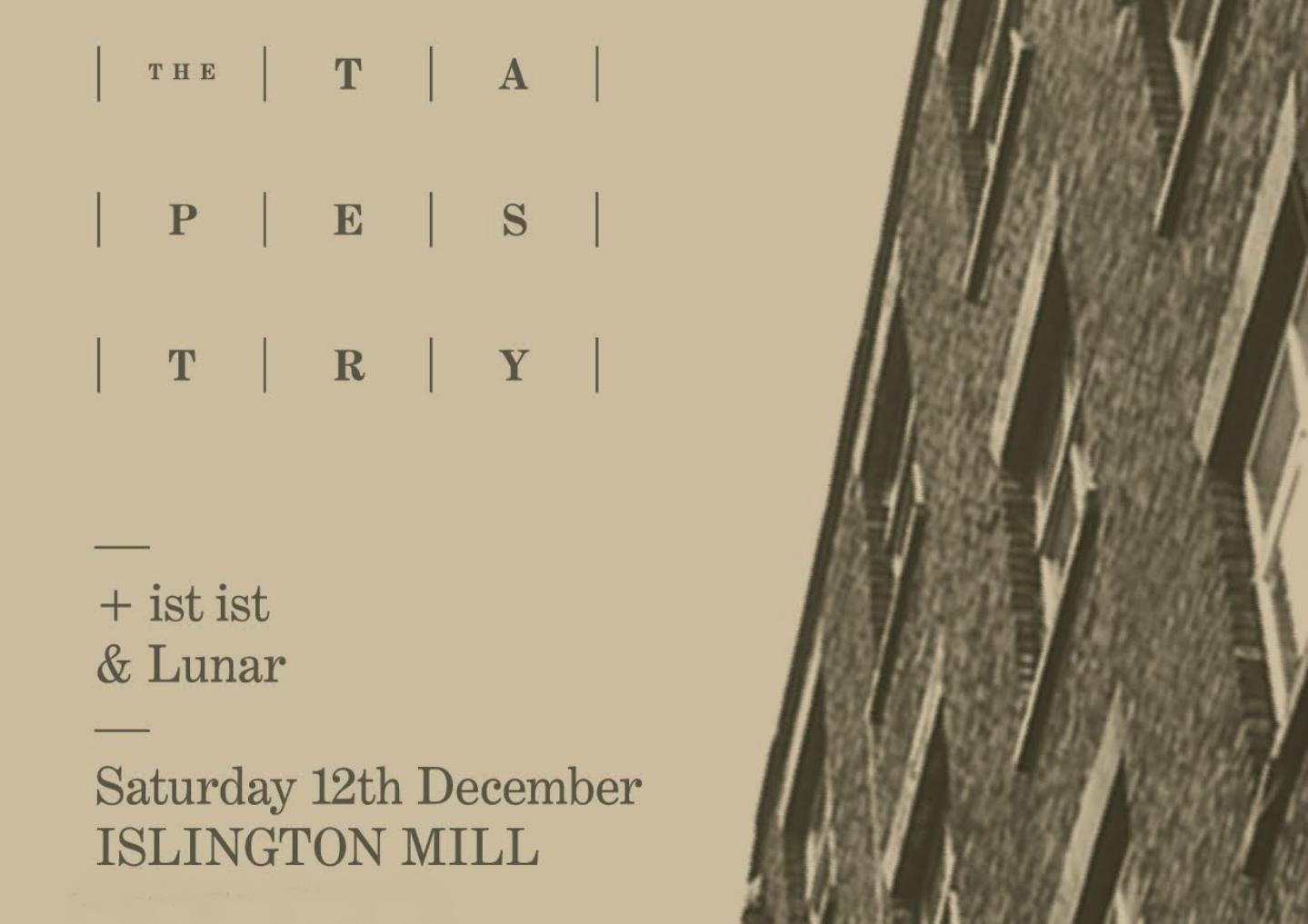 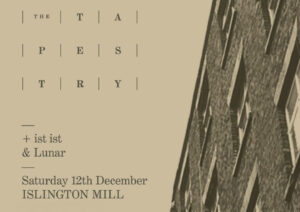 Walking down to the five storey creative hub that is the Islington Mill on a dark cold December night you’d be hard pushed to believe that there was much internal activity you’d want even an inkling of. However, as the weighted door gives way the pockets of warm yellow glow and small bright twinkles highlight an atmosphere which has turned from sinister to sociable. 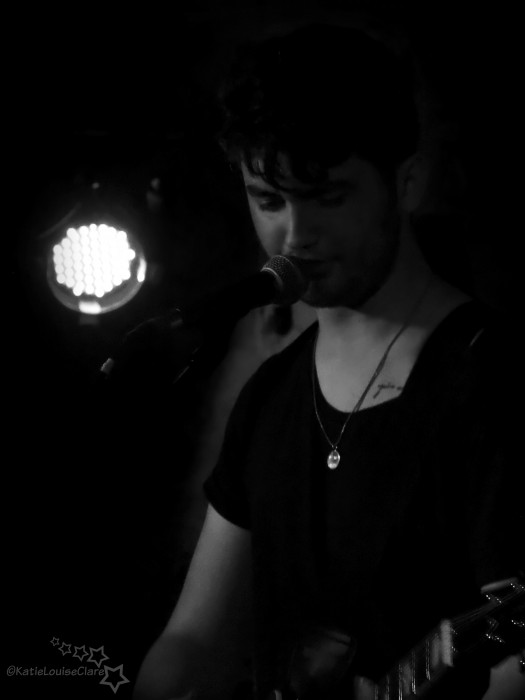 New bands often to go through their musical freshman year, delivering material that reeks of nothing more than the rotting corpse of their rock star idolism: When you’re lucky enough to see one that has straight out the gate forged themselves their own character you cannot help but bask in your good fortune. Creating the light in which to do so tonight is Lunar. Incorporating a glorious, funky indie rock that carefully balances pop canniness with some delightfully executed post-punk revival melodies together these show Lunar to have something of an innate understanding of how to create music that is immediately listenable.

This new Manchester four piece Sam Carson,Luke Bonnell, Christie O’Connell and Max Pilling clearly work well together and provide a confident handful of soaring songs with affable choruses that as a preface of what Lunar have to offer is certainly exciting.

A melancholy sledgehammer seems to have forged the under laying groundwork of the flash of sound that is ist ist. Industrial with the sludge removed, rock without the affectation producing short sharp tracks of intensity, that display some interestingly staggered melodies evident beneath their thunderous resonance. Tracks such as Brutalize, Waves, Dance, Love Song and Rats indicate that their lyricism doesn’t cement the bands philosophies only in the cerebral and raw: although the delivery seems to point heavily in that direction.

While there are elements of what has come before ist ist are beyond being a carbon copy of this band or that, there is more than just aggressive industrial leanings, something other than simple rock uproar and with such noteworthy contemporary electronic resonances it’ll be interesting to see how their sound progresses. 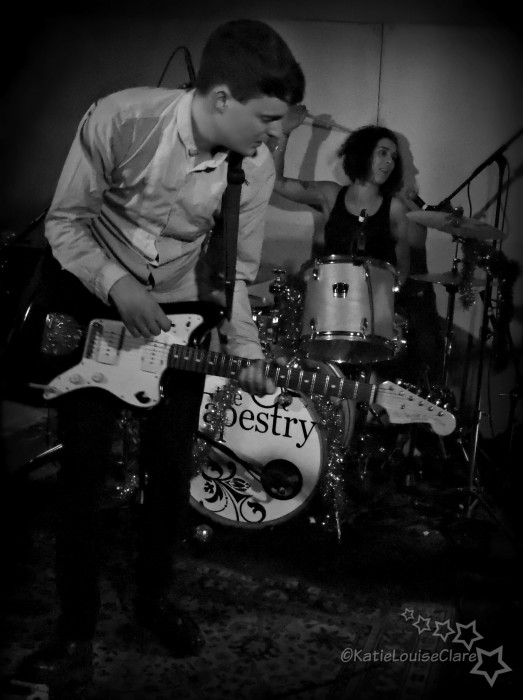 The Tapestry kick off their set with the glam rich stomper Look Out – dynamic drumming and bass alongside the melodiously guitar bounce sets the pace for a nippy all thriller-no filler show. We are already half way through the evening tracks when we reach the bands the band’s latest single released at the end of last month the tracks available as free download to launch their new website. Follow on from their preceding single Infatuation – We Talk is a fresher friskier slice of post-punk indie that again shows their talent for inventiveness that’s accessible, enjoyable and very creative

The Tapestry close out the night on the back of Infatuation and Rode Your Luck the dancing singing audience greet both with loud vocal appreciation the perfect merger of skilful taut beats and exchanging rises and fall of melody and vocals; How The Tapestry manage to continuously perform with such precision and attentiveness while still providing a delightful sense of imminent chaos is just part of what makes them such a superior band.

The mark The Tapestry’s new website We Talk  is available as a free download when you join the band’s mailing list: there a new video to accompany the single directed by Dan Ollerhead is available to view here.  You can also follow The Tapestry and keep up to date with tour dates, new releases and all further information via their Facebook and Twitter they tweet as @The_Tapestry.

ist ist have recently been in the studio and will have further live dates in the new year – up to date ist ist information can be found on their Facebook, BandCamp and on Twitter where they tweet as @ististmusic.