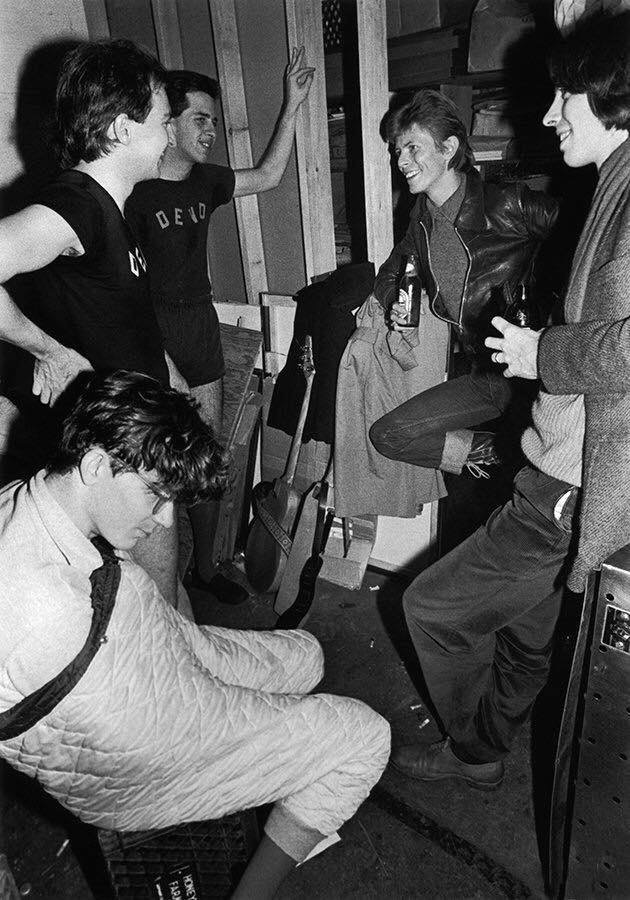 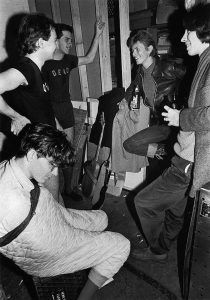 A legendary jam session between David Bowie and Devo may finally surface according to Devo member Mark Mothersbaugh and reported on the Bedford and Bowery website.

’A couple of months later, Bowie, Brian Eno, and Devo were in Conny Plank’s studio on the outskirts of Cologne, Germany, recording Q: Are We Not Men? A: We Are Devo!. Well, most of Devo was there. The band’s bassist had missed his connecting flight because he was fighting with his girlfriend on an airport pay phone, Mothersbaugh said. Everyone else made the best of it: “Devo jammed with David Bowie, Brian Eno, Holger Czukay [of Can], and a couple other odd Germans that were electronic musicians that happened to be hanging out there.”

Recently, while bringing his Devo archive back to his studio, Mothersbaugh found a recording of the epic jam session. “I haven’t listened to it yet because I just found this tape,” he said, as jaws dropped in the audience.

That isn’t the only gem Mothersbaugh has happened upon. He also found the 24-track master tapes that the album was recorded on, along with sheets of paper on which Eno had documented each song’s instruments, effects and audio settings. “There’s these tracks down below that say things like: ‘David’s vocals’ and ‘Brian’s extra synths.’ And I’m like, ‘I remember turning that stuff off when we were doing our final mixes.’”’