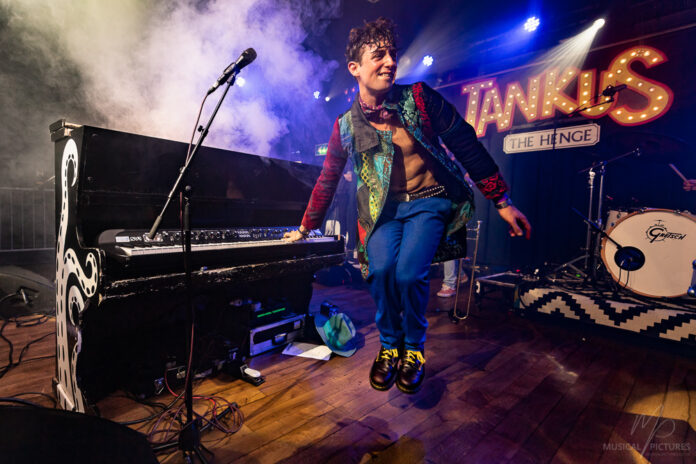 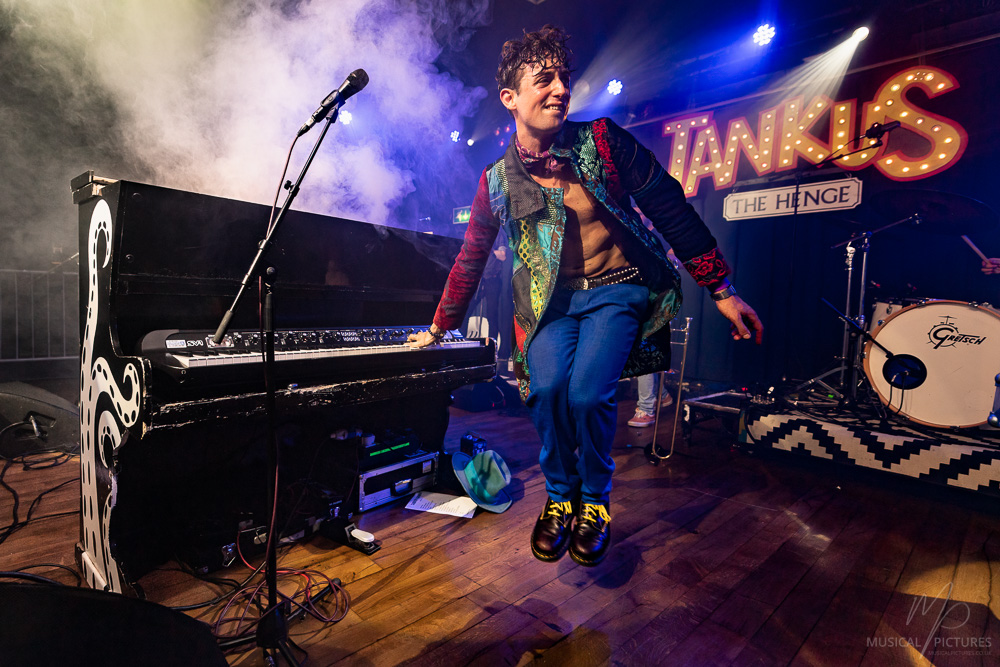 To truly get Tankus The Henge, you need to see them live. Sure, three studio albums give an idea of a sound that “eclectic” doesn’t even come close to describing. Yes, the concert footage posted to YouTube by fans hints at their musical prowess and dynamic performance style.

But only when you’re in the same room as these seven musicians and 800 of their fans do you feel the full force of a band most easily described in terms of natural phenomena. Take your pick from tsunami, earthquake, or tornado. 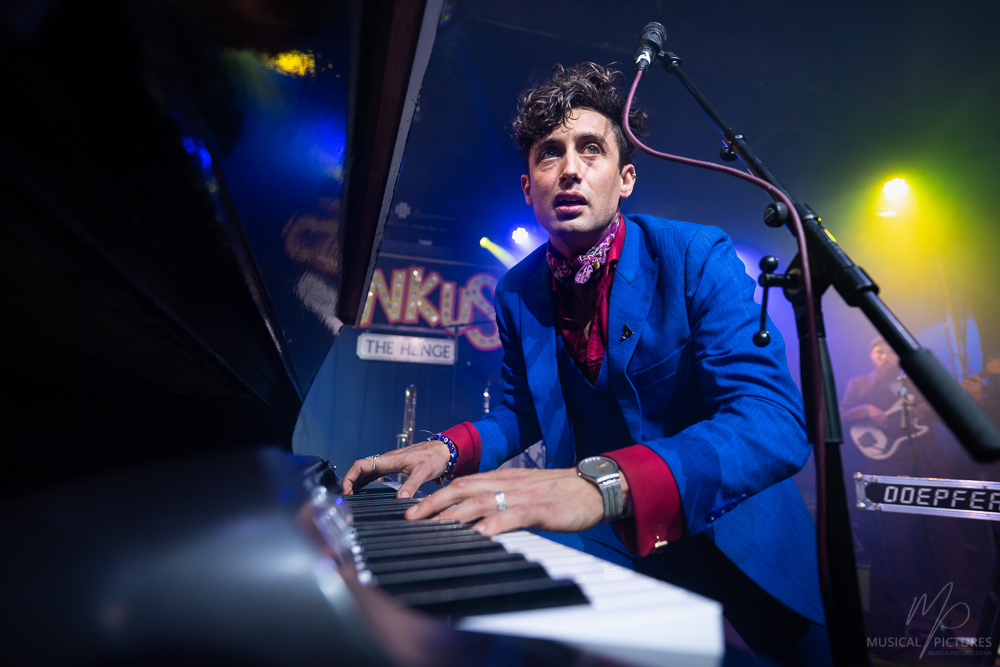 At its centre is Jaz Delorean – singer, pianist, showman. Channelling his background in funfairs and circuses, while taking inspiration from the early 1900s travelling shows, he knows how to keep an audience entertained. There’s the lavish blue three-piece suit and red shirt, finished off with a matching hat and neckerchief. There’s the mid-show costume change to technicolour dreamcoat.

There’s his black upright piano, decorated in white tentacles, that belches smoke, rocks forward precariously like something out of a Harold Lloyd movie set at sea, and acts as a dance stage. There’s his ability to play one-handed while standing up and facing the audience to sing. And, as much as he’s putting on a show, there’s a real joy here that can’t be faked.

But showmanship can only get you so far. Delorean has surrounded himself with musicians (including a brass trio juggling saxophone, trumpet, trombone, and what looks like a sousaphone) not only capable of keeping up with him, but the demands of that eclectic back catalogue. 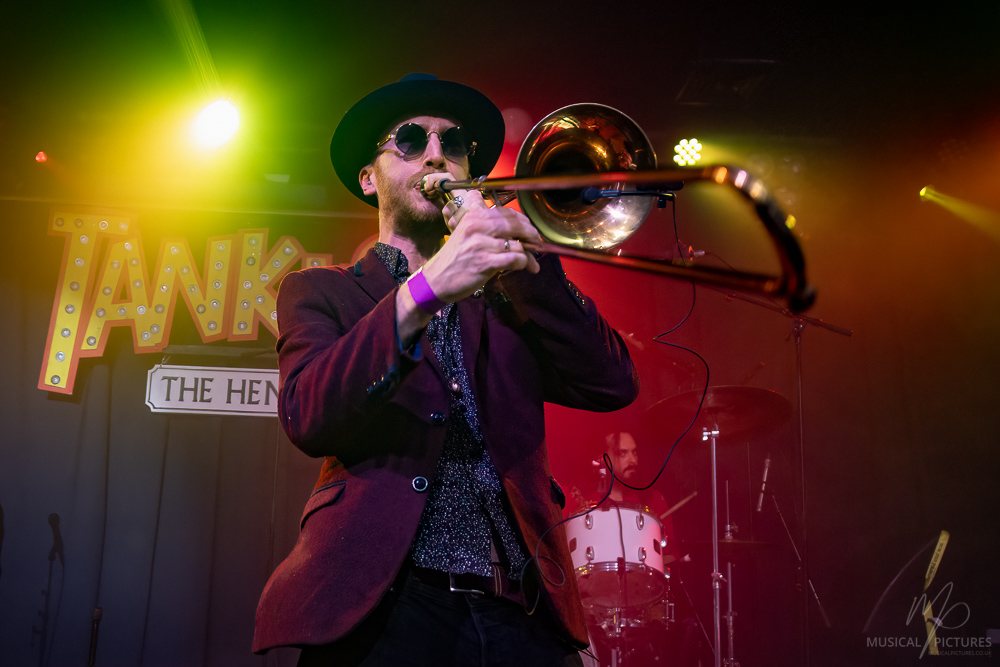 And, like Delorean himself, they don’t stay in the same space for long. Set opener Shoeshine gradually builds from sensitive singer-songwriter-at-a-piano to a lush swathe of brass one might find on a ’50s film soundtrack. Rock, Paper, Scissors’ retro psychedelia is as full of time changes as a National Rail departures board before ending in a tidal wave of brass and searing guitars.

The mercurial Balkan punk of Recurring Dream, in turn, transforms into a heavy stoner rock anthem for its finale. And, for a while, the sultry croon that is the gentle The Only Thing That Passes Here Is Time uses a frenzied sax solo to flirt with Bitches Brew-era Miles Davies. 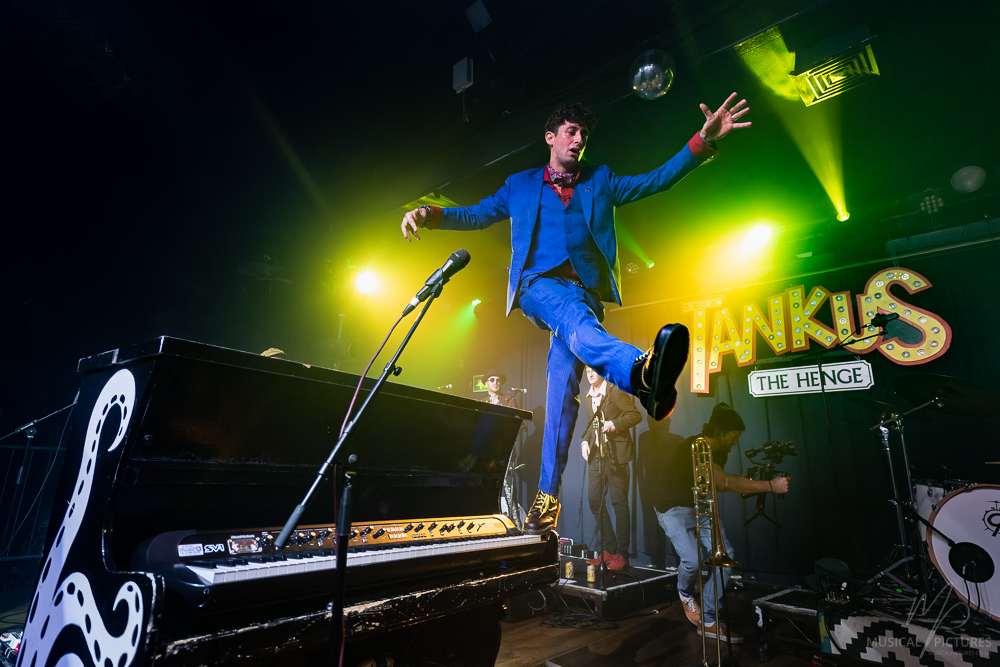 Holding it all together is Delorean’s keyboard playing and vocals (that, at times, takes on a Waitsian rasp). Both get as much attention as the stagecraft, to the extent that he’s soon drenched in sweat and taking swigs from a giant carton of orange juice between songs.

But, just like the enraptured audience, the energy never flags and the smile never fades.

Pictures by Simon Reed. Simon’s website Musical Pictures is here and you can visit his author profile for Louder Than War here. He tweets as @musicalpix.