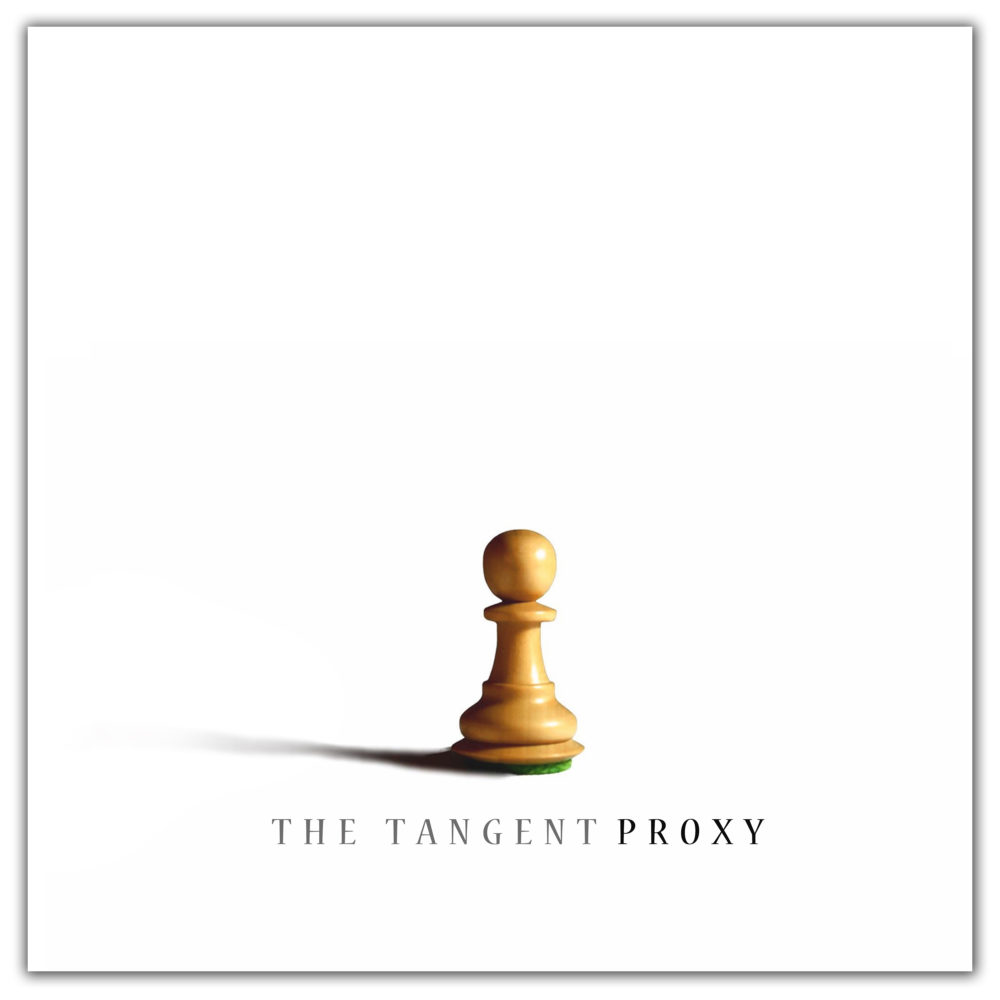 Andy Tillison’s troops turn out another slice of immaculately played prog rock with bite, incorporating more than the odd diversion into uncharted waters – and why not?

Following up pretty rapidly on the back of last year’s The Slow Rust Of Forgotten Machinery and it’s wonderfully evocative  cover art, we’re presented with a much sparser introduction via the simple pawn, immediately (to these ears and eyes) bringing to mind Dylan’s ‘Only A Pawn In Their Game’. Maybe reading more into it than I should be but being aware of some of The Tangent’s more recent direction, it’s maybe reasonable to take the hint that there may well be a dig or two at the state of the world and that no-one is safe from the astute Tillison observations.

Buoyed by the band that recently toured as Tangekanic, most notably well travelled bassman Jonas Reingold and rapidly emerging and understated  guitar slinger  Luke Machin,  they combine on the sprawling title track that on the surface initially presents  a familiar prog rock intro yet soon becomes a vehicle for a soulful jazz funk fusion and a heads up  that there may be a few twists and turns on the road ahead. Cool jazzy flavours cast a graduated hue over ‘The Melting Andalusian Skies’, Luke Machin effortlessly getting in some Howe-like licks while ‘A Case Of Misplaced Optimism’ could easily soundtrack a seventies episode of Starsky & Hutch. Huggy Bear strolling down the mean streets of Harlem accompanied by the funky  grooves and soul of  The Tangent? Stranger things have happened.

The influence of electronic dance music via Ibiza dominates  ‘The Adulthood Lie’ and comes  mixed in with the sort of squealing synth noises you’d probably last have heard on Tarkus.  Things come to a head though with the brilliant Supper’s Off and whilst admitting to not being overly familiar with the whole of the Tangent catalogue, this is the one track that stands up and stands out as a jewel in their crown.  The one track on the album that might be the easiest to pigeonhole as genuine prog rock and to lay as bait to tempt  any doubters. For starters, there’s the obvious temptation to listen particularly carefully for any musical clues to Genesis’ Supper’s Ready only for these untrained musical ears to be disappointed. Lyrically the ears prick up at a mention of six six six,  but that seems about the only tenuous link I could make. Not an issue though as the ‘new supper’ thrives with wonderful vocal and musical hooks enough to forget that it’s a taking to task of modern society while reminiscing about the idealism of the early prog pioneers.

Supper may have been ready, piping hot and primed for serving by Genesis back in 1972, but in present day  2018, the delicacy has certainly gone off  – rank and rancid even – and it’s been impossible to stop  playing this track with its earworm instrumental signature  that opens and closes (complete with flying synth soloing). Within two minutes he’s been off on a rap to match Damon Albarn’s Parklife rapping over growing up in a time when people walked on the moon, rock festivals were free and you could take your own drinks and later on berating contemporary music ; the corporate business model of music – the Rolling Stones in presidential campaigns and SuperBowl half time exposure. Andy Tillison suddenly emerging as the John Cooper Clarke of prog rock? Believe it.

Watch/listen to The Adulthood Lie here: