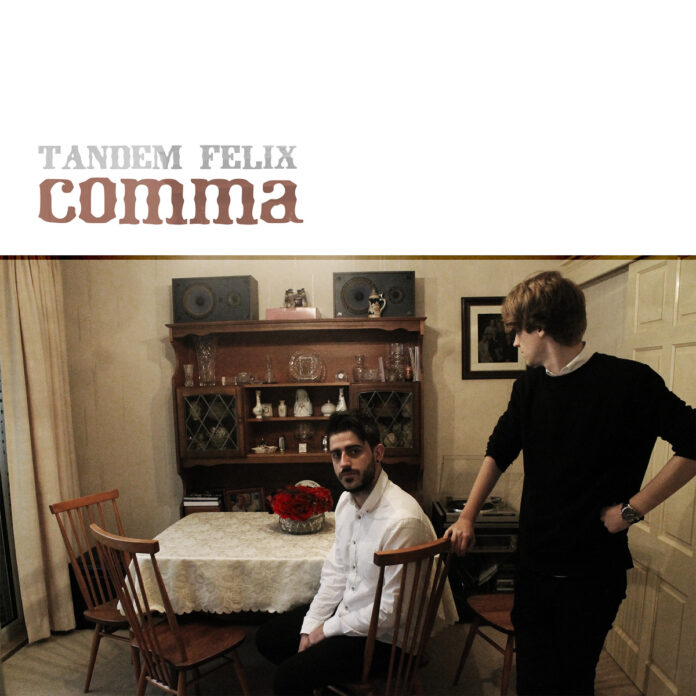 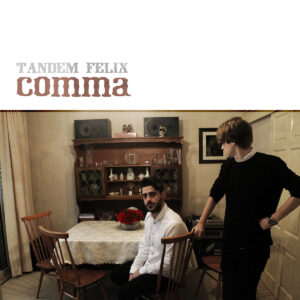 Dublin’s Tandem Felix have been quietly making waves over the last couple of years with sold out New York shows proving that they are connecting with the right people and with Comma, a five track EP to be released via Trout Records, those waves are only set to get bigger.

Opener, Nothing I Do Will Ever Be Good Enough, struts into life with a mixture of confidence and shame as David Tapley sings about a broken relationship with an air of despondency and anger aimed at a certain someone but also aimed inwards laying out what he feels are his personality failings. Musically, NIDWEBGE plays out like a subdued Travelling Wilburys or the painkiller infused moments of Wilco’s oeuvre.

We carry on in this vein for Waiting In The Wings which is suitably hazy in approach and loaded with pop hooks and addictive melody whilst following track Moon Tingles sucks us deeper down as a plaintive acoustic guitar settles us into the most powerful song here. Moon Tingles swirls around with a devastating use of lap-steel guitar and violin reaching those parts of our soul that contains those most painful of memories. This is most ‘American’ sounding song on here but whilst the press release mentions artists like Neil Young it is the alt-blues of Eels and Bonnie Prince Billy that really spring to mind.

Union St. Blues and Mandarin close the EP with the former throwing the banjo to the front whilst maintaining a warped edge with its use of the Farfisa organ and the latter sends us on our way with a hymnal, almost soulful lament for lost love. A great closer.

With Comma, Tandem Felix have created an EP that is unashamedly heartbroken. It’s a beautiful creation and is something that suits these sunny days as it not only bursts with light but also delves into the dark.

All words by Simon Tucker. More writing by Simon on Louder Than War can be found at his author’s archive. He also tweets as @simontucker1979.