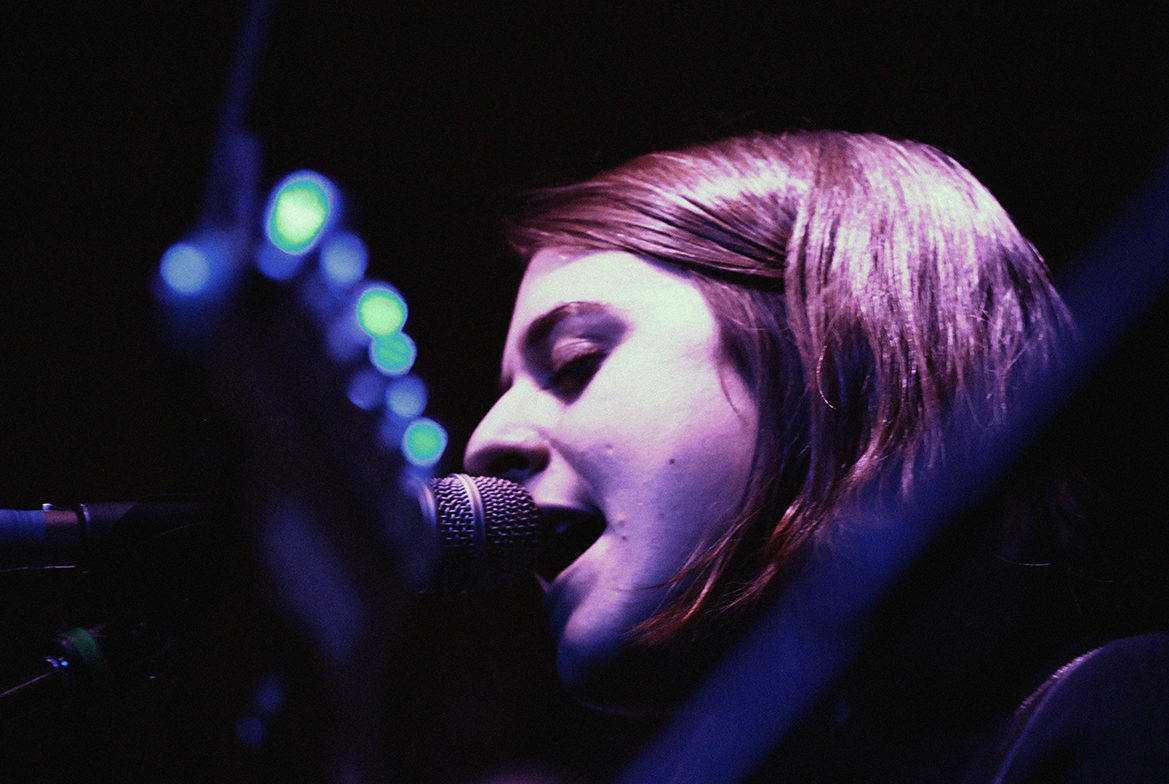 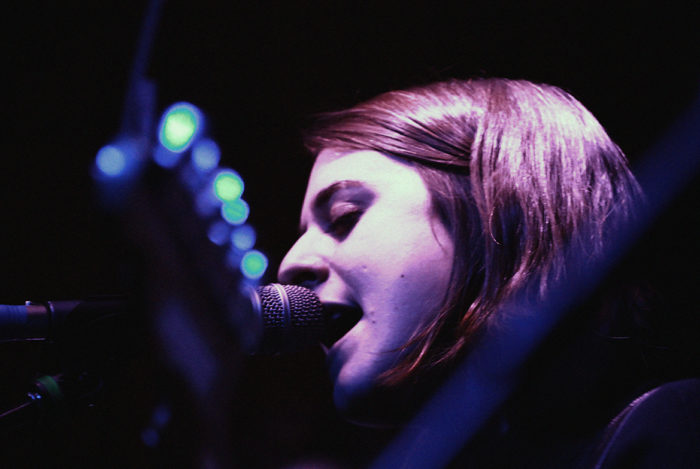 US musician Jess Abbott, formerly of the band Now, Now, has been making catchy indie rock under the name Tancred since 2011. Louder Than War’s Cazz Blase saw her play on the current UK tour at Manchester’s Gullivers, with photos by Shari Denson.

Tancred’s November UK tour was initially intended to be a co-headliner with indie pop band Kississippi, but they were forced to pull out after just four dates, citing personal reasons. The original support band The Winter Passing, an appropriately noisy indie punk outfit, are still on the tour, but Kississippi’s absence makes for a shorter evening and, you suspect, a slightly less fun atmosphere on the tour bus.

The UK tour began in Norwich on the 14th November and concludes at the Moth Club in London on the 23rd. Tonight’s venue, Gullivers, is an intimate room in a stylishly refurbished pub located at the heart of Manchester’s hipster district, the Northern Quarter. It feels quite attic like and homely.

At half nine Tancred complete a short soundcheck and launch straight into their set. Abbott is unobtrusive, dressed in a black ‘Steve Jobs’ style polo neck and black jeans, her neat jaw length brown hair parted in the middle. Her band, three lively and enthusiastic musicians who provide extra guitar sound and drums, are impeccable. 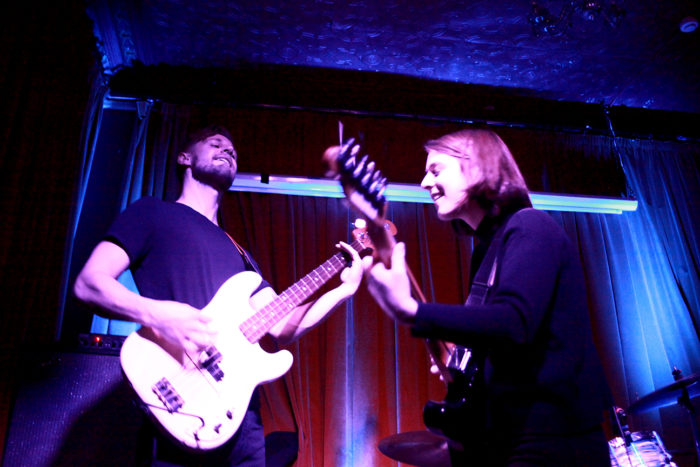 They are playing a mixture of songs from their third and fourth albums, Out Of The Garden and Nightstand, to a small but very enthusiastic audience of fans and hipsters who dance, cheer and clap wildly. Set highlights include the brooding ‘Pretty Girls’ and the swaggeringly sexy ‘Underwear’, which is delivered with a sort of pent up aggressive energy that is part yearning, part self loathing. The sunny ‘Something Else’ and ‘Queen of New York’, both singles released earlier in 2018, also feature.

Tancred’s sound is firmly located in the indie rock end of the spectrum, though there are aspects of the sound that are clearly tinged and influenced by punk and grunge. They feel very 90’s in some ways in that both Abbott’s voice, and the band’s sound, are reminiscent of artists such as Juliana Hatfield, Mary Lou Lord and Liz Phair. There are also echoes of Veruca Salt when they go more grunge. This isn’t a criticism; the band’s sound is fresh and Abbott is clearly an assured and innovative songwriter so the echoes from the 90’s are integrated rather than derivative.

The band are called back for an encore, which they clearly hadn’t expected. ‘Not Likely’, a track from their 2016 album Out Of The Garden, is called for by sections of the crowd, causing the band to become slightly flummoxed: Can they remember how to play ‘Not Likely’? It’s been a while… As a compromise, Abbott suggests playing the single ‘Reviews’ from most recent album Nightstand. In the end, the band play ‘Not Likely’ and then ‘Reviews’. 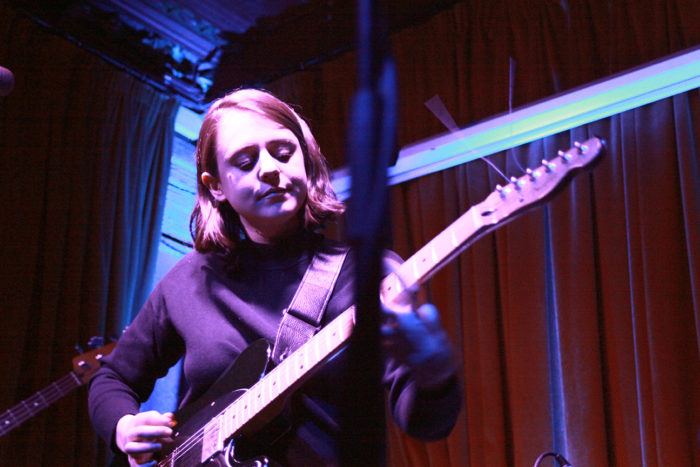 Choosing ‘Reviews’ means that Abbott needs to completely re-tune her guitar before she can play it. As she is doing so, the rest of the band keep the crowd entertained with a rundown of what they’ve been doing earlier in the day in Manchester, a city they like because it feels the most American of the places they’ve been on this tour. They are all very big fans of Pieminster apparently.

Abbott is having some difficulty with her guitar. She retreats to the back of the stage to fetch her glasses so she can see what she’s doing. Guitar re-tuned, she’s ready to go. Perhaps not the best choice of song for a set closer she concludes afterwards.

It’s the end of the show, really this time, and Abbott springs from the stage and heads straight for the merch stand. It’s been a slightly re-organised night, and tour, but one that’s been well received both by the established fans and new alike. Next time will be even better.

Cazz Blase is the music editor at UK feminist website, The F-Word. She blogs about music and writing, is based in Stockport, and is available for freelance commissions

Photos by Shari Denson. You can find out more about her excellent work here