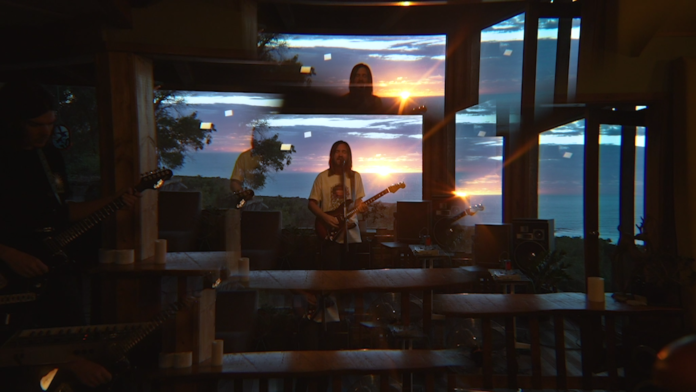 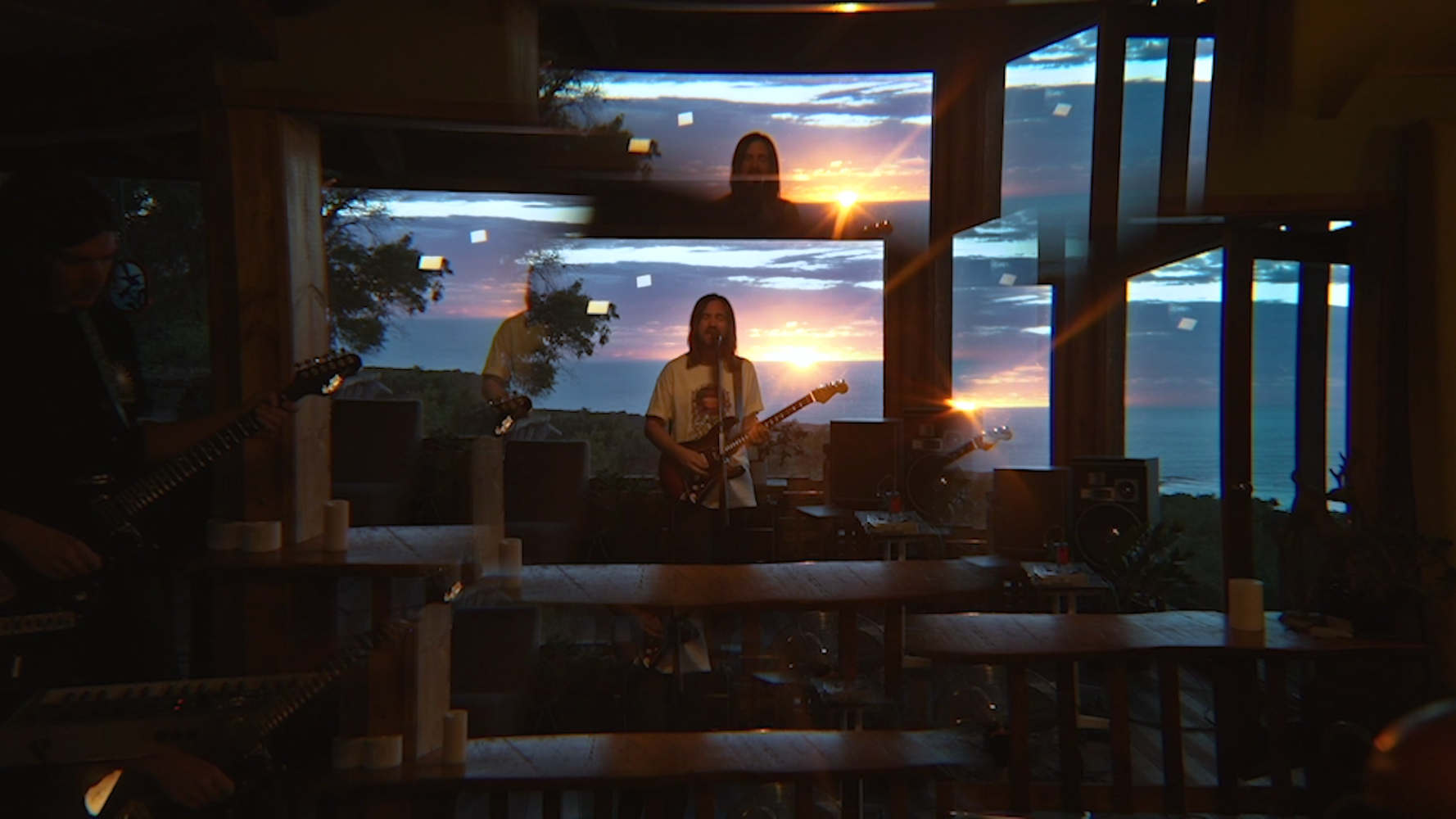 It’s been eleven years since InnerSpeaker, a stunning debut record of Tame Impala, was released. During this time, the band became a veritable hit machine, the members settled down, some grew beards, others got their hair cut shorter. Unlike the lives of Kevin Parker, Jay Watson and Dominic Simper (the drummer Julien Barbagallo joined them later in 2012), the landscape around Wave House, the improvised studio on the beach hut premises, hasn’t changed. One, who watched the InnerSpeaker Memories documentary, might immediately recognize picturesque waves and watercolour-esque sunset – the scenery which defined the sound of the band’s stunning debut record.

Separated from their international audience by screens, distance and time difference, Tame Impala perform songs that were recorded in the same rustic lounge room back in 2009. A few moments before the set begins, they move around with instruments in their hands displaying familiarity with space. Last year Kevin Parker bought the facility where two of his albums – InnerSpeaker and Currents – were taking shape.

The set runs in the order of the InnerSpeaker’s tracklist. Starting with It’s Not Meant to Be (also known as In All Honesty), the band reconstructs the wistful sound of the record infused with the sweeping hurricane of psychedelia. Yet, the pop stance refined by years of performing sold-out shows and headlining festivals cannot be taken away. Parker’s vocal is more direct, he’s wearing a T-shirt, displaying the name of a funk band Pleasure. Indeed, his body language and relaxed presence seem to communicate satisfaction and known pleasures – those of success with his music and, perhaps, of fatherhood. 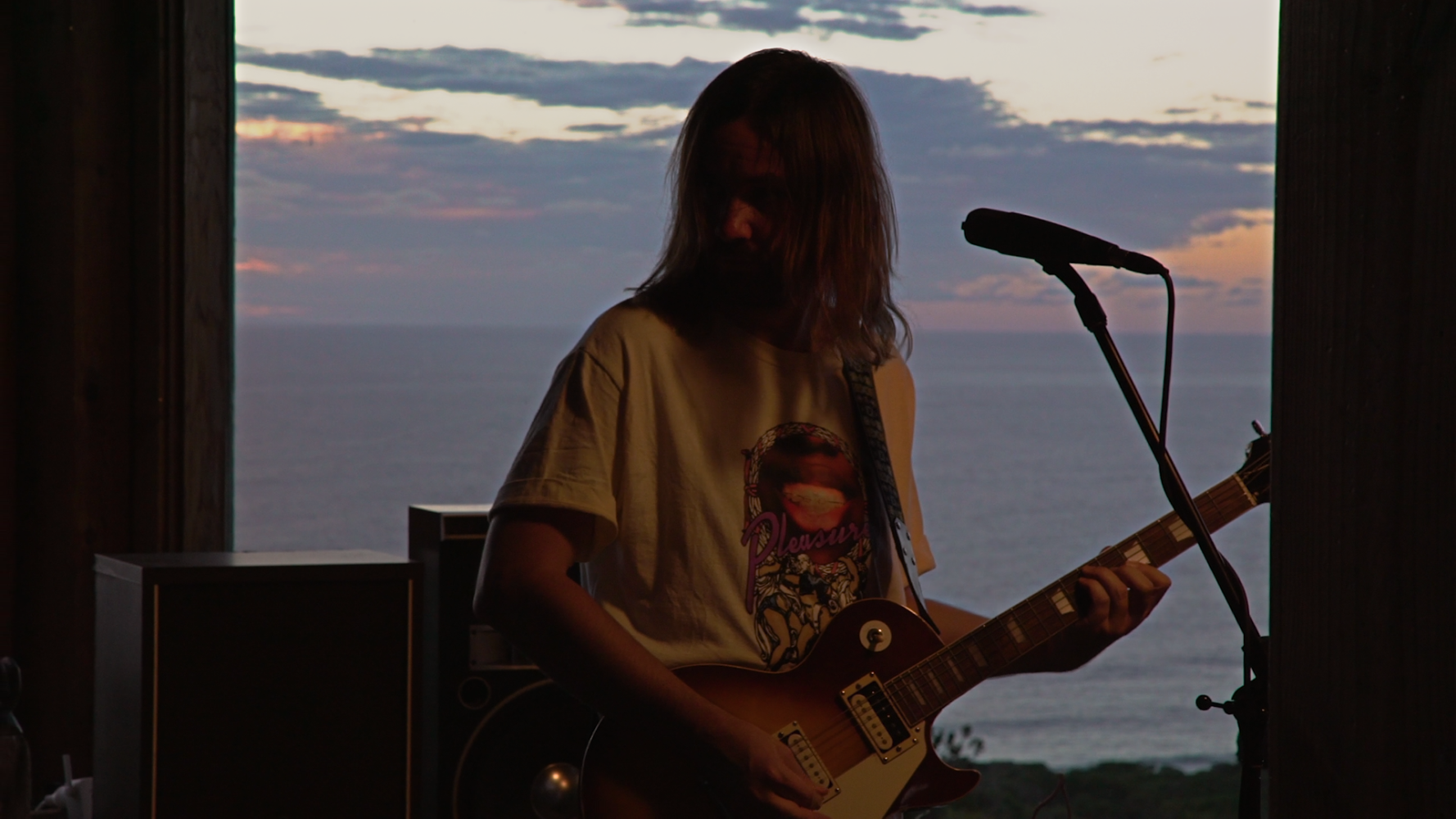 After slightly languid It’s Not Meant to Be, the band delivers Desire Be Desire Go with an expected force. The same goes for Alter Ego. Moments later, humming a tune that conjures up I Feel Free by Cream, Kevin Parker dives into Lucidity. Performing a habitual role as a guitarist, he is obviously in his element. Although catching his distant gaze, one might wonder whether the musician thinks he has grown out of this. His long-time bandmates Watson and Simper play bass and guitar/synth respectively. Crunchy Hofner bass and Gibson create the multilayered texture where the melody is coated into buzz. The sound that combines tuneful quality and irresistible energy intensified by multiple guitar effects is the mojo of the album.

Followed by chart-sweeping Lonerism and Currents, InnerSpeaker will always remain a psychedelic gem in Tame Impala’s career. Recent anniversary reissue presented different dimensions of the record, including demo versions and jam sessions. Inevitably, the release put out on the major label, has become a subject of mythologizing. Woven carpets (and pillows) with the depiction of the album’s cover are available on the official Tame Impala website. It is hard not to pay attention to one on the floor at Wave House while listening to Solitude is a Bliss.

Similarly, the sense of immediacy is somewhat disrupted by the final realization that the show was actually pre-recorded a few hours before the broadcast. Does it make any difference in the world that (hopefully temporarily) functions on a semi-digital basis? Probably not. Any stream, whether it’s live or not, will never deliver the same energy as an actual presence of musicians and the audience. Still, this gig gives a unique chance to see the band performing a full setlist from their older album that they would unlikely play on a regular basis. As much as the record does, some episodes of the set evoke a cathartic feeling. The reprise of Expectations, with its steadily evolving flanging effect, induces a trance-like state.

Fair enough, I Don’t Really Mind, the final track on the album, concludes the set with an open-ended finale that bleeds into the reprise of Runway, Houses, City, Clouds. Despite all the changes and fluctuations, imposed by time, it still casts a spell.