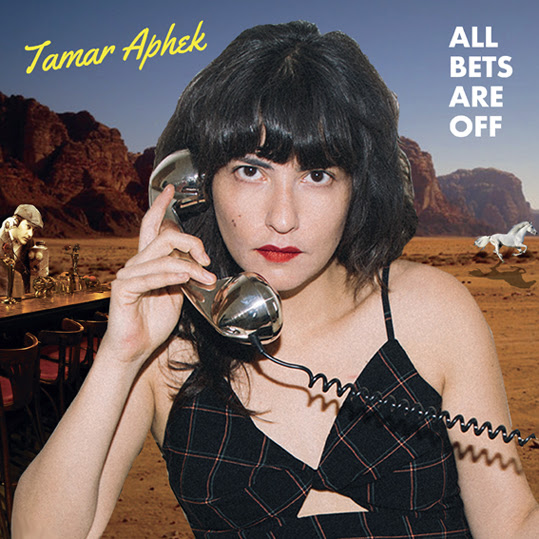 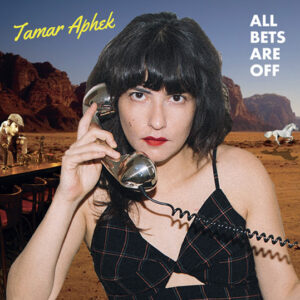 All Bets Are Off

There are not many acts from the Israeli rock scene who make it onto the international stage but Tamar Aphek’s confident debut suggests she will continue to find an audience outside the middle east.

Lead single Russian Winter opens up showcasing Aphek’s playing – which won her the title ‘Israel’s guitar goddess’ from Timeout Tel-Aviv – as her bandmates bassist Uri Kutner and Yuval Garin on the skins bash out some strutting blues-rock ending with some East European keyboards. Show Me Your Pretty Side keeps the pace up before All I Know slows things down a bit as the tight trio get their breath back, and then offer a tasty slice of indie-pop on Drive. Tamar is a decent vocalist with plenty of variation bouncing easily between styles.

This album was recorded at the studio used by funk and soul label Daptone, and Tamak improvised most of the guitar parts on her world tour. She’d also been listening to bebop albums to make the album seem less calculated. On the whole, she pulls it off as there is plenty of time and space for the band to work with on all the tracks. Her willingness to experiment is even more impressive as the law graduate only started listening to contemporary music when she 18, although in fairness she did have a solid musical education in an Israeli conservatoire.

The big track is Crossbow which has the swagger of Zeppelin at their best as Garin channels the spirit of John Bonham, and Nothing Can Surprise me has the feeling of an epic studio jam as drums, echoey guitars and languid vocals mesh together. Unfortunately, it all goes wrong at the end with a surreal version of As Time Goes By made famous in all-time classic movie Casablanca. Aphek says it is supposed to embody her belief in the basic idea of love and friendship, but sadly it is a contender for worst track of the year, and best skipped if you have the CD.

There may actually be too many ideas on All Bets Are Off for a debut album as there is no sense of a band identity, which may well be deliberate, but can be disconcerting at times. Still being too inventive is hardly the worst thing you can say about a record that tries to be thought-provoking and entertaining.