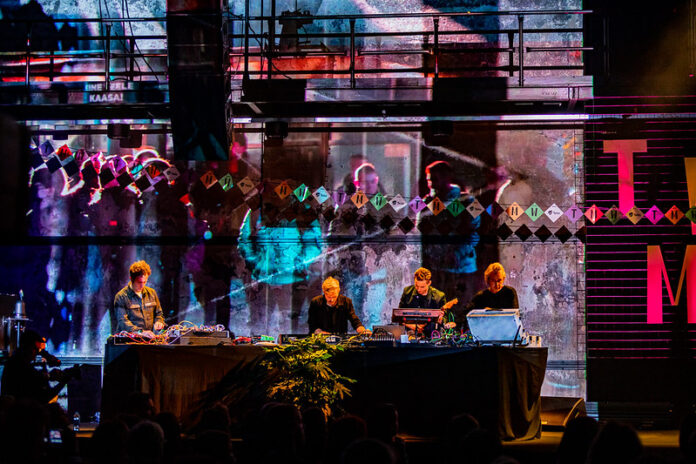 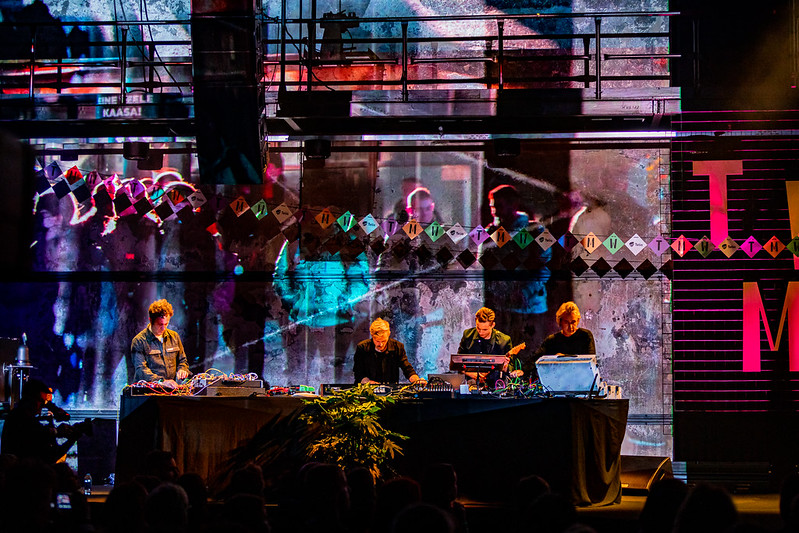 Unstoppable Tallinn Music Week celebrates freedom and teaches a thing or two on how to curate chaos.

The latest edition of Tallinn Music Week takes place in the year which commemorates events of political and cultural scale. The anniversary of Estonian independence coincides with the 80th jubilee of Eesti Kontsert, the Estonian Concert Organization that has been contributing to the diversity of the local music scene.

Impressively, Estonia is a living example of culture and politics going hand in hand with no visible sign of intimidation. Traditionally, the opening ceremony of the festival begins with a speech by the country’s President. With a thought-provoking and heartfelt message, Kersti Kaljulaid addresses the role of creativity in finding a balance between freedom and responsibility. “The most gentle way to influence each other’s thinking, to share our thoughts, is a creative solution. That is why it is no surprise that it is people in culture, the creators, who help us grow in our difficulties towards a place where we find solutions”.

The innovative solutions have been, indeed, integral to the strategy of the Shiftworks agency team, responsible for Tallinn Music Week. At a time when the pandemic still knocks on the door of creative industries, they bravely maintain the old format while introducing necessary health and safety measures. The festival-goers are either required to take PCR or present the proof of vaccination to join the event. Venues with large capacity double-check people’s vaccination status.

Meanwhile, the charm of Tallinn dissolves anxieties. It’s no surprise that the city is often presented as an escapist destination in popular culture, e.g. films by Aki Kaurismäki. Following the footsteps of Kaurismäki’s characters, American journalist Alex Maiolo and Jonas Bjerre from Mew came here to join forces with Estonian musicians ​​Erki Pärnoja and Jonas Kaarnamets. During a two-week art residency, the quartet prepared Themes for Great Cities: Tallinn, an audio-visual performance featuring sounds of the Estonian capital. Premiered at the opening ceremony, the composition captivates the audience who quickly distinguish familiar sounds entwined with the ambient music texture. One might recognise squawks of seagulls and the resounding tramp in the tunnel near Freedom Square. “We spent every day, morning till evening, figuring this stuff out, we had this source material, the recordings of the City, that had been done before I arrived”, says Jonas Bjerre after the performance. “There is a lot of behind the scenes. It felt like curating chaos – when you have a lot of stuff and then you pick up on these two things. So we kinda allowed ourselves the freedom to choose.”

Perhaps “curating chaos” is a metaphor that perfectly describes the organisation of a hybrid music event. This time the festival embraces various parts of the City, including Old Town, the creative hub of Telliskivi and recently renovated facilities of the former harbour Noblessner. Logistics implies refreshing walks between venues.

One of the key music festival locations is the formidable Kultuurikatel, a gentrified power station in proximity to the old town walls. Hosting the turbulent shows by Hatari and A Place to Bury Strangers, it becomes the eye of the thunderstorm. The latter play here performing their habitual ritual of dissolving into the crowd. Carrying the box and music equipment across the floor, they leave a trail of excitement. For those who see this for the first time, the performance looks extremely spiritual, exorcising intense energy and dark creativity. The fantastic drumming of Sandra Fedowitz contributes to the tribal feeling, while John Fedowitz’s striking bass and the wall of noise by Oliver Ackermann create the whirlpool of sound.

Inevitably, the mild buzz in the ears becomes a soundtrack for the rest of the evening while the question “What the hell was that?” forms the chorus in this existential soundscape. The feeling might be familiar to those who recall their experience of seeing Jesus And Mary Chain for the first time.

Smaller venues offer extraterrestrial sensations of a similar scale. From Russia, Lucidvox perform at F-Hoone, bewitching the crowd with emotive tunes of folk song and dark psychedelic sound. Although being a solid power, each of the four-piece band brings up distinct energy to their common spell. With a sprig of mysterious plant attached to the microphone, they perform alchemy, transforming vulnerability into an unstoppable force.

Despite being focused on the local scene, Tallinn Music Week presents a line-up generously interspersed with foreign names. Some showcases are dedicated to introducing talents of one country only. Curated by the Canadian Independent Music Association (CIMA), Made in Canada delivers a sense of community, with artists such as Slow Down Molasses and St. Arnaud on board.

Nevertheless, the unique and diverse nature of Estonian music defines the spirit of the place. The name of Uus Laine bar translates as new wave and defines the course of Heaven’s Trumpet showcase presented there. The duo Vera Vice takes the stage with the set-up inspired by an analogue synthesiser workshop that the musicians took at the Estonian Academy of Arts. Their pre-raphaelite physique embodies the ethereal nature of music woven with layers of pads, lulling spoken word and yearning vocals.

The next set by Eesti Elektroonilise Seltsi Ansambel feels like a seamless transition towards the even more dominating synthesiser-based sound. The ensemble performs compositions by the pioneer of Estonian electronic music Sven ​​Grünberg. His stunning soundtrack to Dead Mountaineer’s Hotel challenged the perception of the Soviet spectators. Keeping up with the cinematic concept, the set is accompanied by visuals, filled with popular sci-fi references. The space image featuring crawl text à la Star Wars is followed by a giant fireball akin to the great evil in the Fifth Element.

Inspired by the creative heritage of Arvo Pärt, Estonia has been celebrated as one of the countries with a neoclassical stronghold. It is also known for its abundance of choirs, having more than 700 collectives. Considering the population of nearly one and a half million people, that’s all the more impressive a number. Quite a few venues are designed to provide stunning acoustics to an admirer of choral music. Performing at the House of the Blackheads, Chamber Choir Encore casts a spell with celestial polyphony.

With all the planning and flexibility, the agenda of the festival feels inseparable from the team’s deep inspiration and love for their culture. Combined, love and courage perform things that cannot be interpreted in any other way than magic. Or life as it should be.

The next edition of Tallinn Music Week will take place in May 2022. More information is on the official website.