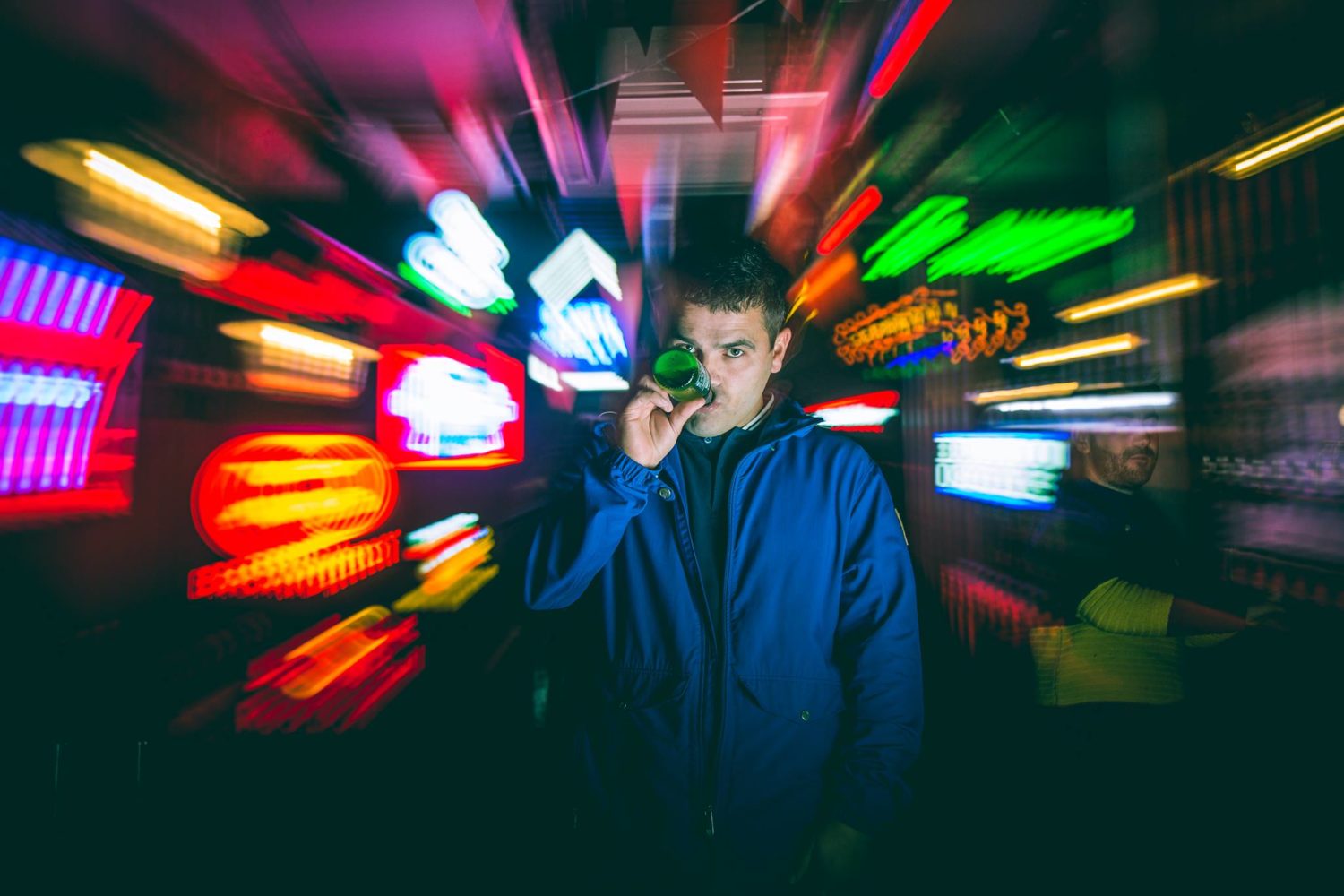 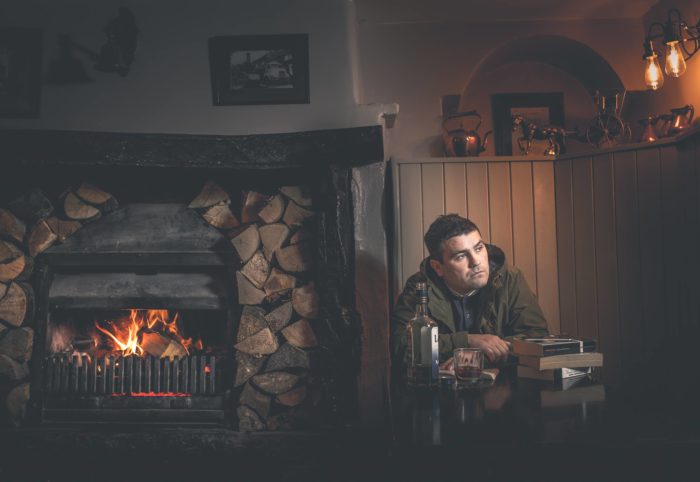 ARGH KiD is a man on fire – metaphorically speaking, of course. This urban spoken-worder with a wit to match has most recently burned down the barriers between ‘poet’ and ‘recording artist’, putting himself out there with a brand new tune and venture into music – FRANK. It is out now, and available here.

And get ready to feel the heat. FRANK is a sizzling track, recorded by ARGH KiD himself at Salford’s own notable Blueprint Studios, featuring Ska-infused beats, blistering wordplay and a relentless rhythm; telling of working-class experiences and edgy encounters. It is the first single from his upcoming album (due March 2019) ‘Haven for Heathens’ and marks a significant step for this Longsight-born artist, smashing together his spoken-word excellence with slick musical synchronicity.

Why this direction and is it a risk? After all, ARGH KiD’s poetry has earned him a high-flying reputation.

But with lines interlaced into the tune including the likes of ‘he’s a plastic spoon in an Eton Trifle’, fans can be assured that they are getting plenty of the much-loved poetic punchiness and wicked wit ARGH KiD is known for – just turned up, to the max.

And it seems like FRANK is indeed making an impression – XS Manchester, BBC Introducing and Radio X Record of The Week prior to its official release. He also had a smashing single launch party at Manchester’s innovative venue 53two, was interviewed on Granada Reports and chatted on the first episode of the MancMade Podcast.

Here at Louder Than War, our Emily Oldfield decided to talk to ARGH KiD – aka David Scott – about his new direction, dirty beats, his creative practices and plans for the future…

1) Hi Dave! Was there a particular point you decided to branch out into working with music and what was the inspiration behind it?

“It’s always been the endgame. I’ve always said my “poems” were just acapella songs I was figuring out what music to put them to; and how to do it. Part of me didn’t know how to respond to the success of the poetry ‘cos inside I was always thinking ‘This is just 50% of it, I’m only giving them half – what if they could actually hear the music in my head that I actually write to.’ The last two years felt like underpinning of where we go next.”

2) How would you describe your own work? i.e. does the music turn it from poetry into something else (?) or do you think people should be creative in any medium they like and let that do the talking?

“Once it’s out in the public it’s no longer my song, is it? Obviously I’ll have influences that got me to the point of putting it together but listening to music can be such a personal process that I find it way more interesting how others describe my work. I love how things can be interpreted. That’s one of the most fascinating things about creating anything be it poem, song, painting etc.

“There’s so many times where people have said such a line has resonated with them through their past experiences and yet I’ve written it because I thought it was just funny word play and so on. Someone on Radio X the other day referred to it as a “A Town Called Malice” for a New Generation – which is fucking insane but when you look at the lyrics side-by-side you can see where they get that from. But I’d never ever have come to that comparison.

“I spent a large part of my life trying to stop people from pigeonholing me NOT to be creative so now I’ve managed to carve a career out of it I’m not going to be told how to be creative. That’s a funny juxtaposition isn’t it, Limited Creativity?” 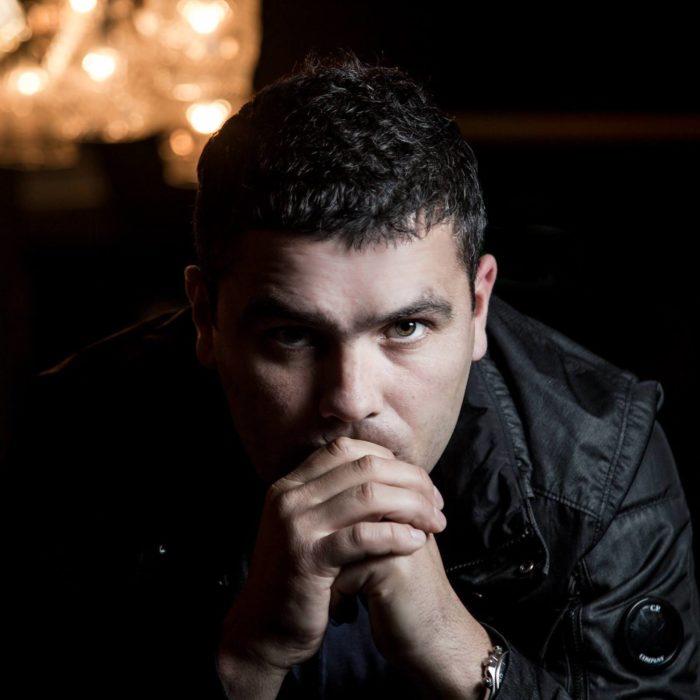 3)‘Frank’ is a gritty track which delves into working class experiences and aspirations – why do you think it is important to address this and do you think it gets enough coverage in modern music?

“I didn’t set out to write a track about the working classes. I only realised that’s what it was once we came to mastering. It’s just a collection of true stories told through one character. I’m not a fan on overtly preachy political art – I’d much rather tell a story than scream a manifesto. There’s a great quote “Whilst Marvin Gaye was asking What Was Going On, Curtis Mayfield was busy showing people” and that’s always been influential on me as a writer. I always prefer to paint the picture and others can attach their views of the subject matter from that.”

4) What has been the biggest challenge in getting ‘Frank’ together – and the most rewarding thing?

“The biggest challenge was getting the right people around me to make sure the output is exactly how I want. When you’re producing tracks, writing and making videos, designing artwork etc. It’s vital that I work with people that take my lead and directive and not try to mould me into something else…which has been the case on numerous occasions. I’m clear with how I see this whole thing looking from the start and I can be ruthless with decisions to ensure it is correct. That’s not to say I’m some totalitarian dickhead, I love the influences of working with others when it’s organic; but you can get fucked if you’re trying to turn me in the next such and such – and that tends to come from the non-creatives.

“The most rewarding thing is just seeing it come to life, and to work with some really talented people (Blueprint Studios, Dirty Freud, Steve White, Callum O’Toole) and create some cool shit. I didn’t have an end objective as such but to receive so many Single of the Week accolades from the likes of Radio X, BBC Intro, XS Manchester etc. I’m not gonna lie – I am buzzing mate!” 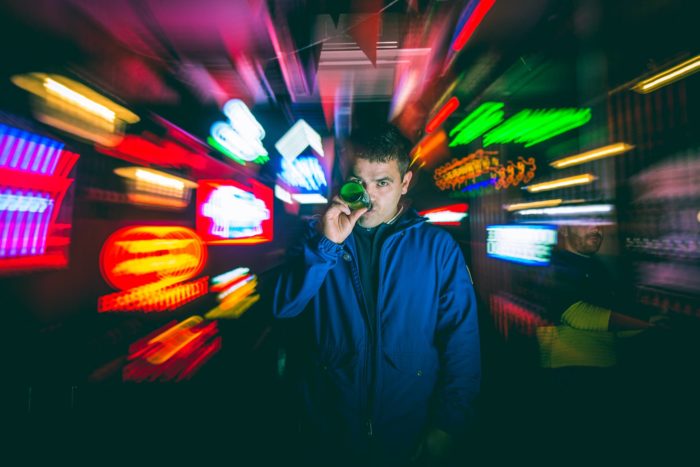 5) It’s been a busy few months for you it seems! What have been the stand-out highlights?

“Yeah, it’s been busy but I seriously don’t get much time, or the want, to look back as I’m always thinking about 2 or 3 projects ahead. We mastered Frank, shot the video and I was right on to the plans for the next thing. No time for looking in the rearview, as Jimmy Iovine would say.”

6) We are really looking forward to your upcoming album ‘Haven for Heathens’. Can you give us a flavour of what to expect?

“Sonically we’ve got a proper variety, from Doo Wop to Electronica with the thread being my vocals and words carrying the stories. The beauty of coming at this from a poetry angle is there is no genre, no box to fit in. It should be here in March and if it sounds as good as it does at demo stage then I really think we’re sitting on something pretty special. I’m currently debating which song to put out as the next single.”

7) What new music are you listening to at the moment and how does that inspire you?

There’s new music I listen to, but I don’t really find inspiration from it as such; I think it’s a trap if you try to take the lead from what’s on trend – it’ll sound shit and fake. So my MO has always been to create music that I like listening to, Golden Era Hip Hop and Golden Era Indie – so we’re sort of mashing up samples with live raw instrumentation and my words.

“New Manchester music (Stockport) – No Hot Ashes. It’s just a matter of time until them boys are off playing round the world – they are insanely talented, write great tunes and are obviously really enjoying themselves. They deserve to be huge.”

Photography: with thanks to Paul Husband